Red Hill is a road cut in north central Pennsylvania that exposes part of the Catskill formation from the late Devonian (Famennian stage). I've never been there but hope to visit in a week or two with the Delaware Valley Paleontological Society. In the meantime I have a couple of fossils I can show you that I've purchased. 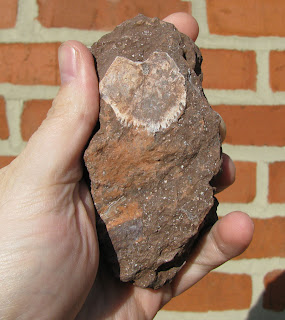 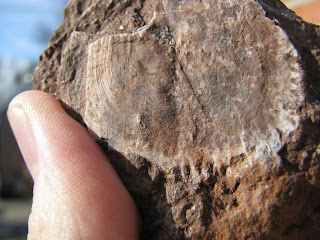 Closeups of the scale edge shows a lacy structure 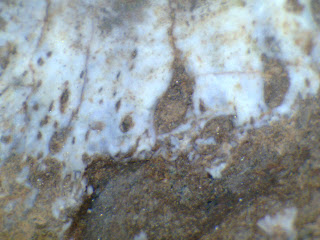 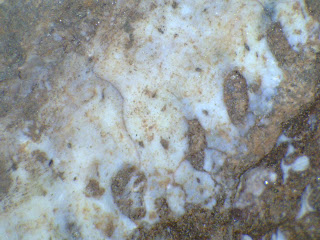 I like the layering that is visible in some parts 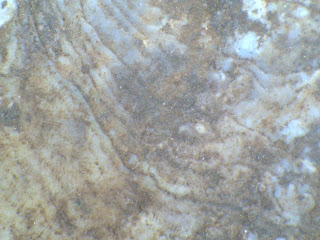 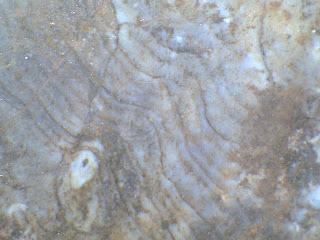 There are lots of good resources out on the internet for this site and the fossils found there. The best that I've found is the "Devonian Times" site.
Posted by Dave at 12:01 AM