Pyncnodonte convexa from the Navesink formation 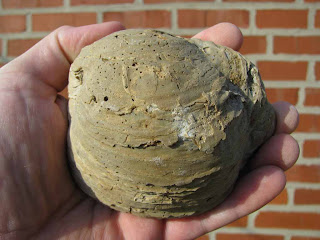 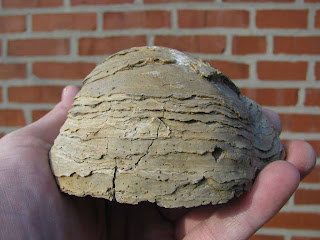 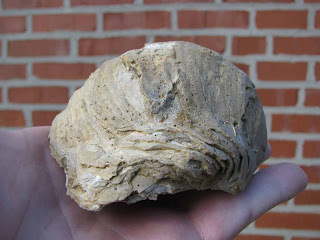 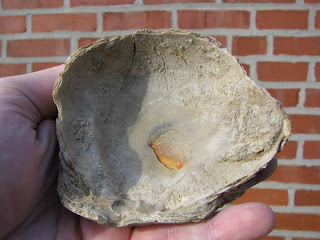 Left valve, left side profile. Note the worm tube that is embedded in the shell. 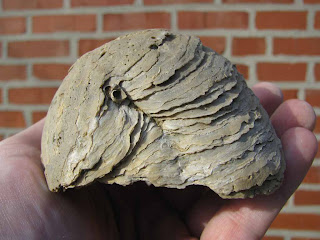 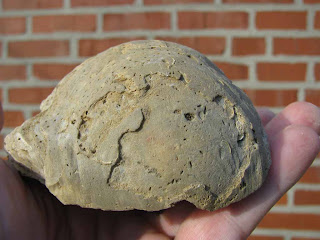 Here are a couple of the right valves which are smaller than the left valve and slightly convex. 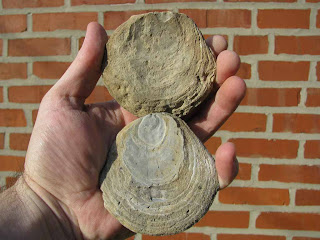 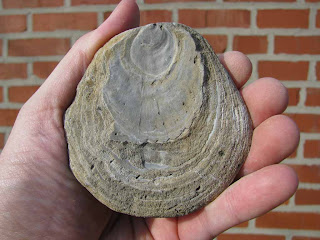 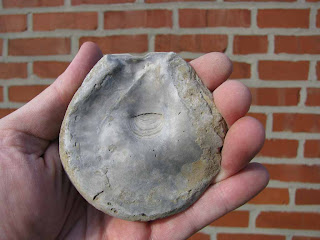 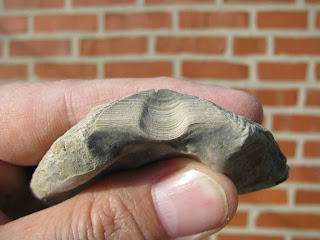 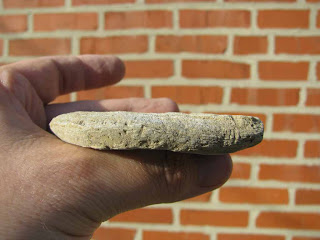 Shells of these oysters are often colonized by epibonts such as sessile worms, sponges and bryozoans. You can see some Bryozoans that have colonized the gaps in the right valve shell below. 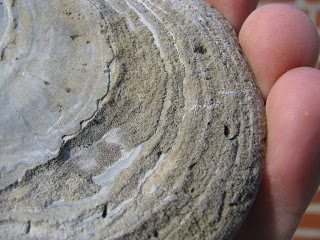 Here is a closer view of the worm tube that I indicated above: 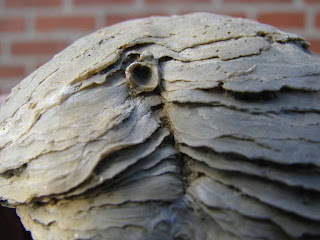