Stromatoporid(?) from the Keyser ls.

Recently I acid etched the specimen below out of some limestone from the Silurian aged Keyser formation. At first I thought it was a Stromatoporid which are calcareous sponges that lived in the oceans during the Paleozoic era. They were important reef builders along with Rugose and Tabulate corals and are known to occur in the Keyser and at the same location where I found this piece. 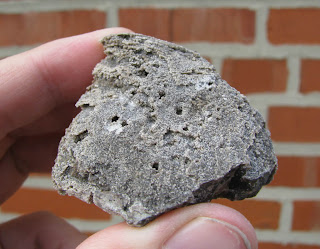 It is kind of nondescript and lumpy but when turned you can see some of the layering. 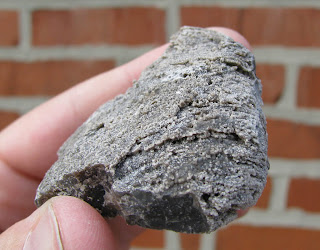 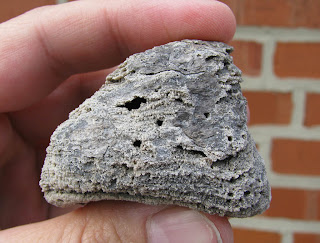 It was this view that made me think it was a Stromatoporid or possibly a Stromatolite (an algal reef formation). 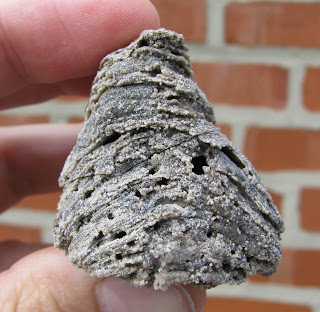 Bottom of the specimen 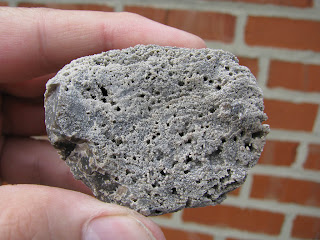 As I looked at the specimen more closely I saw many small cylindrical shapes. 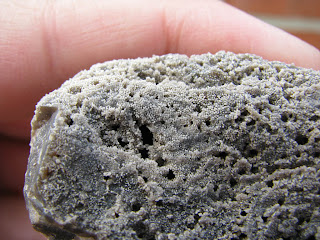 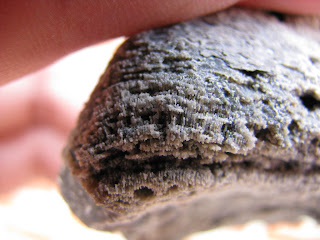 Now I am less sure that it was a Stromatoporid as I don't think they have this kind of feature. Maybe it's a Bryozoan colony instead? Could each of those cylinders represent where one animal lived? 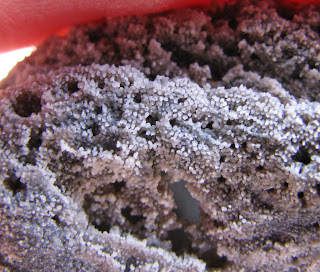 Another interesting feature of this fossil is that it's hollow inside. I don't think that has anything to do with the fossil itself but rather the fossilization process. You see, the fossil was originally preserved as a Calcite skeleton but over the millenia some of the calcium carbonate was replaced by silicon dioxide, or Quartz. When I soaked the limestone in muriatic acid, the calcium carbonate was dissolved away. This left a "shell" behind that was Quartz while the interior was dissolved away since it had not been entirely replaced. 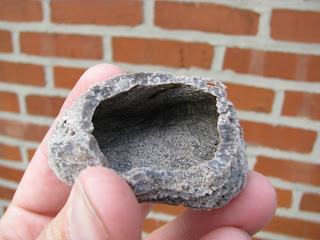 I've blogged about some of the true Stromatoporids I've found within the Keyser formation before in this post.
Posted by Dave at 12:01 AM