During a recent trip up to Arkona, Canada I found this unusual Brachiopod which resembles the mutant off spring of a Mucrospirifer and a Brachyspirifer. It comes from the Middle Devonian (Givetian) aged rocks near Arkona called the Hungry Hollow member of the Widder Formation. 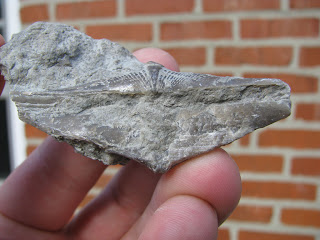 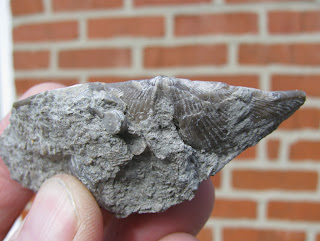 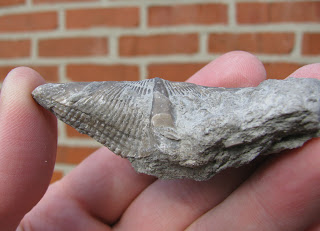 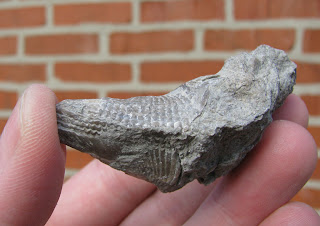 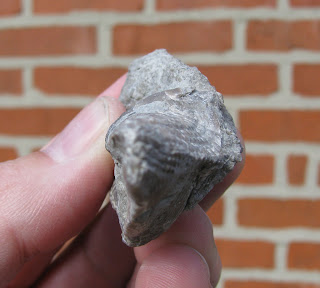 Stumped as the to ID of this odd looking Spiriferid, I looked it up in the most comprehensive resource available to me: Amadeus Grabau's "Geology and Paleontology of Eighteen Mile Creek" and it seems to match Spirifer("Mediospirifer") angustus (Page 213). The problem is this is not listed as a species that is found within the Widder formation. This is based on the 1958 publication "Checklist of Fossil Invertebrates Described from the Middle Devonian Rocks of the Thedford-Arkona Region of Southwestern Ontario by the University of Michigan.

So I may have found a new species that was not known from the Widder formation before now. Has anyone else seen a Brachiopod like this before?
Posted by Dave at 12:01 AM