Heliolites from the Louisville Limestone

Among the most common corals in the Silurian aged (Homerian to Gorstian) Louisville limestone is Heliolites. It forms wide, flat and rounded colonies but generally do not form mounds.

This is a prototypical colony which has fairly good detail preserved. It could be the species Heliolites romingeri but a thin section and clue study of the minute structures within the individual corallites would be required to confirm. 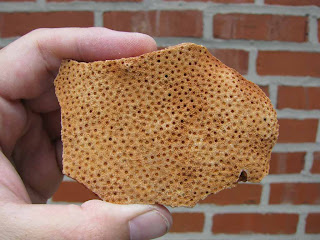 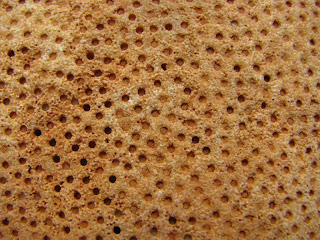 Note the underside of the colony which forms a kind of shelf with a variable width, "wrinkled" surface. This possibly indicates that it was on the bottom of the sea floor settled in the mud rather than raised above it. 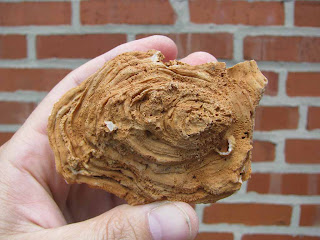 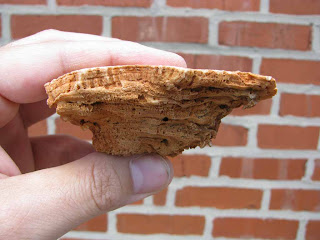 Here you can see a cross section through the coral. Note the many tiny columns, each of which represented a single coral polyp. 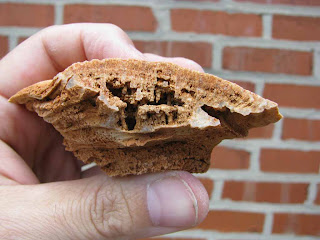 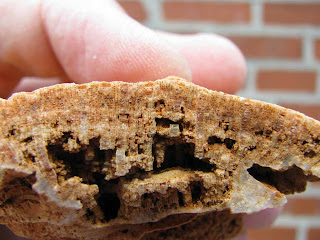 This is a second specimen which is not as well preserved but still shows some of the same features. 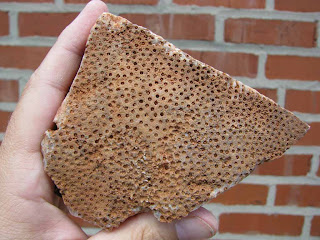 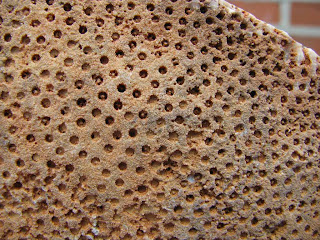 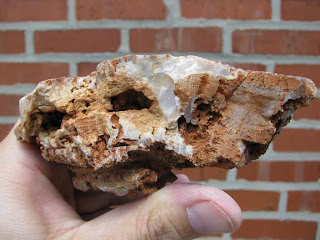 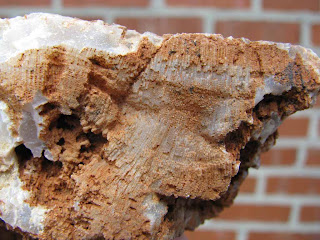 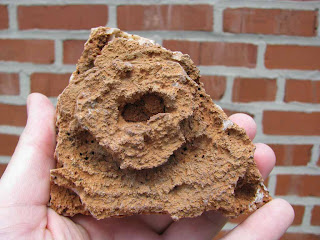 Thanks to Mike and Kenny for the ID help!
Posted by Dave at 12:01 AM