While parsing through my findings from Lockport, NY I found this triangular shaped brachiopod. I believe it to be a Rhynchotreta as it bears some similarity to the specimen illustrated over at Louisville Fossils. While his were found within the Waldron shale of Kentucky (roughly equivalent to the Rochester Shale in NY) mine is from the slightly older Irondequoit limestone Rochester Shale. Both are dated to the Wenlockian epoch, Sheinwoodian stage of the Silurian. 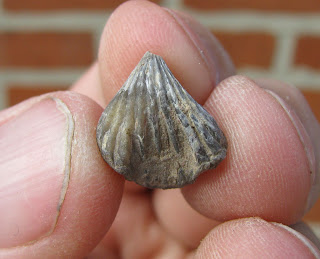 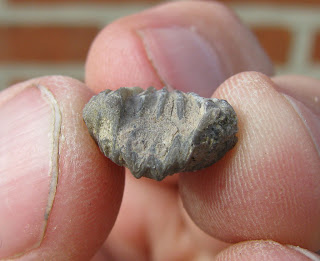 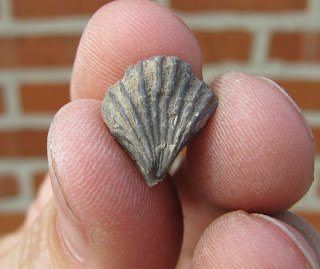 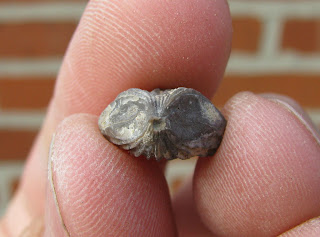 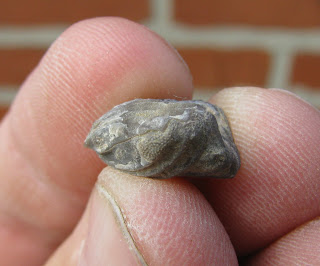 I'm finding scattered references to a species called Rhynchotreta americana around the internet while searching for info about the Irondequoit limestone. Apparently this is a common species name used for this shell within Silurian rocks.
Posted by Dave at 12:01 AM