Below is a gastropod fossil from near the town of Taganana on the island of Tenerife, Canadry Islands, Spain.  The label that came with it identified it as "Thais speciosa". I received this fossil in an exchange with a collector in Spain so I believe it should read "Thais sp.", meaning the collector did not know what species within the genus of Thais this fossil belonged to.  I am not able to ID the shell down to the species level either, and am unsure if it even belongs in the Thais genus and the exterior shell ornamentation does not match anything I can find on Google.
The shell is longer than it is wide but does not have a high spiral. The shell is thicker than the land snail shells I received in the same trade so perhaps it is marine in origin?
I could be wrong though, any readers of this blog have an idea what this shell is?
Looking from the tip down the axis of the shell 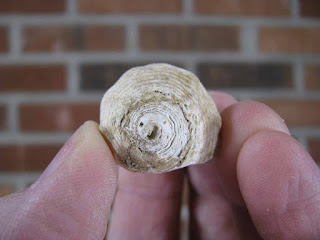 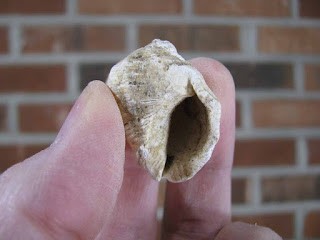 Looking at the bottom down the axis of the shell 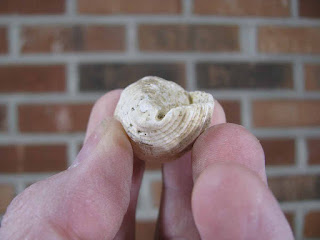 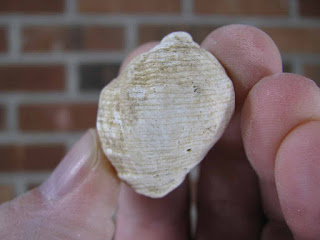 This fossil is Pleistocene in age and comes from soil deposits on the island of Tenerife in the Canary Islands, Spain.
Posted by Dave at 9:01 PM