This last set of fossils from the Canary Islands are small and delicate. I received these as part of an exchange with a collector from Spain.  He sent me the cluster of partial shells shown below. The shells are very thin and so were packed in cotton to give them some cushioning.
Cluster 1 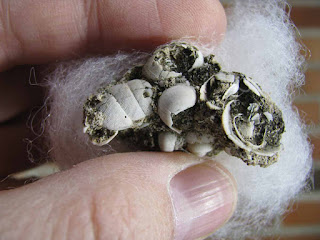 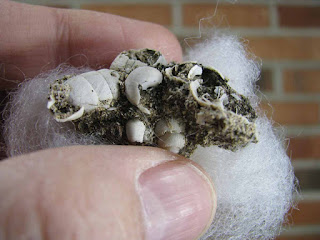 I also received this loose shell which is in good condition.  The label that was included listed these fossils as coming from near the town of Bajamar, on the island of Tenerife.  The label had them named as "Napaeus lajaensis" but a search on Google of that species yielded examples that did not match the specimens I have in hand. N. lajaensis is a more high spired shell with the tip of the shell being pointed, not rounded to near flat like my specimens. A little bit more searching and I believe I found a more likely candidate: Gibbulinella dealbata. This page from Wikipedia shows an example that is much closer to what I have, and it lists it as being found in the Canary Islands.
So I am comfortable changing the label to Gibbulinella dealbata as that seems to be a closer match.
Right profile 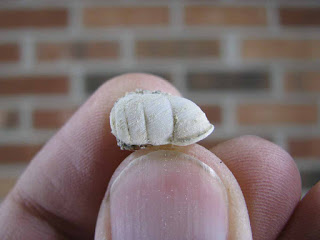 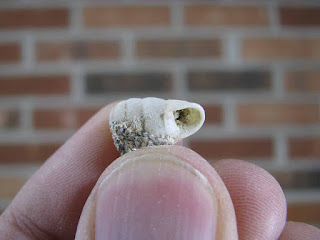 View of tip looking towards operculum 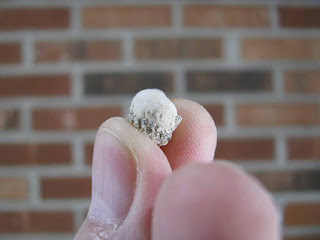 View of the bottom looking from the operculum towards the tip. 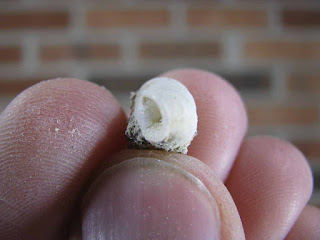 This fossil is Pleistocene in age and comes from fossilized dune deposits on the island of Tenerife in the Canary Islands, Spain.
Posted by Dave at 7:15 AM