The Bois d'Arc formation has some inarticulate brachiopods that can be found but they are often fragile and weather away quickly. I was fortunate enough to find two examples of varying preservation. I can't locate any literature that describes species that could be found and it appears that the inarticulate brachiopods were ignored by Amsden when he initially described the brachiopod fauna from the Lower Devonian of Oklahoma.

The first is a Lingula type specimen. I am not sure if the shell is warped or fractured as it appears the remaining shell material forms a halo of sorts around some matrix which has additional shell on it. 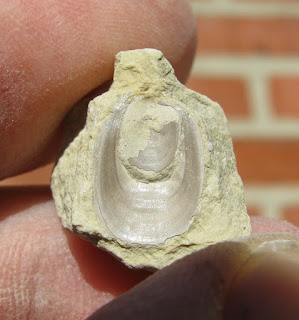 The other specimen appears to be similar to an Orbiculoidea type inarticulate brachiopod but there is precious little preserved to help identify it. 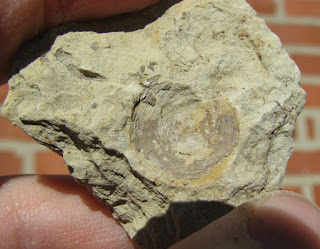 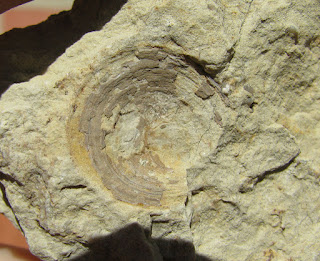