Anastrophia grossa brachiopod from the Bois d'Arc formation of Oklahoma

The genus Anastrophia first becomes widely seen in the Silurian and it extends into the lower Devonian before disappearing from the fossil record. The specimens below are Anastrophia grossa from the Bois d'Arc formation of Oklahoma. The shell is subpentagonal in outline with coarse costae present on both valves. There is a shallow sulcus on the pedicle valve that becomes much more expressed at the anterior margin forming a "u" shape. The corresponding fold is also shallow. Both valves are convex with the brachial valve being more so than the pedicle valve. 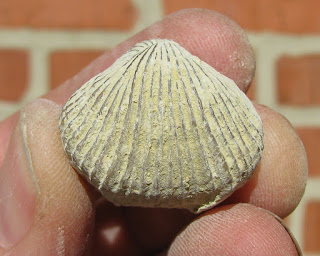 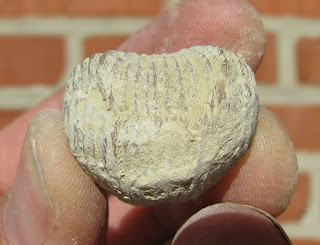 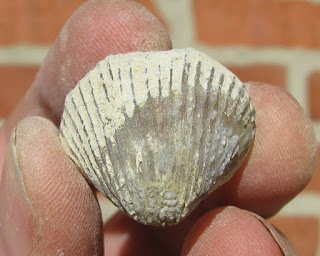 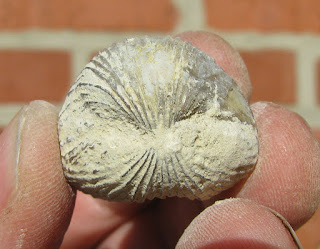 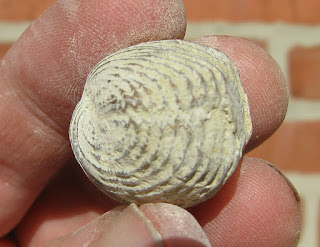 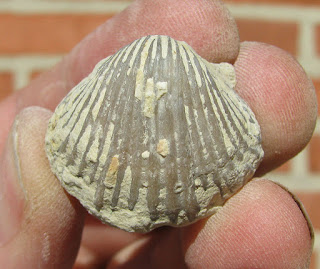 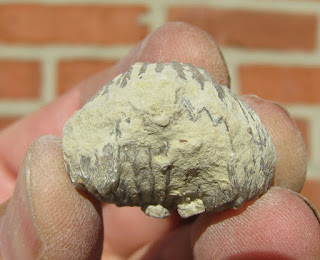 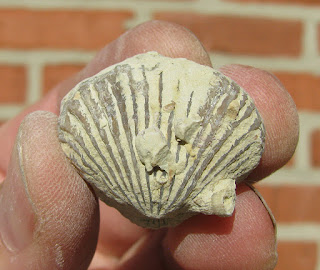 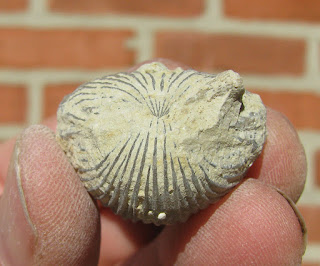 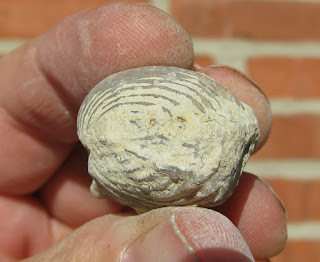 I have not found any specimens of Anastrophia from the rocks of the Helderberg group in New York yet, but according to Amsden and Boucot, in their Bulletin 78 from the Oklahoma Geological Survey "Stratigraphy and Paleontology of the Hunton Group in the Arbuckle Mountain Region", 1958, there is a species, A. verenuili, known from there and they compare the Oklahoma species to it:


"A. grossa differs from A. verenuili in several respects, one of the most important differences being in the nature of the brachial umbo. This part of the brachial valve on the New York species is swollen and extends posteriorly well beyond the pedicle beak, whereas in A. grossa the umbo is not so enlarged and extends only slightly, if at all, behind the pedicle beak."

Compare these specimens to some from the Silurian rocks of the Waldron Formation of Tennessee, and the Wenlock formation of England.