This past April I took a trip through Virginia and West Virginia exploring some sites that were listed in the book "Fossil Collecting in the Mid-Atlantic States" by Jasper Burns. In my previous post I showed you some fossils from a roadcut into the Reedsville formation. Across from that roadcut, where I parked my car, is a pull off for an overlook of the Germany Valley. Below is a panorama of the view looking north with east to the right. 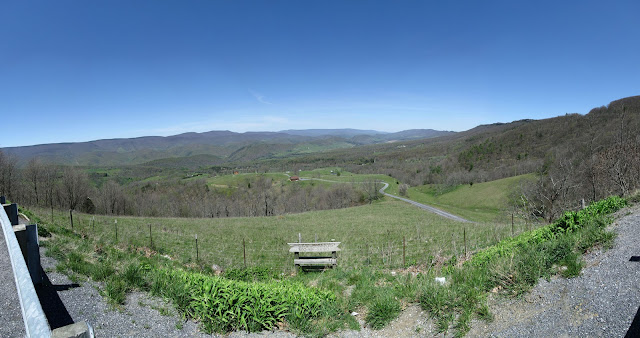 I found this view to be both peaceful and intriguing as it shows a couple of classic geologic features. The first thing I noticed was that the ridge line on the east side seemed to have, at one time, crossed the valley and dipped down. This meant that I was looking at an Anticline which is an "A" shaped fold of rocks which, in this case, was folded in an east-west direction. Not only was this an anticline but much of the rock had been eroded out of the middle and so it could be called a breached anticline. Something else I noticed about the geology was that this was a plunging anticline meaning the folded rock was bent again in another direction (this time north to south) like a dolphins back rising out of the water. Lets look at this from a higher angle with a Google earth map that has the topography exaggerated to better see the ridge lines. 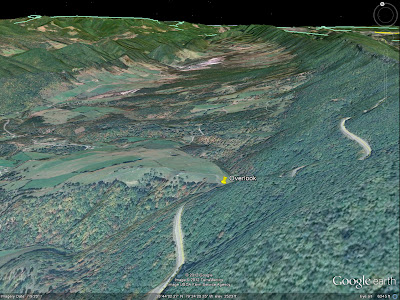 And this is my interpretation of  how the fold would have looked prior to the breach and erosion of the center. 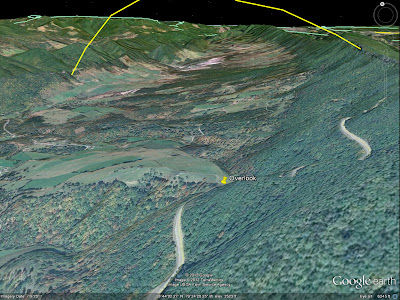 Note that you can see at the north end of the valley how the valley closes in on itself and the ridgelines meet. This is the evidence for the plunging anticline. Below is a geologic map of the valley from Google Earth. I've picked out the two resistant rock layers that are the cause for the ridges; the Juniata formation and the Tuscarora formation. Both are hard sandstones that resist weathering more than the softer shales and limestones that make up the valley. You can see by the colors distinguishing different layers that the rocks are folded and repeat on each side of the valley. 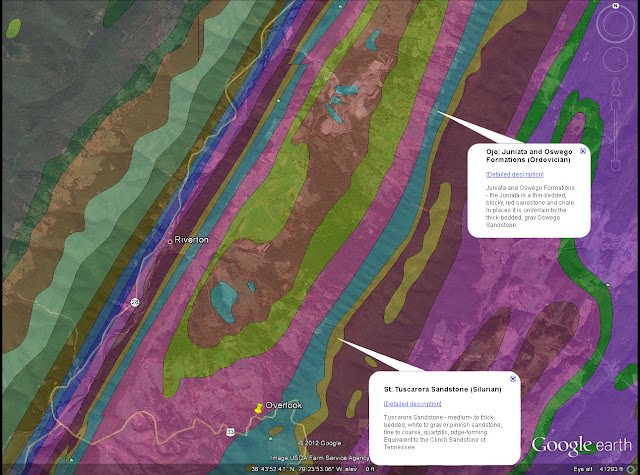 Here is an excerpt from this James Madison University field trip guide to the same location:


Once you've taken in the scenery and geology of the view there are a couple of signs which tell of some historical events that occurred in the valley. 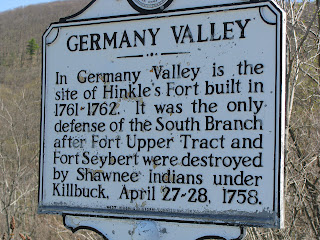 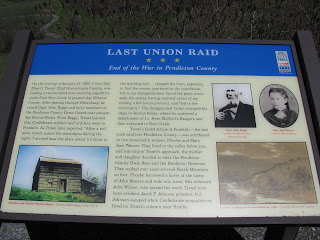