Trypanites borings in a Prasopora bryozoan from the Verulam Fm.

While sorting through some fossils from the Verulam formation, in preparation for a display I was putting together for the DVPS show, I found this specimen of Prasopora with boring marks these holes. The holes are indications of a trace fossil called Trypanites. It's fairly common in hard carbonate substrates( like hardgrounds, corals and shells) and is the result of some kind of burrowing animal. 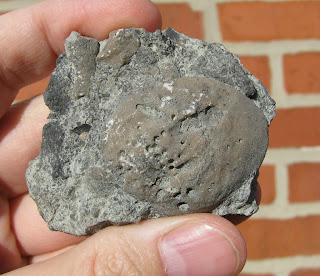 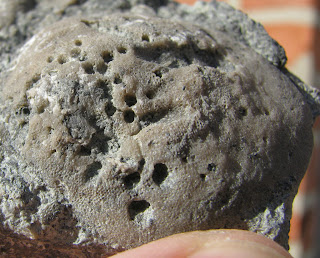 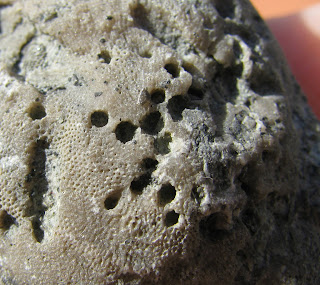 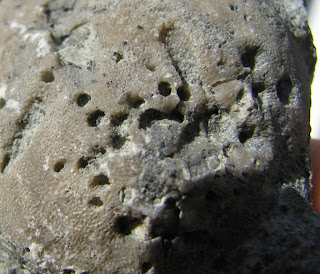 The animal would bore into the carbonate and make it's home there but has not left any other traces of what it was. Possibly it was a boring sponge, like Cliona, or a worm which had no hard parts.
Posted by Dave at 12:01 AM