Pelecypod molds and casts from the Bois d'Arc formation of Oklahoma

As I mentioned in the previous post, I found a few specimens of pelecypod in the Bois d'Arc formation that are just casts or molds that I can't really ID.

This specimen looks like it may belong to the genus Nucula or Grammysia. 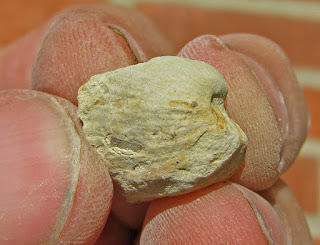 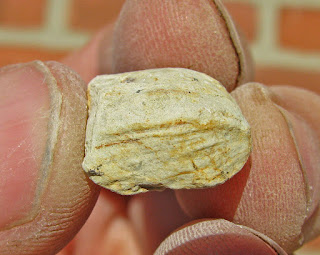 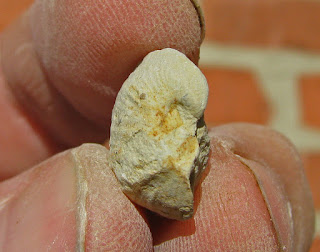 This next specimen looks similar to a Modiomorpha sp. 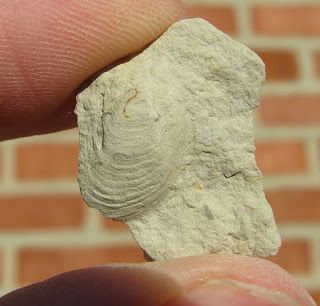 This last specimen is a real mystery to me. There is no surface ornamentation preserved but both valves are present. It has very convex valves with what appears to be a flat hinge line. 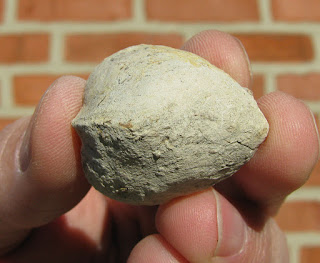 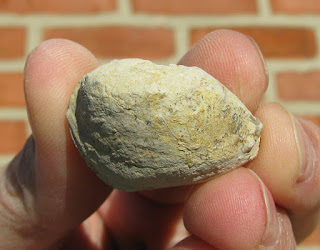 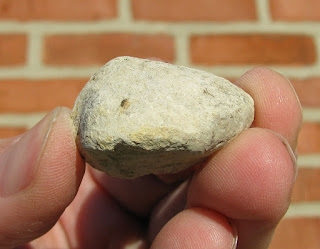 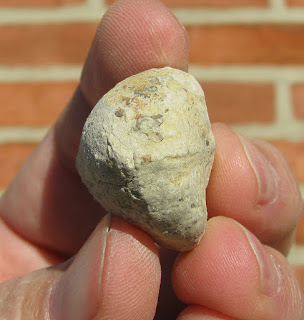 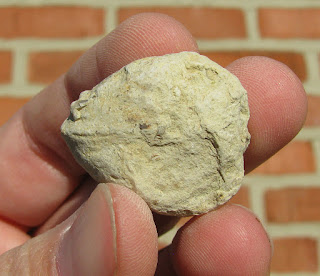 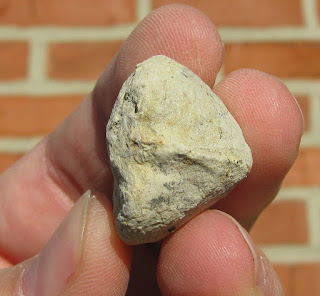 I found the specimens shown on this page in the Bois d'Arc formation (Cravatt Member) near Clarita, OK which is Devonian in age (Lockhovian stage). The Bois d'Arc overlies the Haragan formation but both are the same age (Devonian, Lockhovian stage). They are both roughly correlative to the Helderberg fauna of New York and thus are contemporaneous with the Coyemans, Kalkberg and New Scotland formations.
Posted by Dave at 12:01 AM