This highly decorated shell has a very long name: Kozlowskiellina (Megakozlowskiella) velata. It is related to Kozlowskiellina perlamellosa which is found in the Helderberg fauna of New York. The shell is triangular to half moon shaped with each convex valve featuring coarse plications (generally three on each side of the fold and four on each side of the sulcus). The shell is further decorated with strong concentric growth lamellae. The pedicle valve recurves, extends past the brachial valve and has a wide, triangular interarea and narrow triangular dethyrium. 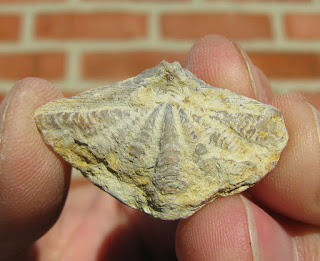 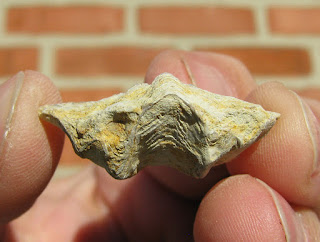 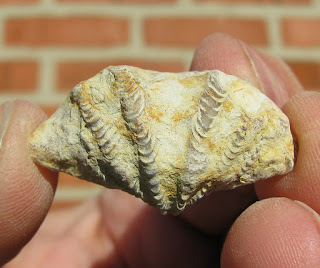 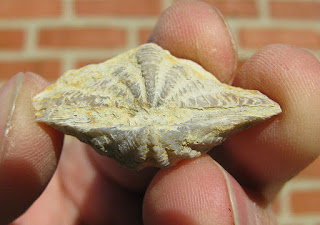 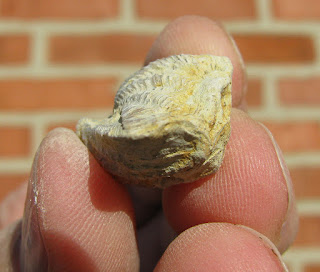 Compare this specimen to one from the Haragan formation which underlies the Bois d'Arc formation.