Eatonia sp. brachiopod from the Bois d'Arc formation of Oklahoma

I believe that this next Brachiopod is an Eatonia sp. While Eatonia medialis is listed by Amsden* as being known from the Haragan and Bois d'Arc formations of Oklahoma, the specimen below does not appear to conform to specimens I have found in the Kalkberg formation of New York or Licking Creek formation of Virginia (both formations are correlative to the aforementioned Oklahoma formations).

The shell is rounded to sub-pentagonal in shape with coarse plications. The pedicle valve has a sulcus which is relatively shallow except at the anterior margin which corresponds to a fold in the brachial valve. On the fold there are 4-5 plications. The pedicle valve has an umbo which extends past the brachial valve and curves slightly. The brachial valve is convex while the pedicle valve convex near the umbo but flattens by the time it reaches the margins. In fact, on my specimen, the pedicle valve is more inflated at the umbo than the specimens of E. medialis from New York or Virginia. This is what causes me to wonder if I have a different species or genera or if what I found is typical for the species in Oklahoma. Unfortunately I only have a single specimen so I do not have enough of a sample to draw a conclusion. 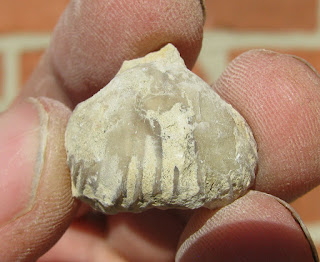 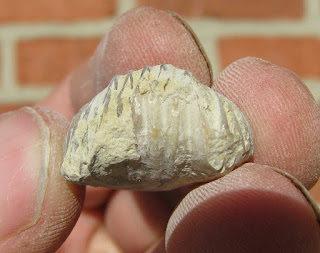 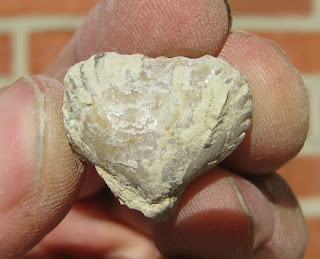 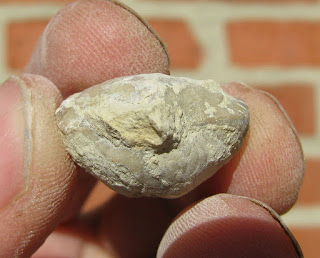 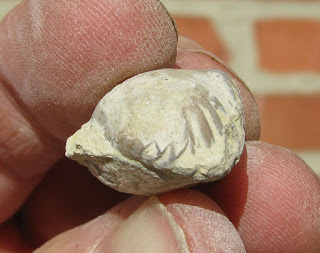 As I was looking through the "Paleontology of New York" Vol 3, pg 237, pl. 37, fig 3 & 4,  I found a specimen that seems to be close to the specimen shown above: Rhynchonella eminens. Below are screen grabs from the plate and the text of the original description. 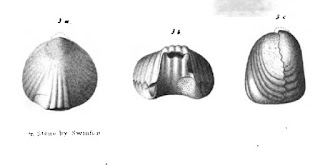 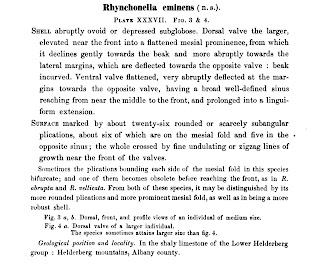 It looks close to what I found except the outline of my fossil looks to be sub-pentagonal instead of ovoid or subglobose.

I found the specimen shown on this page in the Bois d'Arc formation (Cravatt Member) near Clarita, OK which is Devonian in age (Lockhovian stage). The Bois d'Arc overlies the Haragan formation but both are the same age (Devonian, Lockhovian stage). They are both roughly correlative to the Helderberg fauna of New York and thus are contemporaneous with the Coyemans, Kalkberg and New Scotland formations.