Atrypina hami brachiopod from the Bois d'Arc formation of Oklahoma

Atrypina hami is an easy brachiopod to ID due to the wavy nature of the shell. It has a generally rounded appearance with flat to slightly concave brachial valve and a convex pedicle valve.  The pedicle valve extends beyond the pedicle valve and curves just slightly at the umbo. both valves have widely spaced, concentric growth lines and a handful of very wide ribs that affect the margin of the shell. It's this wavy appearance and the obvious growth lines that make this brachiopod unique. 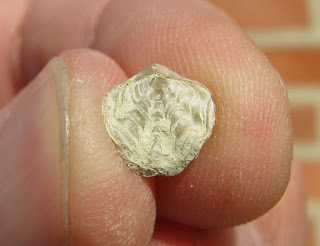 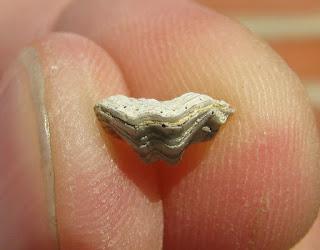 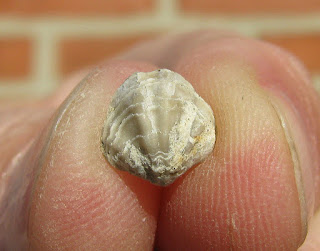 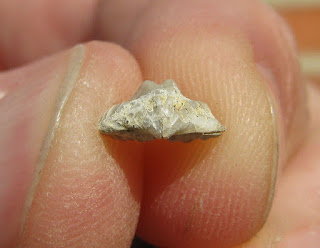 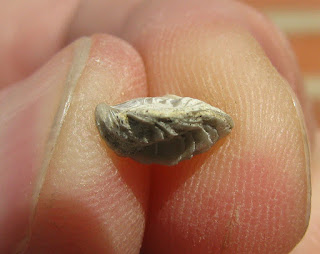 I found the specimen shown on this page in the Bois d'Arc formation (Cravatt Member) near Clarita, OK which is Devonian in age (Lockhovian stage). The Bois d'Arc overlies the Haragan formation but both are the same age (Devonian, Lockhovian stage). They are both roughly correlative to the Helderberg fauna of New York and thus are contemporaneous with the Coyemans, Kalkberg and New Scotland formations.