Three Pelecypods from the Mahantango formation of Pennsylvania

One site that I like to collect at is most easily accessible in the spring since the undergrowth has not yet leafed out. It's an old quarry, which exposes the Montebello sandstone member of the Mahantango formation, that is many decades abandoned and yet one can still find some neat fossils there with a little searching. These three pelecypod shells came from one such collecting trip in April.

Cornellites flabella - Can easily be identified by the strong radial ribs and high angle of the body of the shell to the wing. 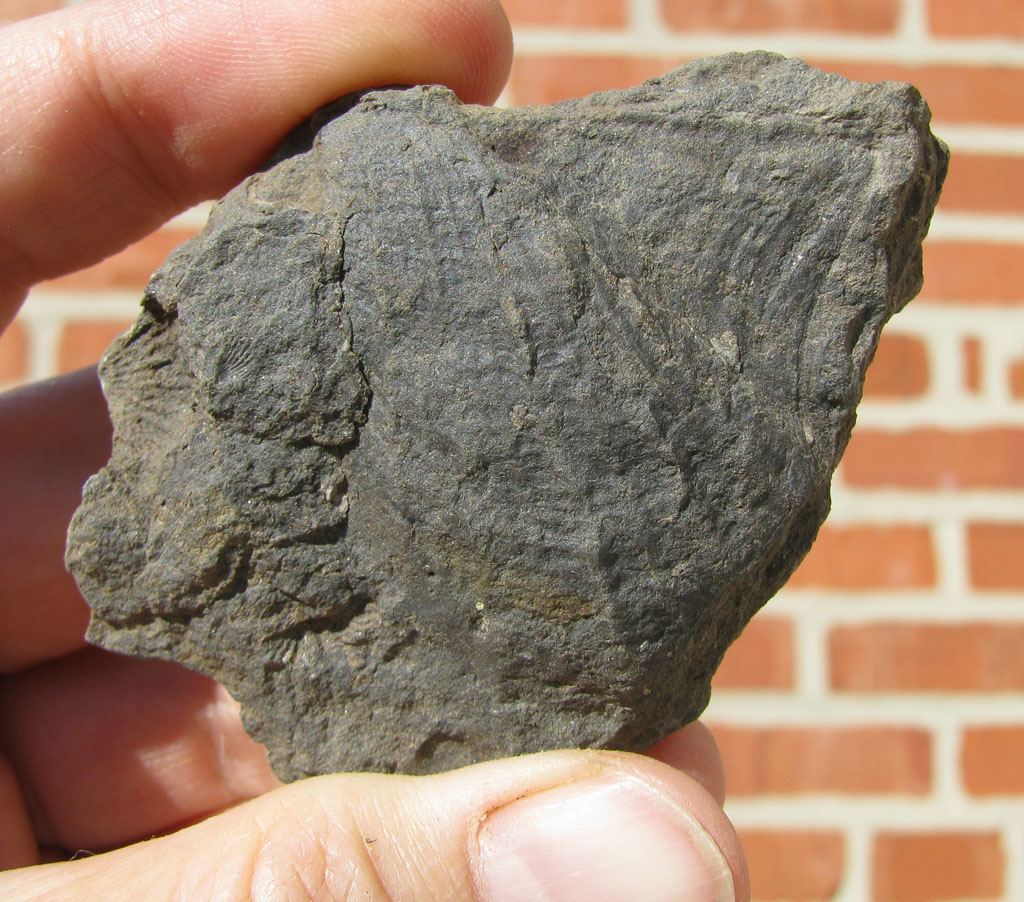 This appears to be a Pseudaviculopectin sp. pelecypod. the impression is somewhat faint and shallow but does resemble this specimen from the Windom Shale of New York. 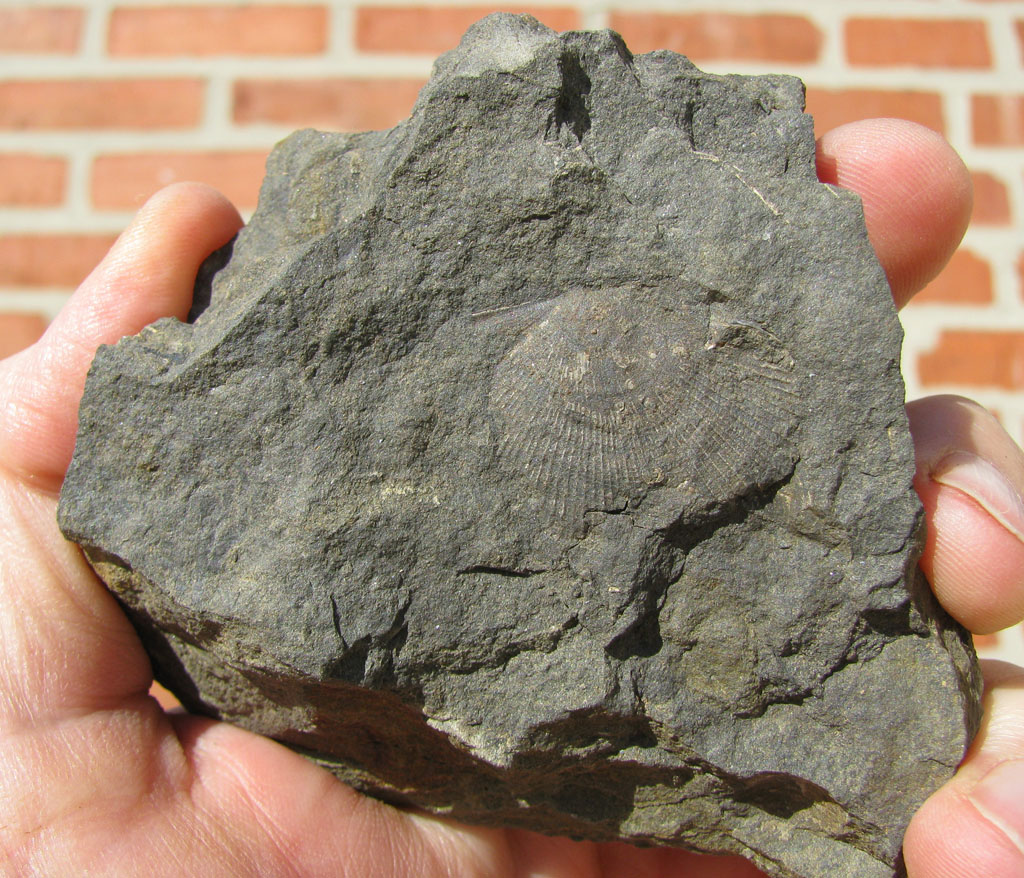 Note the worm tube epibionts that are scattered on the surface of the shell. 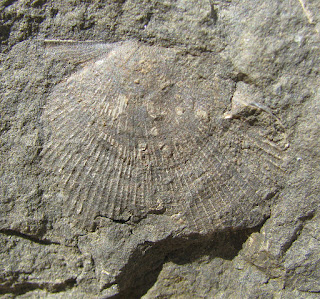 Lastly is a shell impression that is more interesting for the epibiont that grew on it than the shell itself. 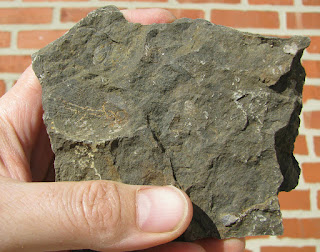 When you look close you can see some sort of rambling "trail" that maybe represents a coral like Aulopora or a bryozoan of some kind. There is not enough detail preserved for me to tell for sure. 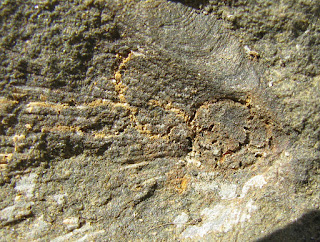 All three specimens were collected from the Montebello Sandstone member of the Mahantango formation (Devonian, Givetian stage). It is roughly equivalent to the Panther Mountain formation of New York.
Posted by Dave at 12:01 AM