Douvilina? from the Mahantango formation of Pennsylvania

Since the fossils preserved in the Mahantango formation are often just molds or casts of the original shell, it can be difficult sometimes to try and ID what you have found. The specimen below is something I really have to think about. The shape tells me its a Strophomenid type brachiopod. The faint radial ribs are very fine and resemble a genera called Douvillina (like this one from the Centerfield mbr. of the Ludlowville formation in New York). I'm fairly confident that this fossil is a Douvillina sp. but the small "dents" that are in the center rear portion of the shell make we wonder if this is an internal cast of the pedicle valve. If this were the case then the "dents" would correspond to raised portions on the interior of the shell like the cardinal muscle attachment points. 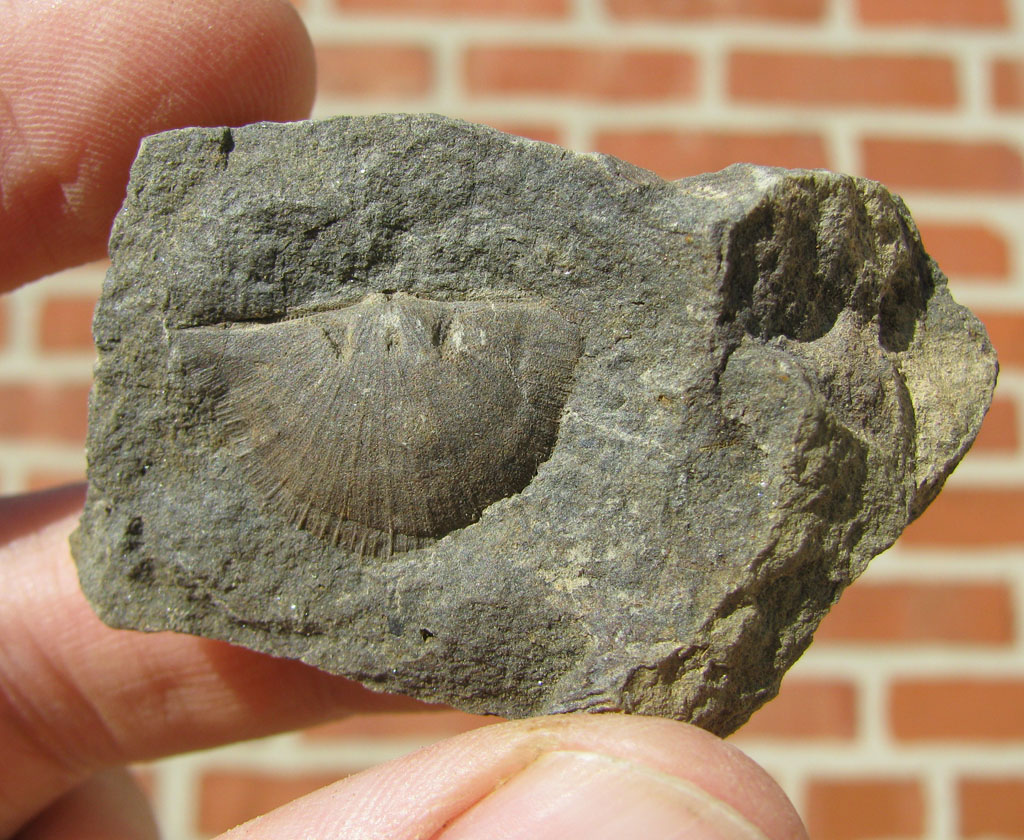 A couple of closer views taken with different angles of light to highlight some of the features. 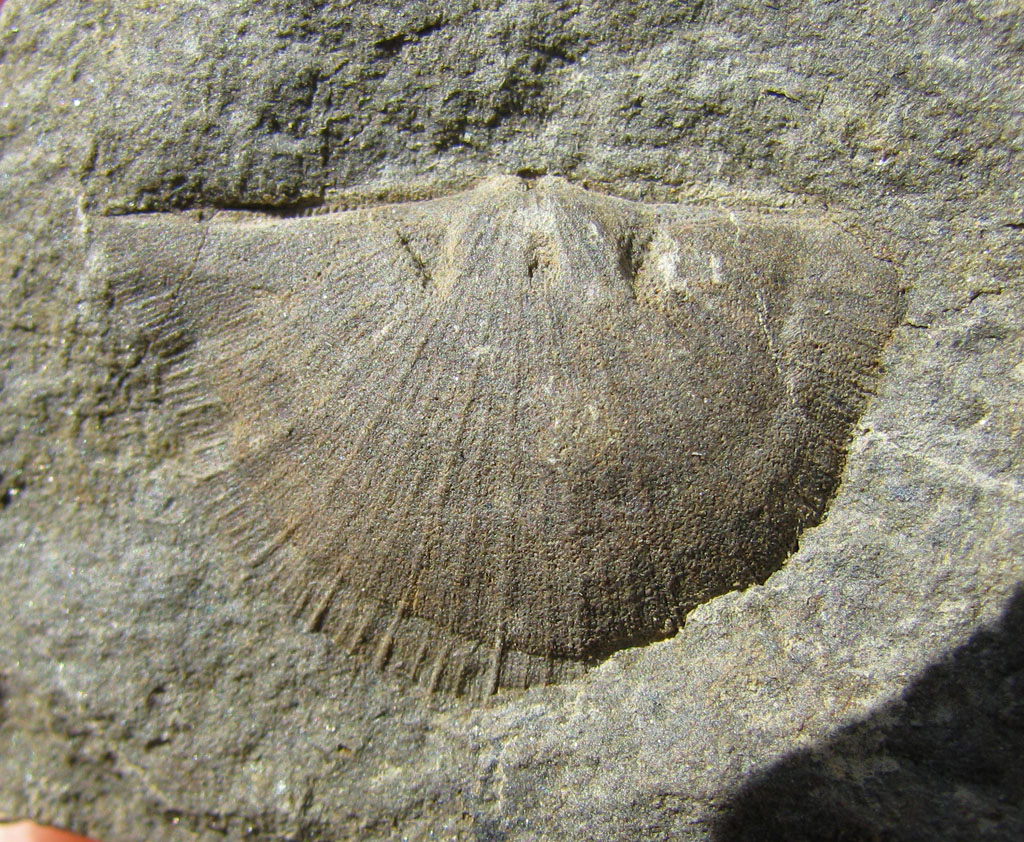 Note that you can see the impressions of the hinge teeth along the back edge of the cast. 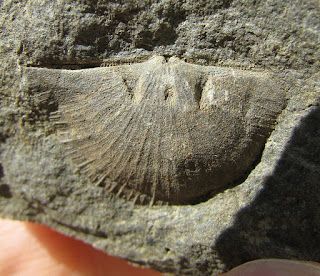 This specimen was collected from the Montebello Sandstone member of the Mahantango formation (Devonian, Givetian stage). It is roughly equivalent to the Panther Mountain formation of New York.
Posted by Dave at 12:01 AM