Hash plate from the Mahantango formation of Pennsylvania

On a recent stop at one of my favorite Mahantango formation collecting spots, I came across this hash plate. It's presumably a record of a storm event which is why there is a diversity of fossil species and why they are jumbled together. 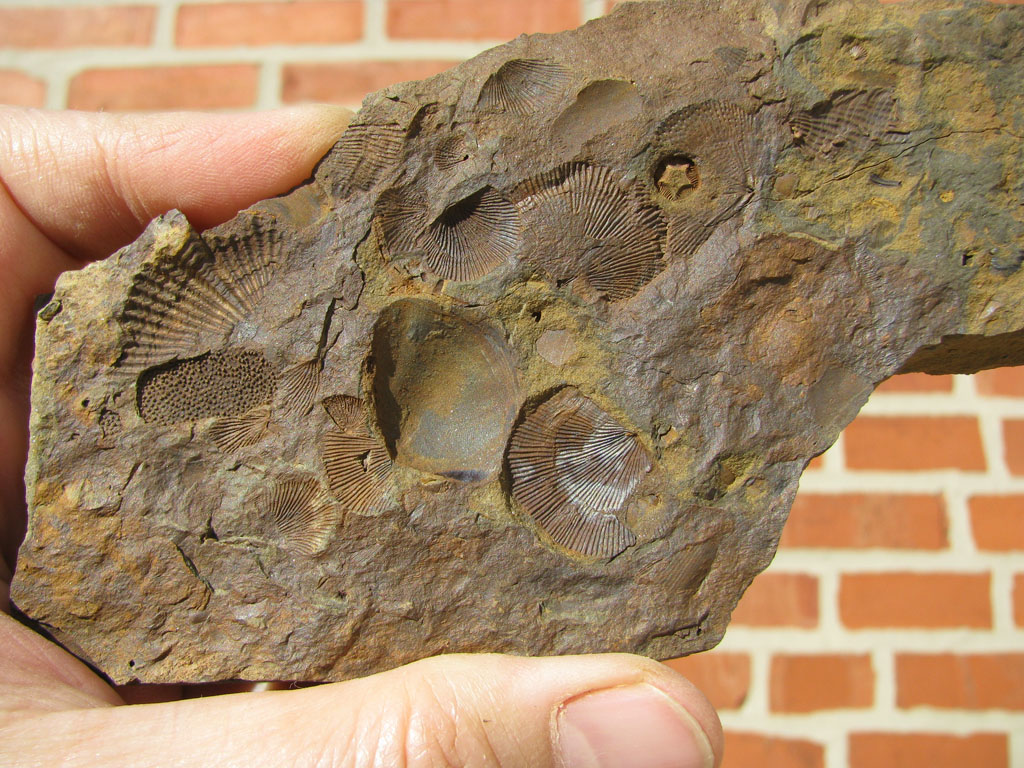 The stippled bar shape in this photo is likely a segment from the exoskeleton of the trilobite Dipleura. It is surrounded by impressions of a Spirifirid and some Chonetid brachiopods. 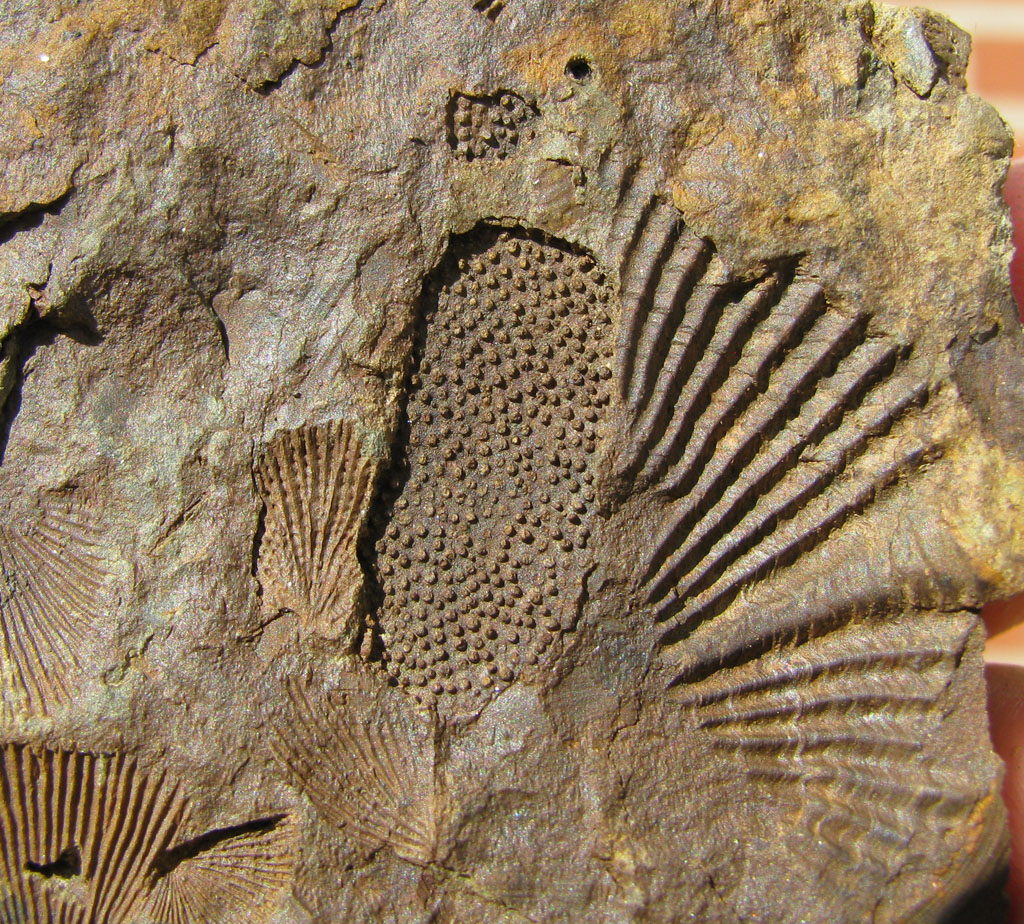 Here is the impression of a crinoid column segment. The five fold symmetry gives it away. I'm not sure what species it belonged to but it is nicely decorated. It appears that it was resting under a Chonetid type brachiopod shell but was exposed when I split the rock. 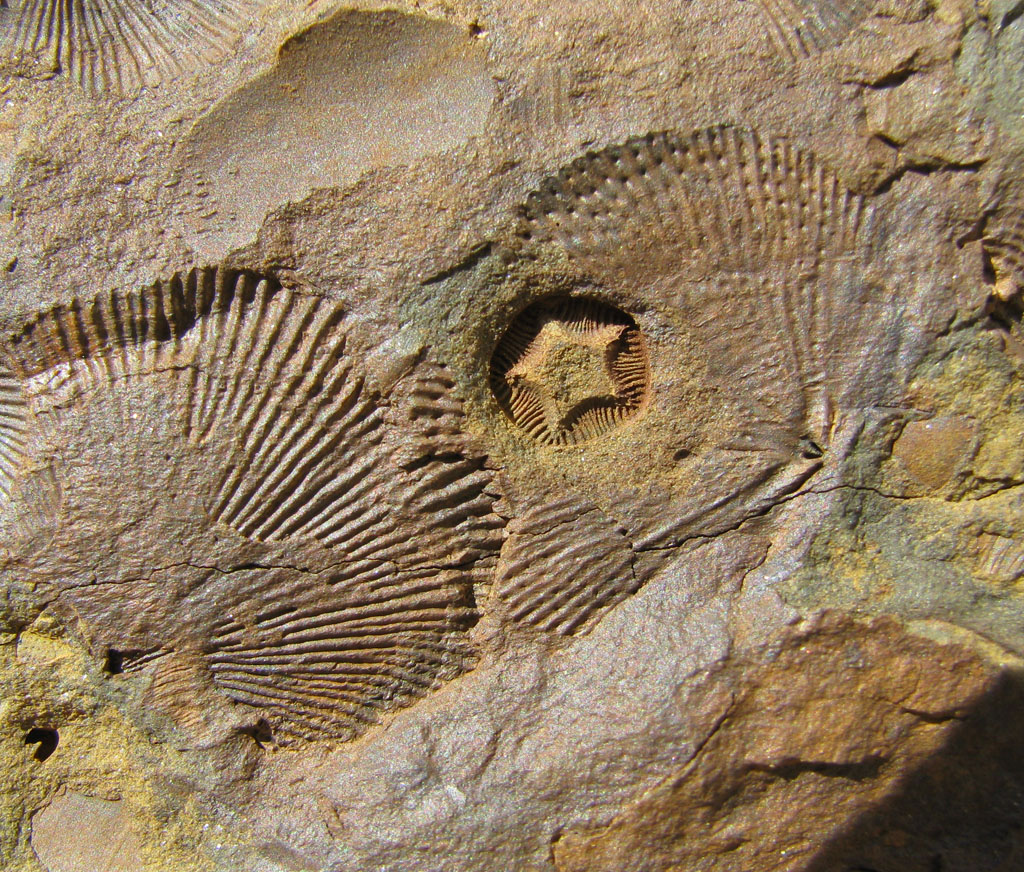 This is a fairly good impression of a Chonetid type brachiopod. By the size and shape I would lean towards Devonochoonetes coronatus but without the spines that line margin of the hinge line, I can't say for sure. 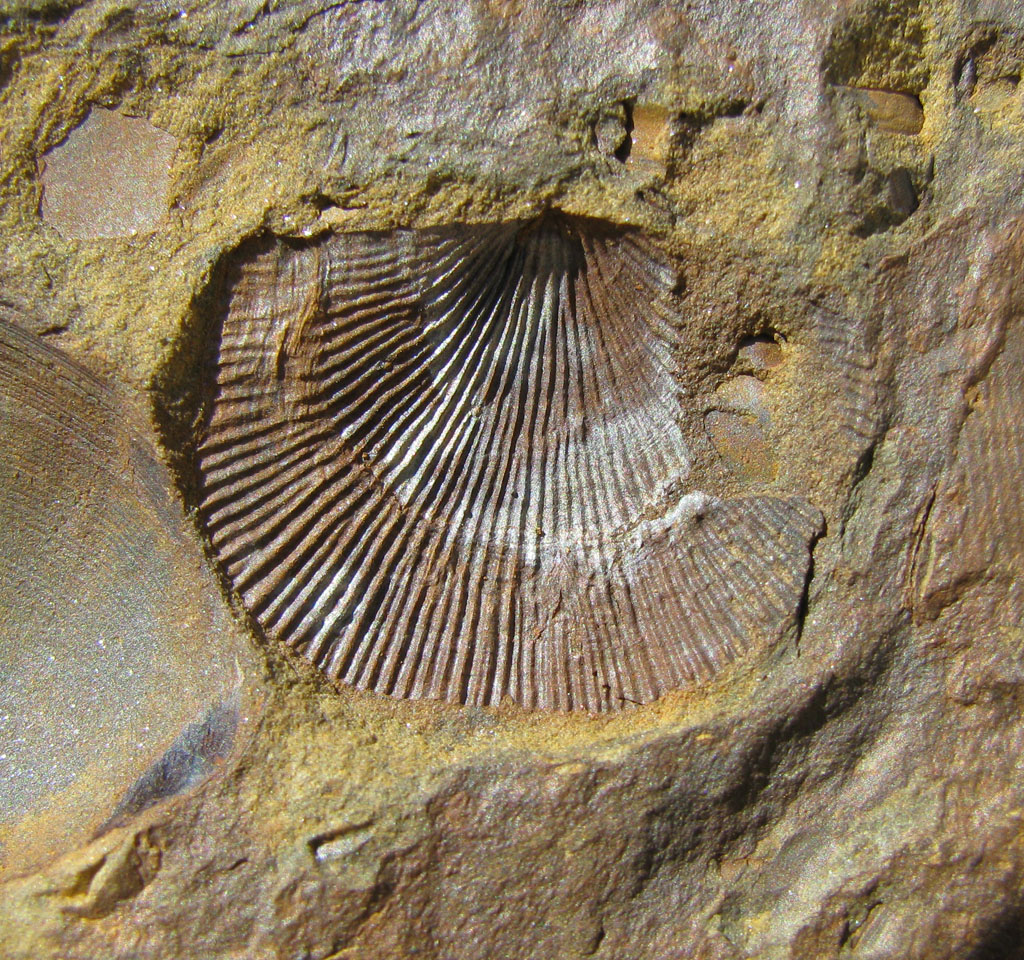 Lastly there is the impression of a pelecypod with some very fine, concentric growth lines.  I would venture a guess that this is Nucula sp. similar to Nucula bellistriata like this one from the Panther Mountain formation of New York. 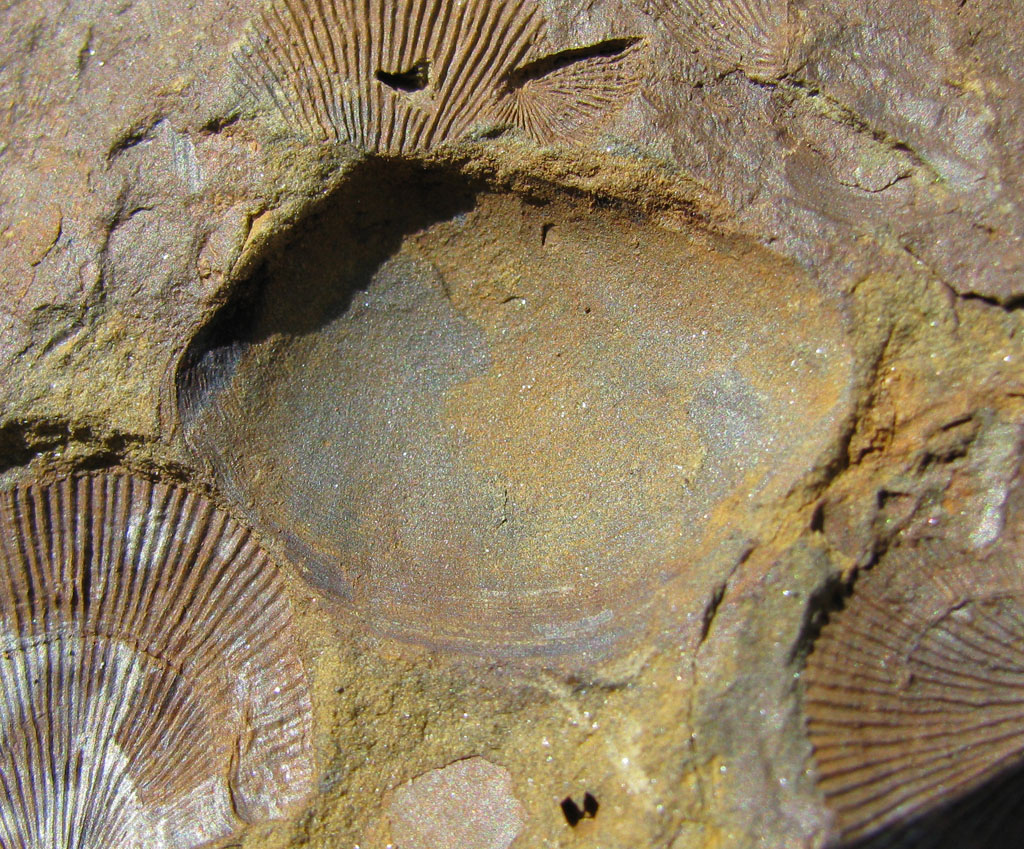 The Mahantango formation is Devonian in age (Givetian stage) and the portion I was collecting from is roughly equivalent to the Panther Mountain formation of New York. The exposure was a borrow pit near Seven Stars, PA in Juniata County.
Posted by Dave at 12:01 AM