This is one of the oddest fossils I've found in the Bertie limestone, it's a cephalopod called Pristeroceras timidum. It appears to have possessed a very thin shell or maybe one that was not permineralized like other cephalopods.  Pristeroceras timidum is considered a breviconic type of Cephalopod in that it did not form a long conical shell but instead opted for a subovoid shape. In the Bertie formation the shell is often very compressed and so fossils do not present many details.

This is the specimen as found in the field. Note the light colored pattern on the darker colored shell. 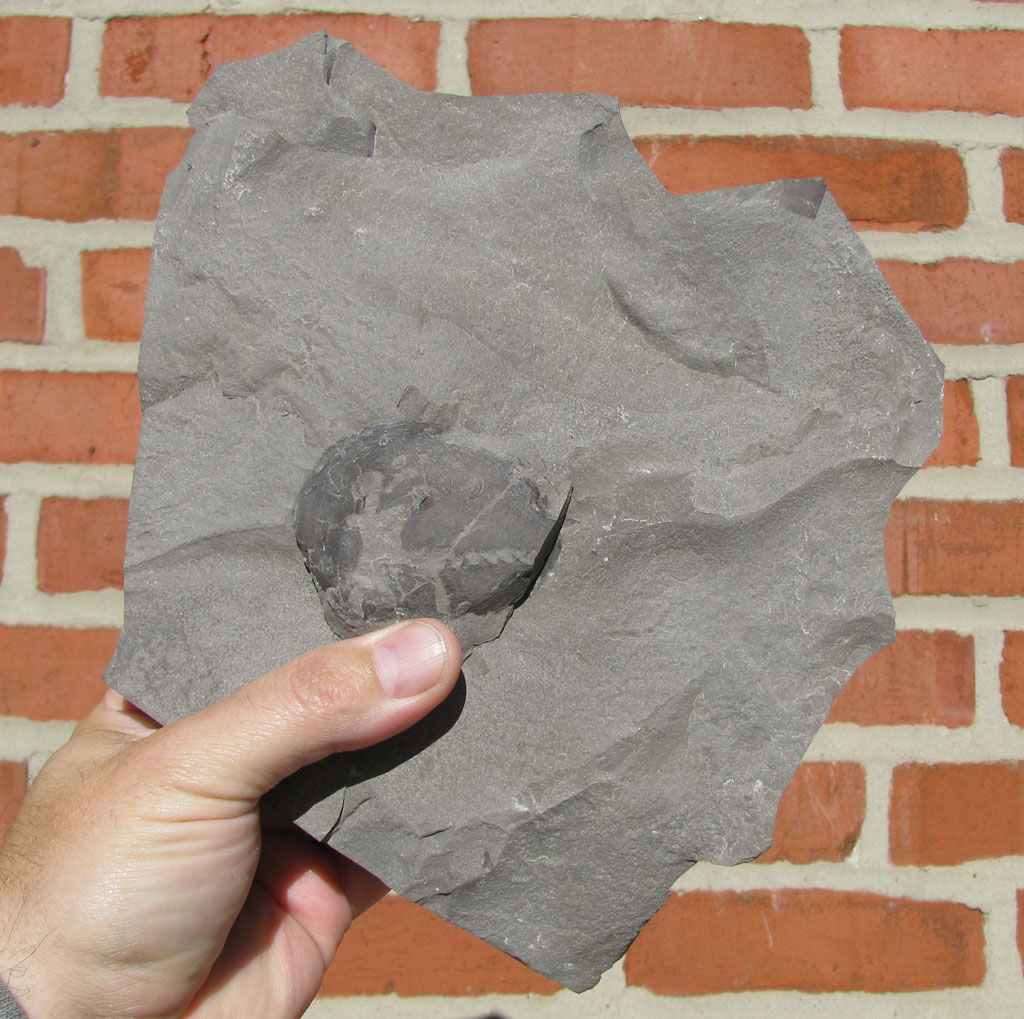 The other side of the enclosing limestone broke into a number of smaller pieces that I've glued back together. 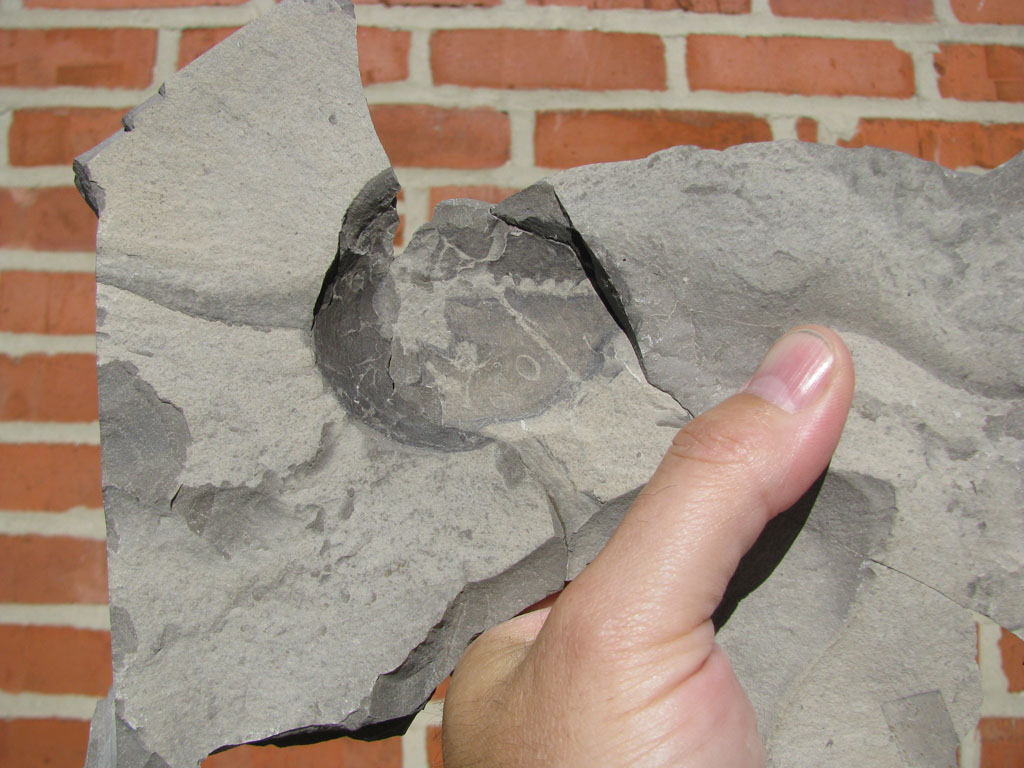 The cast of the fossil popped off the matrix and allows me to see both side. Here is the impression of the side that was hidden from view in the first picture. 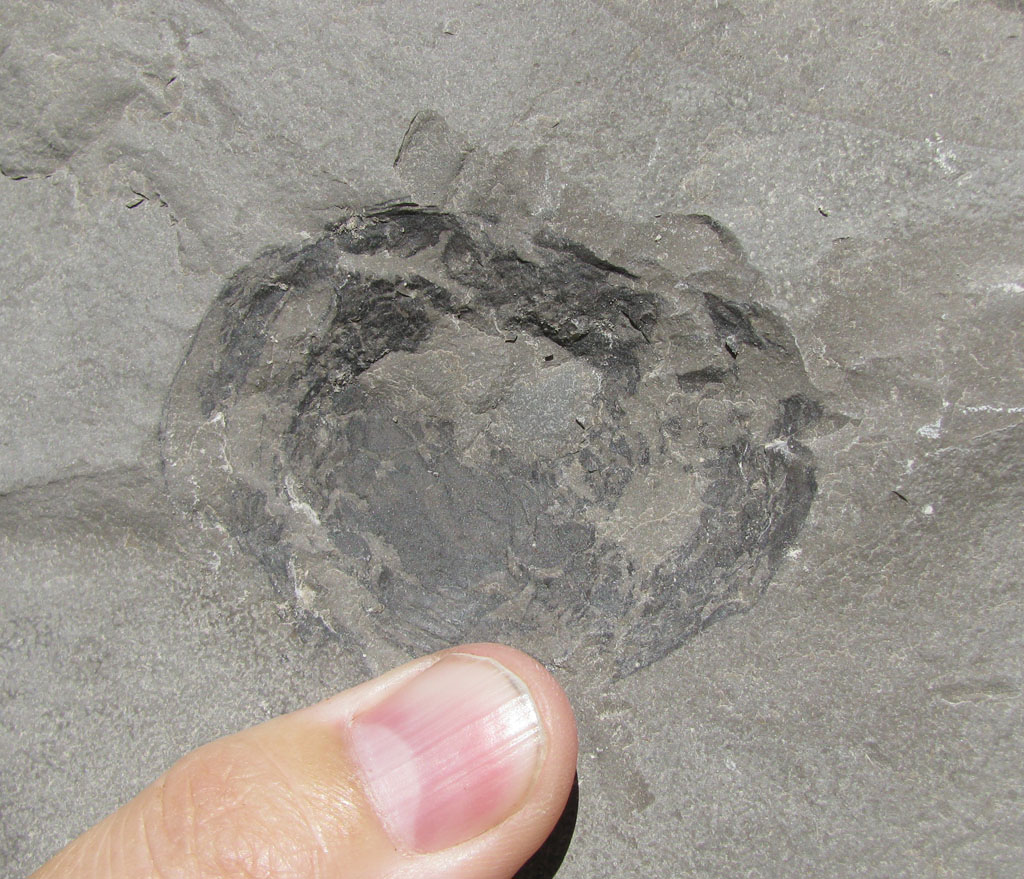 A closer view of the top limestone later 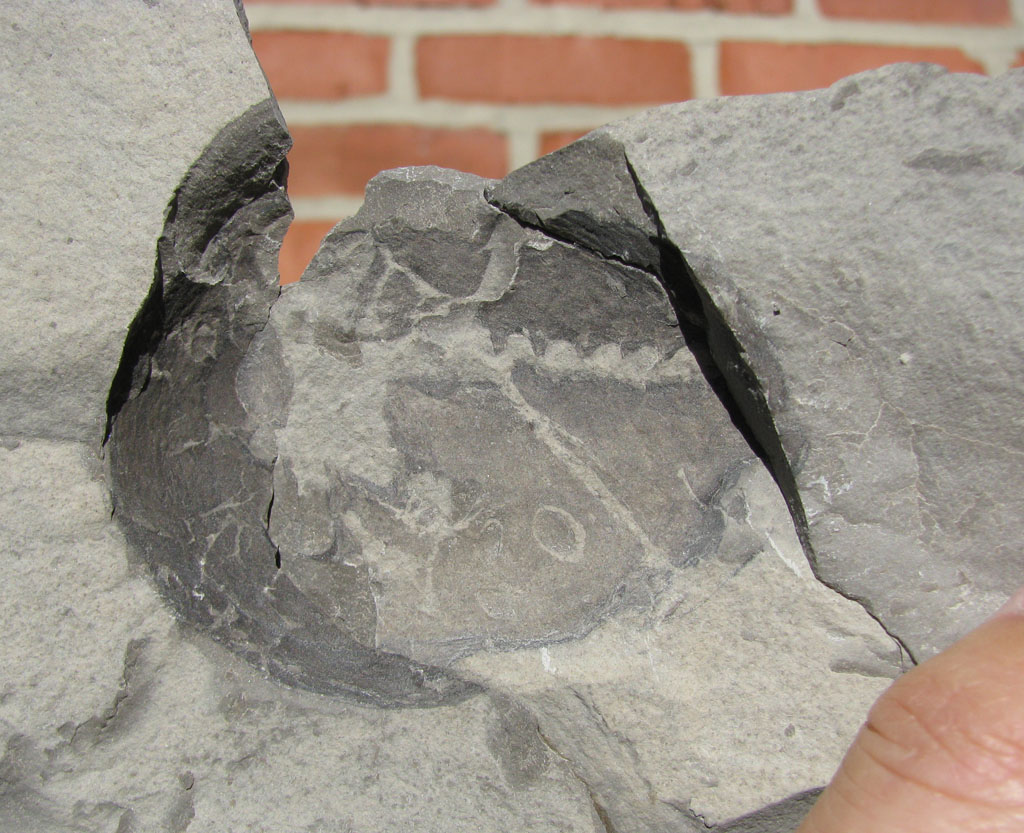 Here is the body fossil itself. The pattern that is evident on the shell is the opening where the animals head and tentacles emerged. 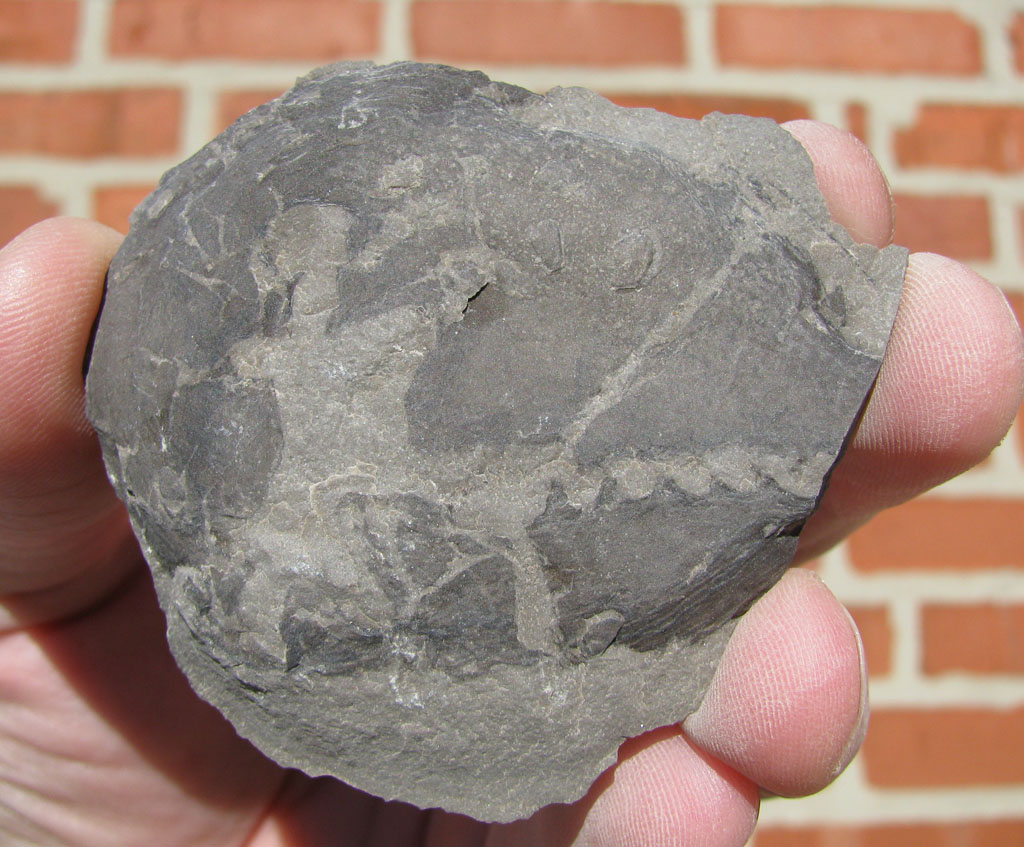 The back side of the fossil shows a wrinkled pattern due to the compression. 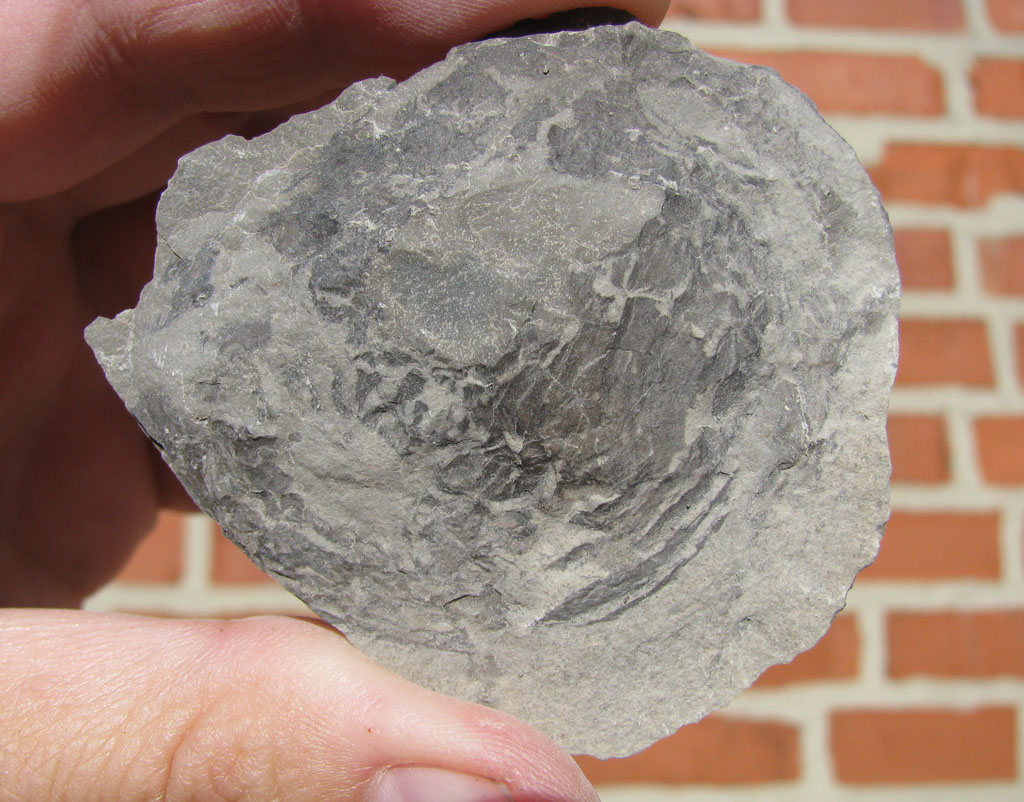 I got some of the info for this post, including the image below, from the following paper:
"A Restudy of the Silurian Nautiloid Genus Pristeroceras Ruedemann"by Walter C. Sweet and Willard P. Leutze,Journal of Paleontology, Vol. 30, No. 5 (Sep., 1956), pp. 1159-1164