A trip to Arkona last fall yielded a fine specimen of Mucrospirifer arkonensis that is perhaps the most complete specimen I've found to date. I found it while attempting to traverse the always slippery Arkona formation (Devonian, Givetian stage) and noticed it sticking out of the hillside. It also shows signs of another kind of trace fossil that I've not seen before. Here is the shell fossil showing that it is about 90% complete missing only the very tips of the wings that project along the hinge line. But notice also the little pepper like flecks that are scattered across the surface. 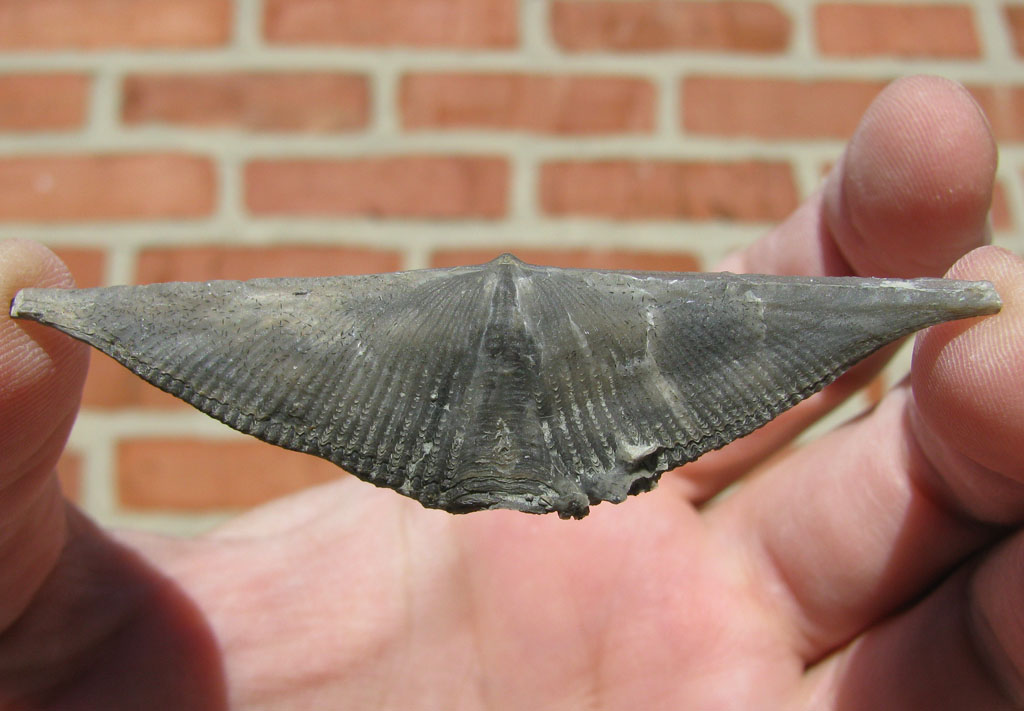 A closer view of those flecks show that they are, in fact, trace fossils from some kind of burrowing organism. Interestingly, they appear to be concentrated in the brachial valve and seemingly spread from the hinge line towards other parts of the shell. 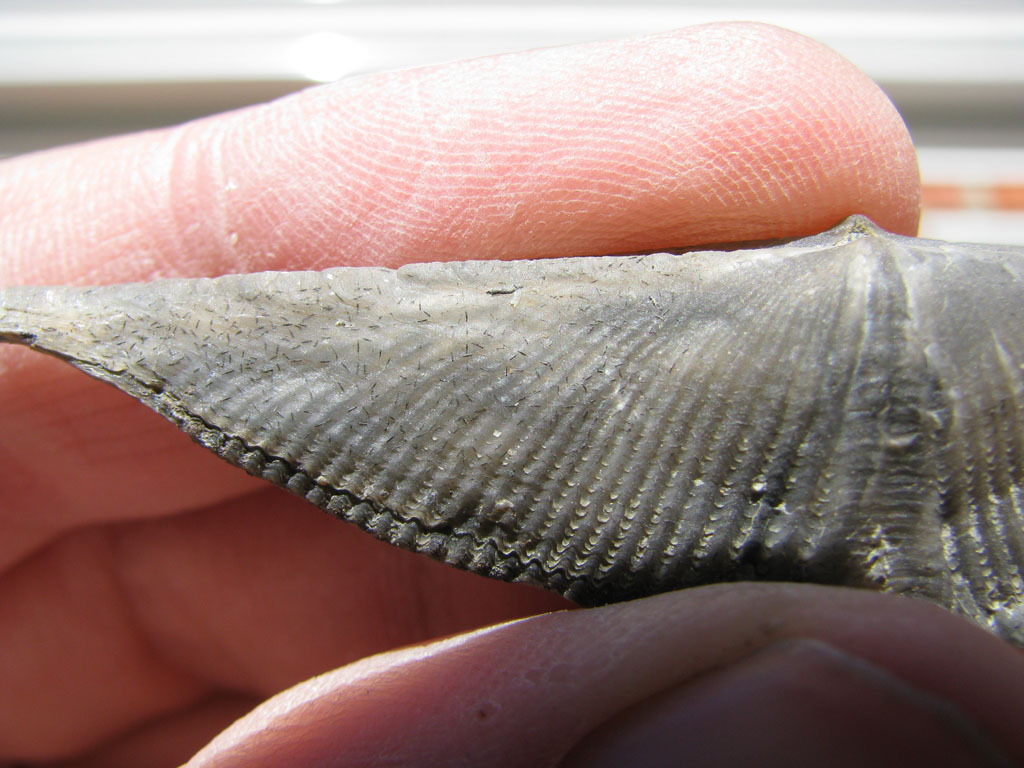 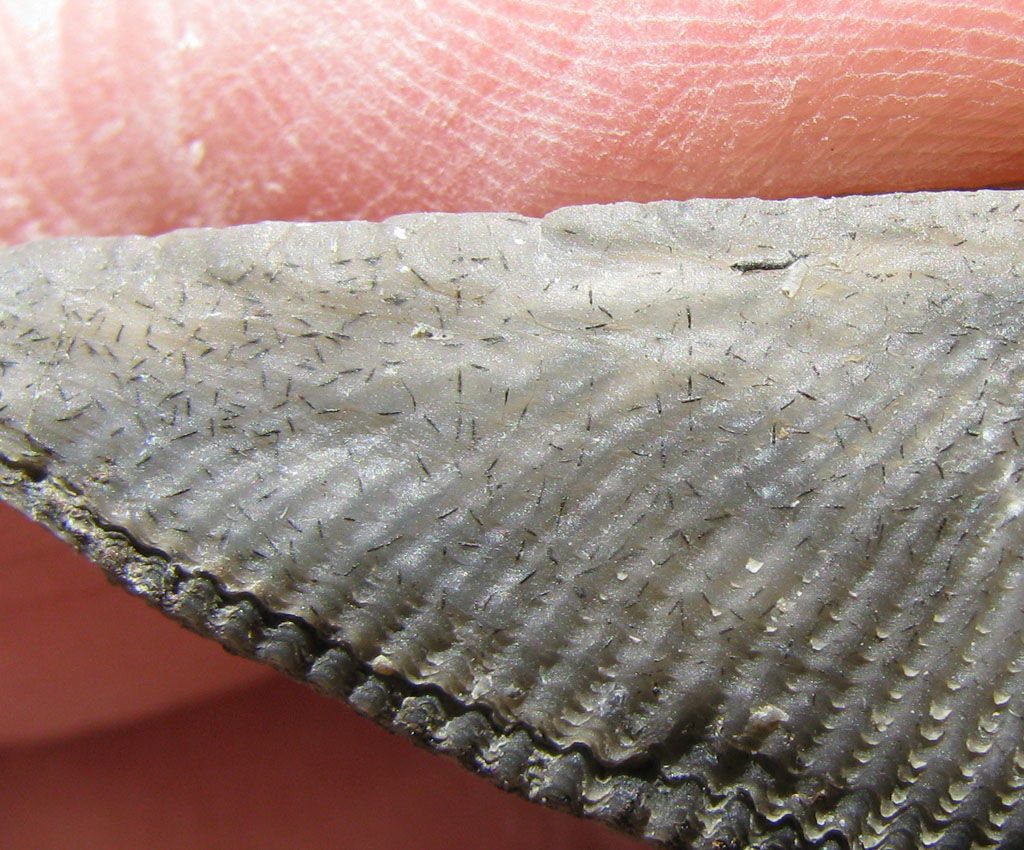 In doing a little research they look similar to borings that a sponge would make and there is a known genus,  Clionolithes, that has been erected to account for these. Most of what I can find on Clionolithes is based on fossils from the upper Devonian and speaks of radiating or branching features. The specimen I have does not appear to show clear lines that radiate from a central point but they do show some evidence of branching occasionally. As I study them they almost appear like stitches in cloth whereby the burrow seems to rise and fall through the shell. Perhaps these are actually worm borings rather than sponge but I can't find any good info to indicate other wise.


I found a second specimen on that same trip that shows similar markings along with some Aulopora elleri on the surface. 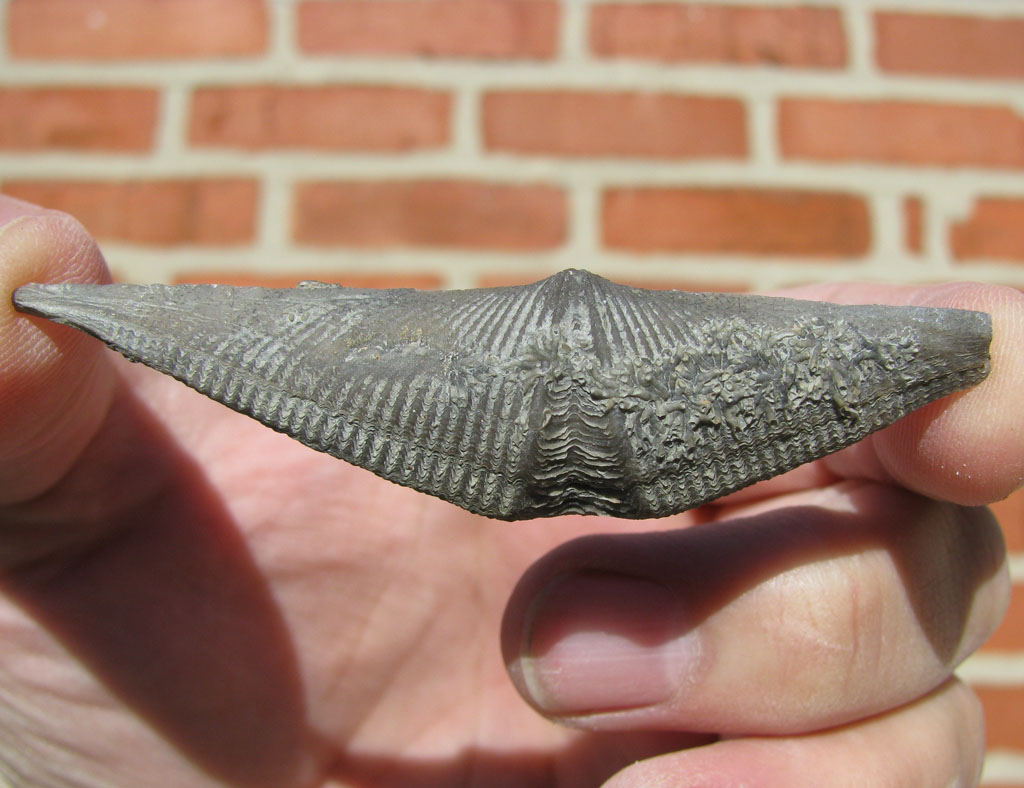 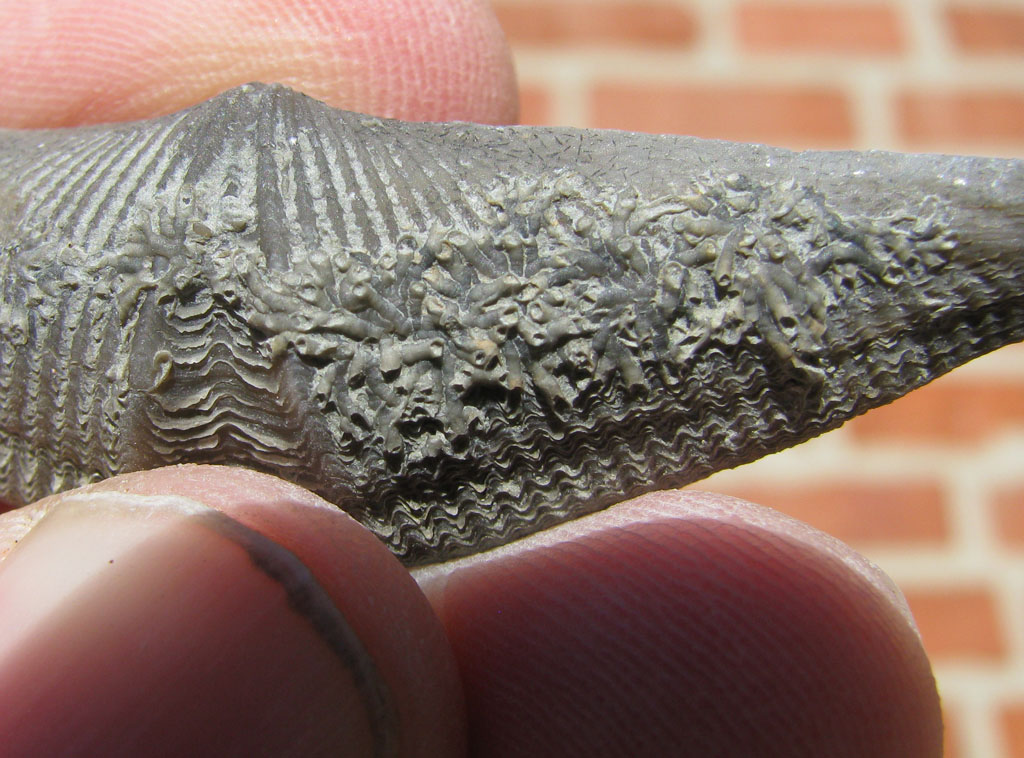 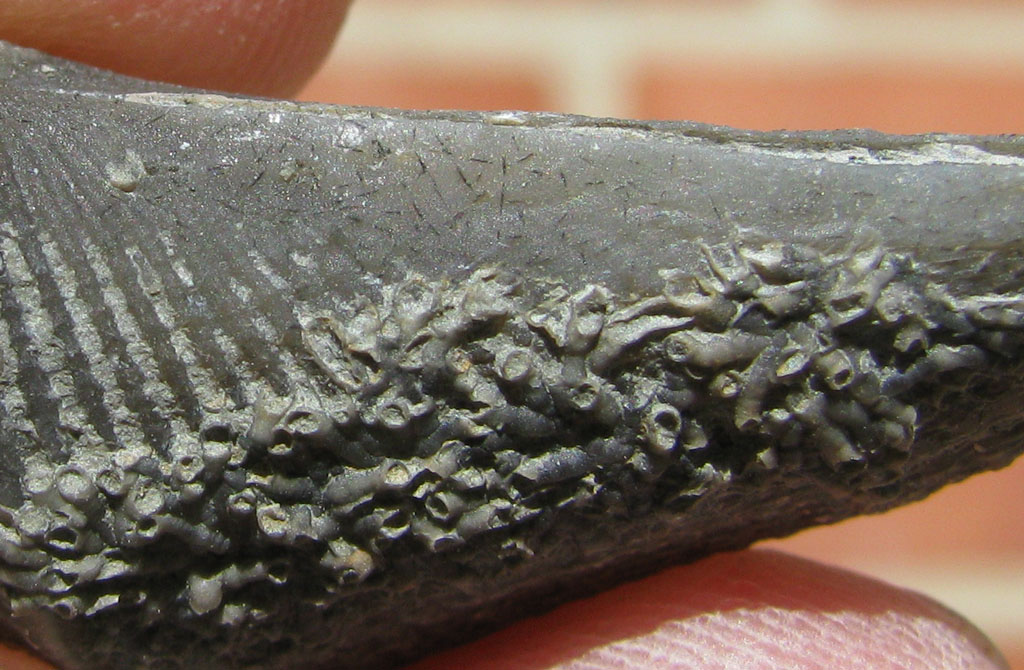 Hopefully I will find more specimens with this feature on them during future trips to Arkona. I'd like to see if they are isolated to M. arkonensis or if they also appear on other species.

The only other evidence of boring sponges that I personally have found are of Cliona cretacica on oyster shells from the Cretaceous sediments of Delaware and New Jersey.