The fossils that are found in the Sentinel Butte Formation of North Dakota always grab my eye when the I see them. Usually I see a piece of brown-tan shale with a Ginkgo leaf impression on it and I'm immediately drawn in.The Sentinel Butte formation was deposited as part of a large basin called the Williston Basin during the late Paleocene period (Thanetian stage). The portion of the formation that contains the fossils I am most interested in comes from isolated clay lenses deposited in abandoned channels which were then later enriched with iron and silica.(1)  The silica is key as that is what helps to preserve the amazing detail of the plant fossils that are found within.

One of the pieces I have is somewhat thick and you can see some interesting sedimentary structures when viewing a section that was cut. 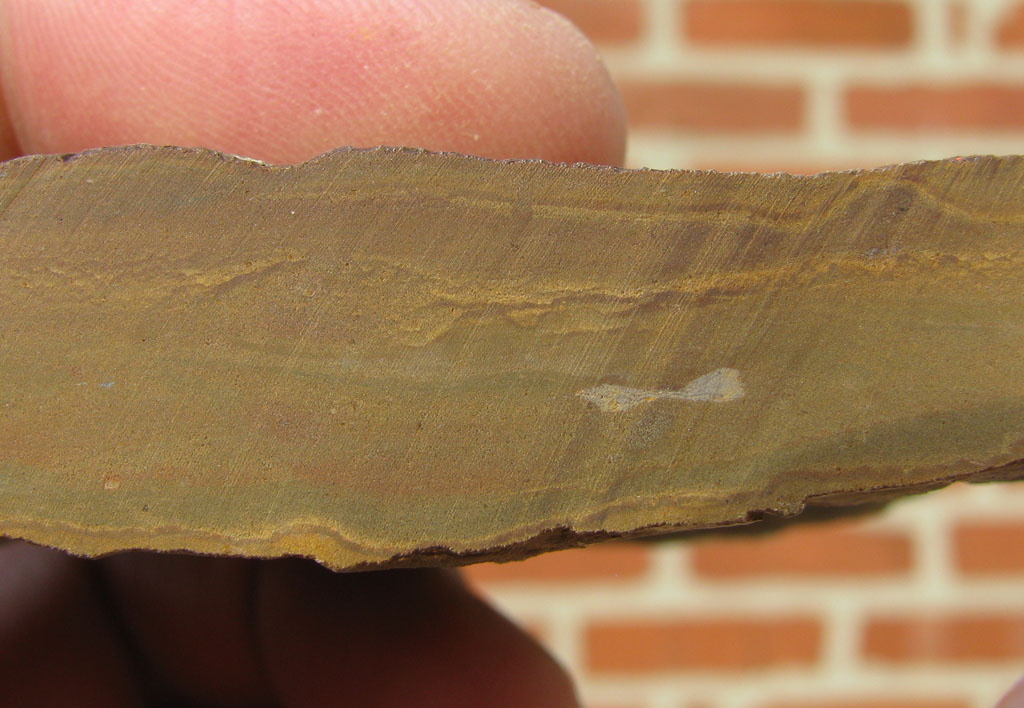 Here are some of the fossils from the Sentinel Butte formation that are in my collection:

A maple seed with the thin veins from along the "wing" preserved in nice detail. 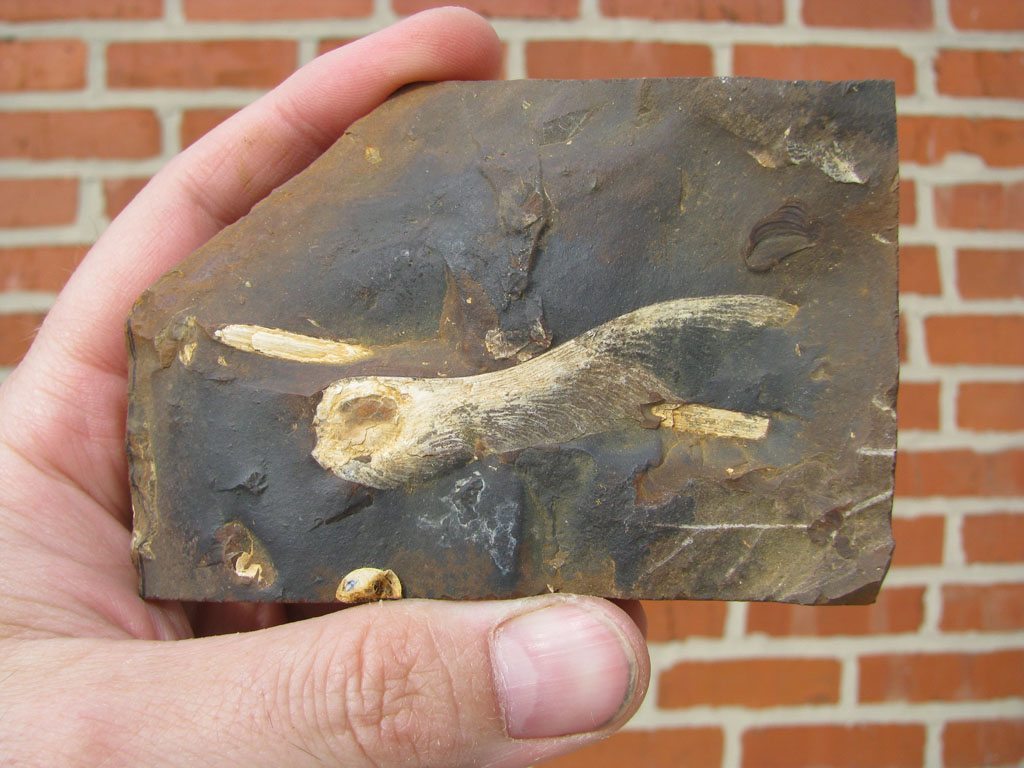 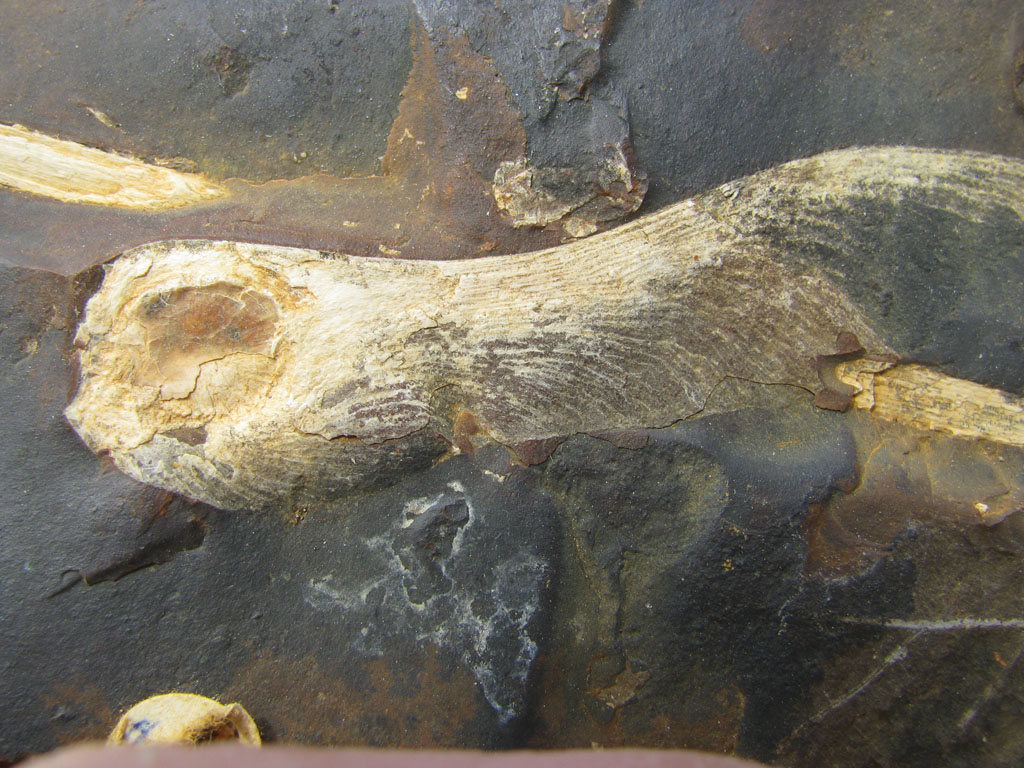 A ginkgo leaf, likely Ginkgo adiantoides. I have a couple of Ginkgo leaves from the Sentinel Butte formation since they are my favorite tree. Another one of my specimens was part of an early post on my blog. 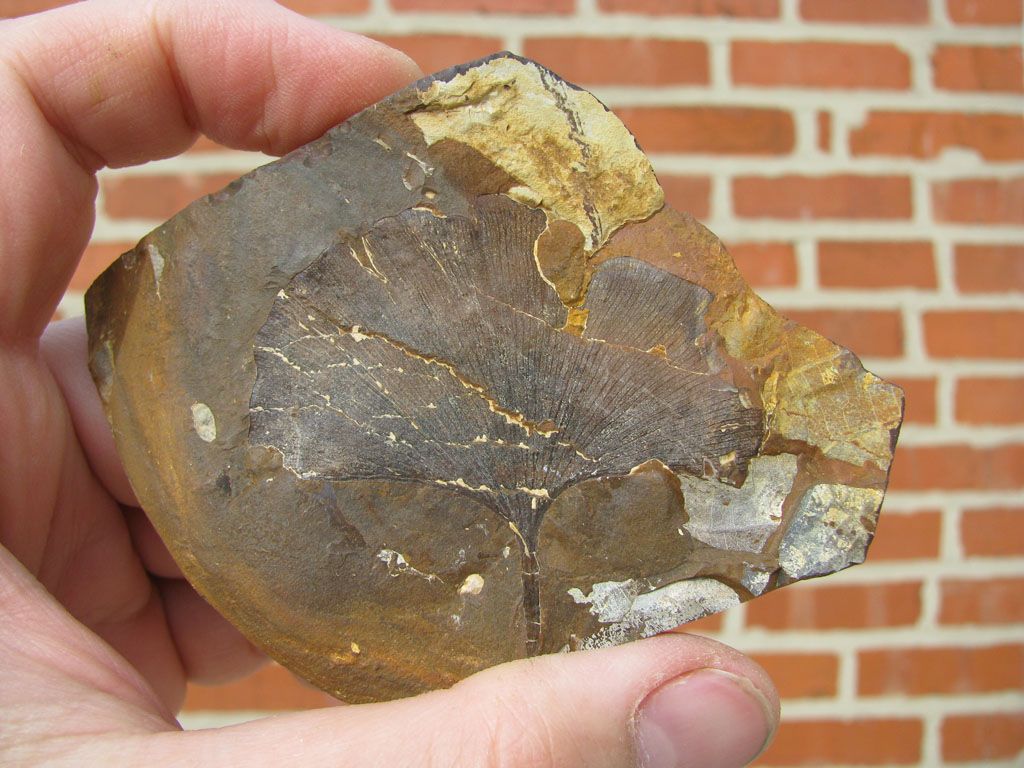 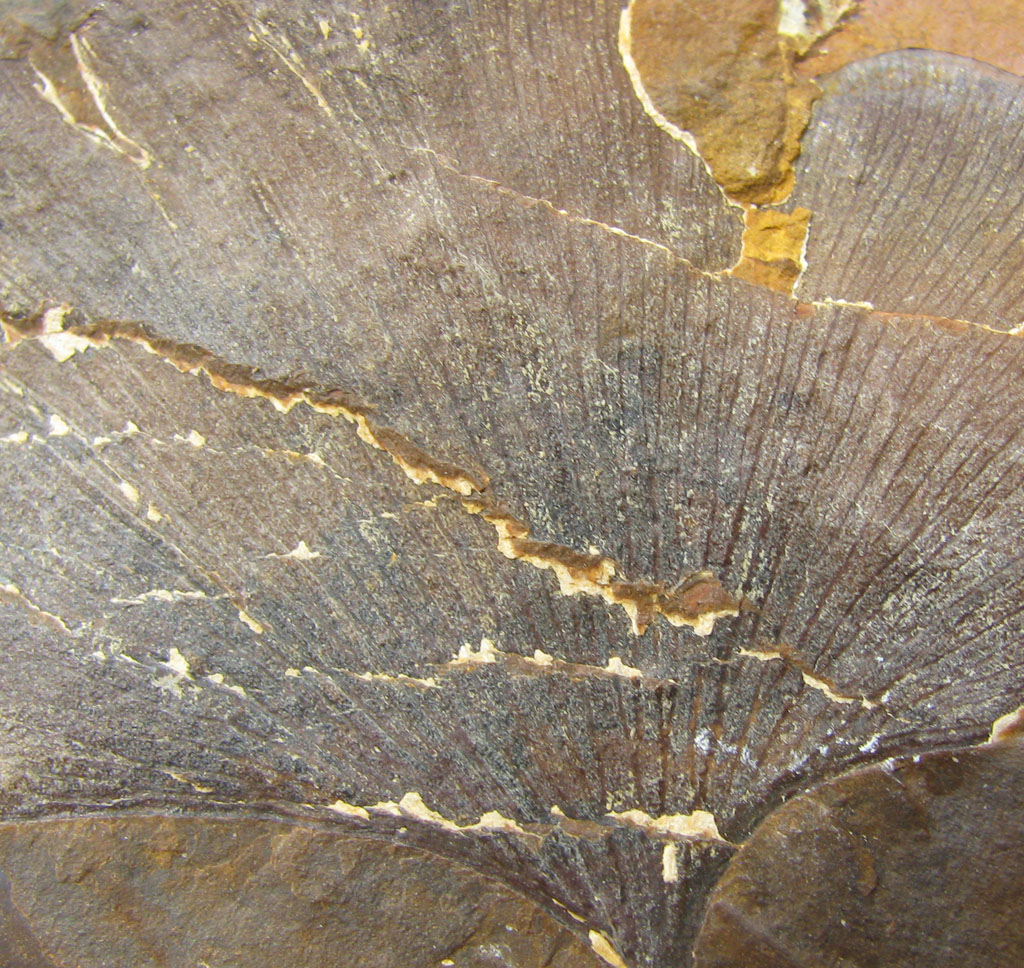 This piece has two distinct plant fossils on it. 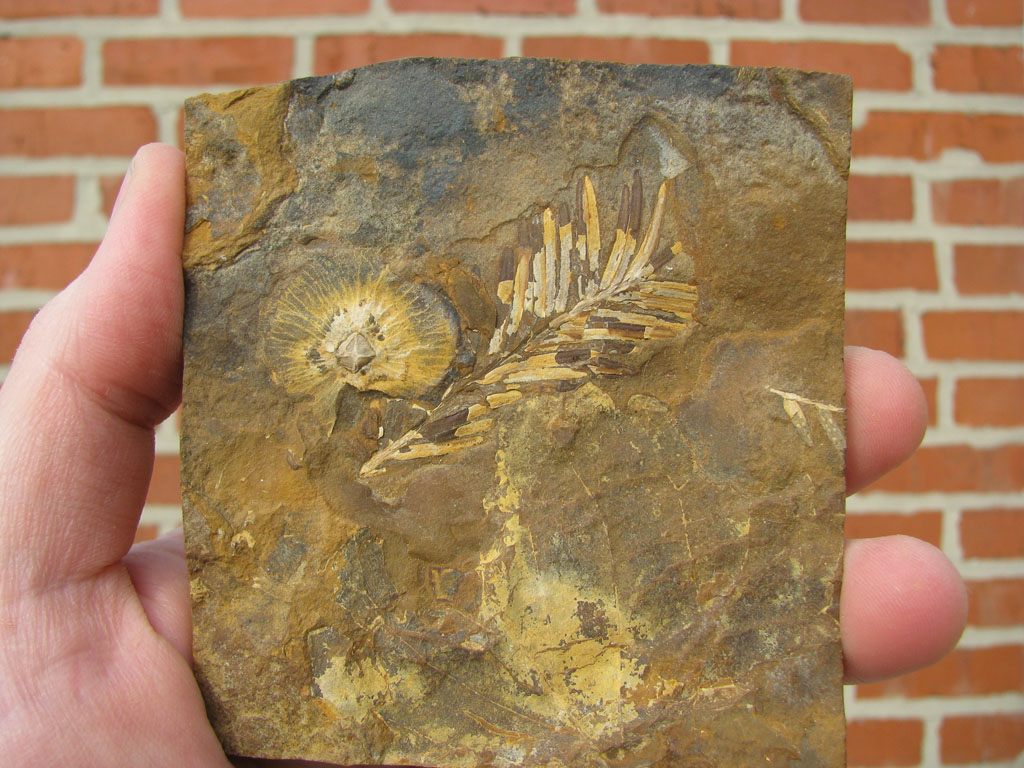 The first is a seed from a Cyclocarya brownii tree. This species, related to walnuts, has modern relatives living in China  but is no longer found naturally in North America (just like Gingkos!). 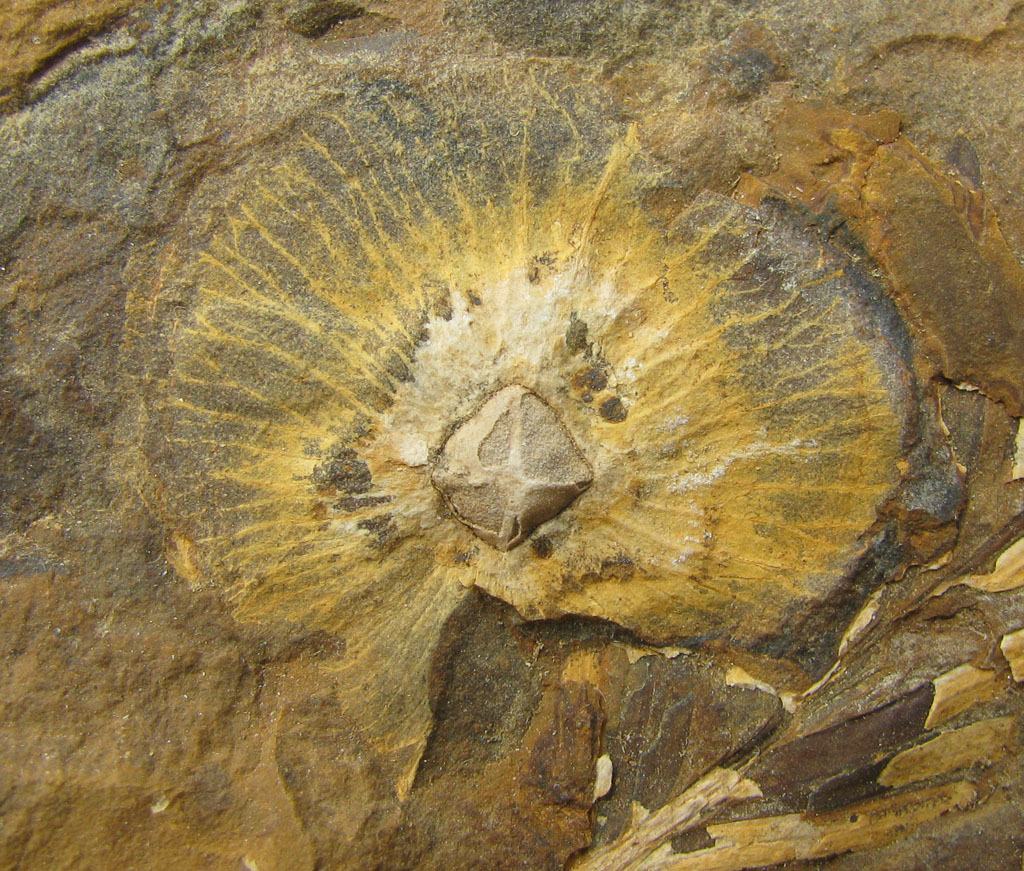 The other fossil is of some kind of conifer, possibly a Metasequoia. 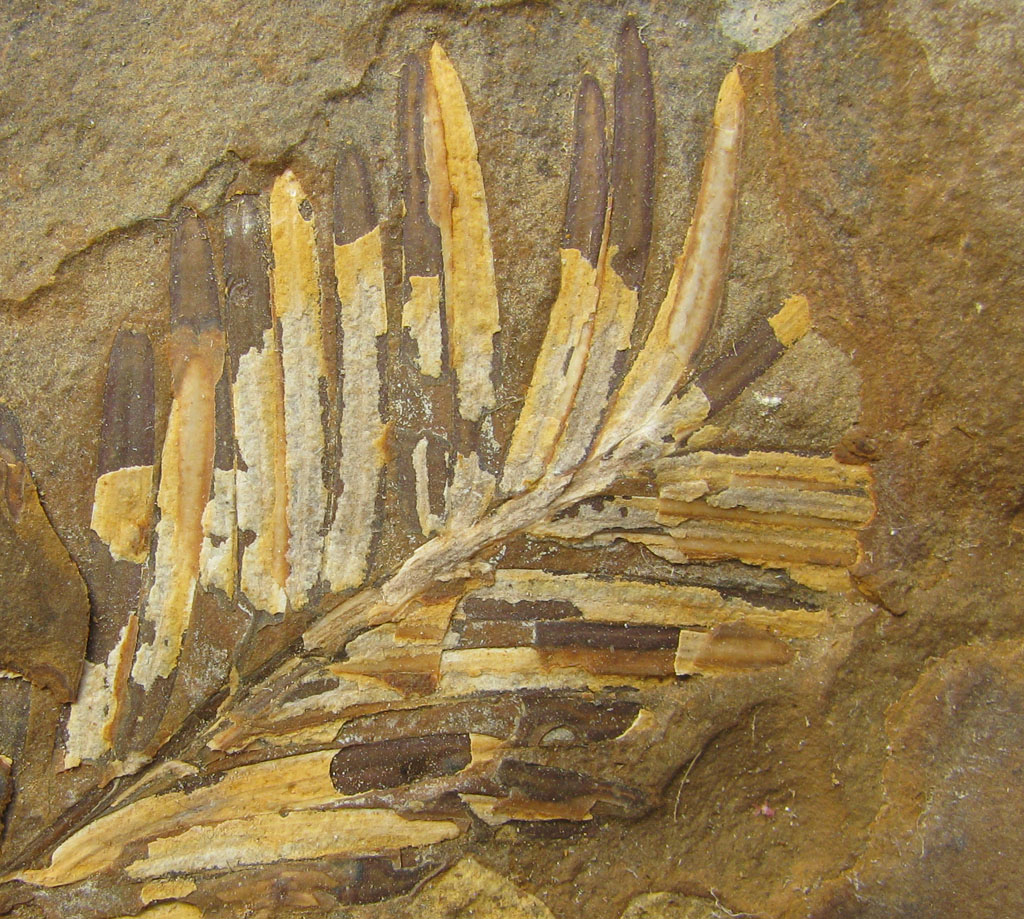 After reading the paper below, I know now that most of the fossils from the Sentinel Butte formation come from the Almont, North Dakota area although there was another site found near Beicegel creek, ND with similar preservation and flora.