Eurypterus lacustris from the Bertie formation

This past fall I finally found some Eurypterid fossils while visiting the Ridgemont Quarry near Stevensville, Ontario, Canada. It was my fourth or fifth trip to the quarry and previously I'd only found isolated parts of the animal. None were 100% complete but all were more than I had ever found. At the quarry the fossils are found by splitting thin bedded dolostone. The beds formed in a lagoon like habitat that was shallow and low in oxygen. Because the rock is dolomite this can be taken as evidence that the paleoenvironment was very warm with rapid evaporation. This is further reinforced by layers that have mud cracks preserved. Most of the fossils of Eurypterids that are found are molts of their exoskeleton. Depending on how quickly they became buried they would often break apart into smaller individual segments and be scattered by the currents. Thus to find any specimens of whole or nearly whole bodies is rare.

Here is the pit I was working 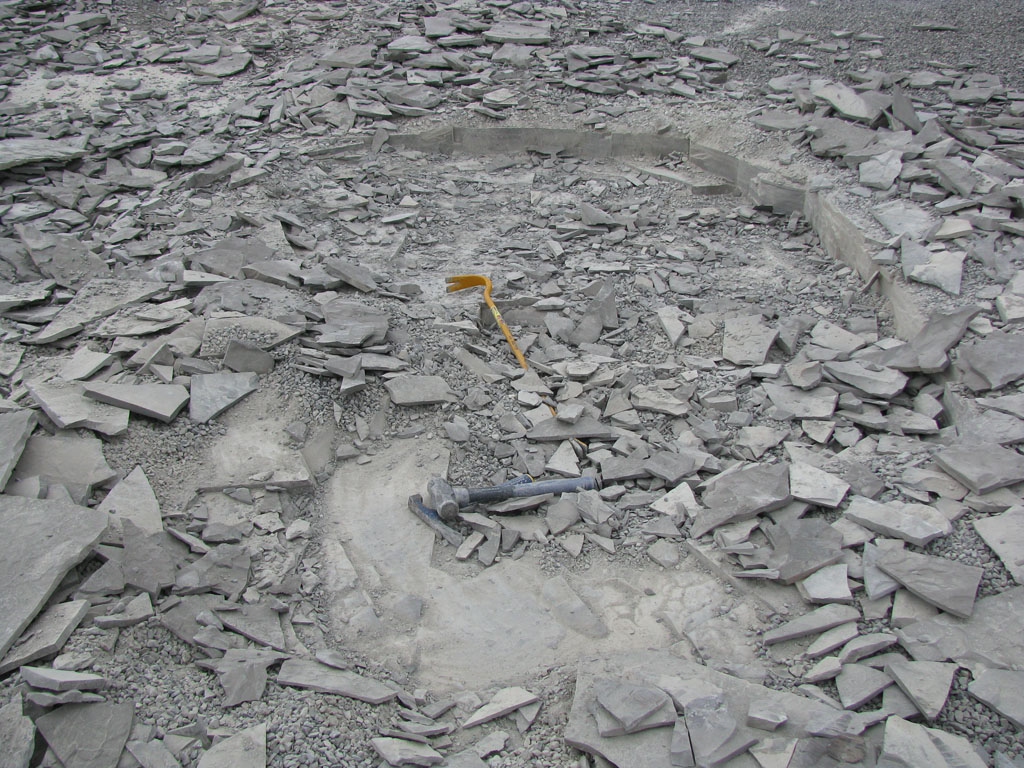 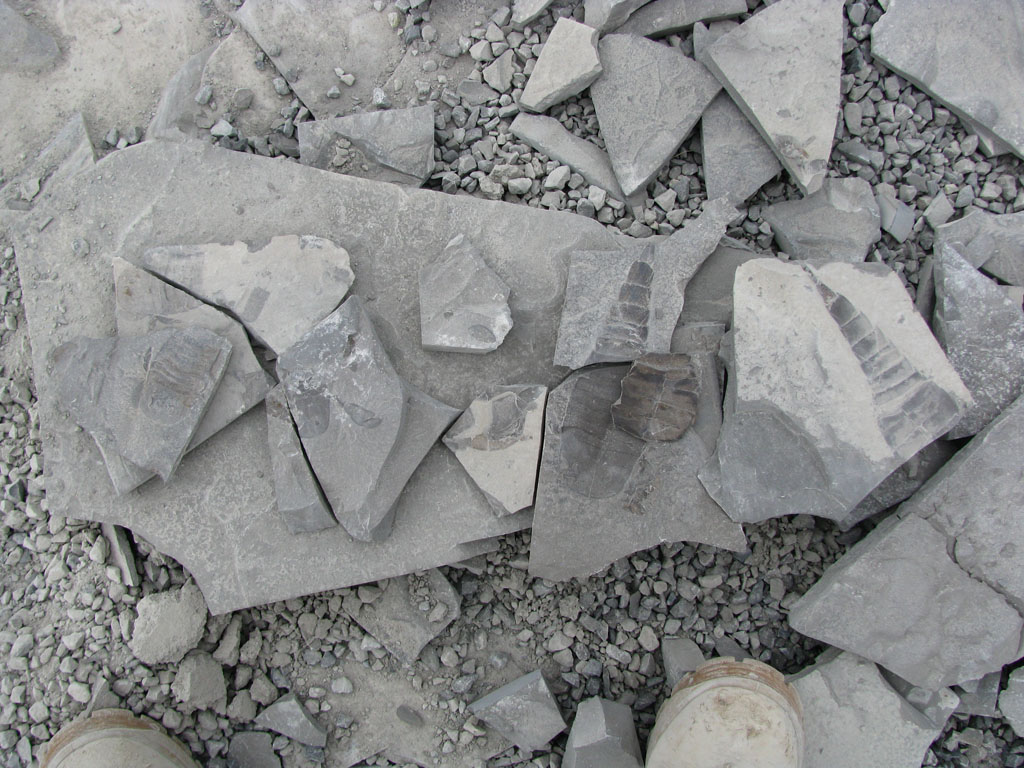 Specimen #1 is a positive and negative of the same fossil that is just the front half of the animal. Note that the lower plate is two smaller pieces that I glued back together. This is not uncommon at the site as the dolostone is very fragmented in places with cracks from previous blasting (it is an active quarry after all). 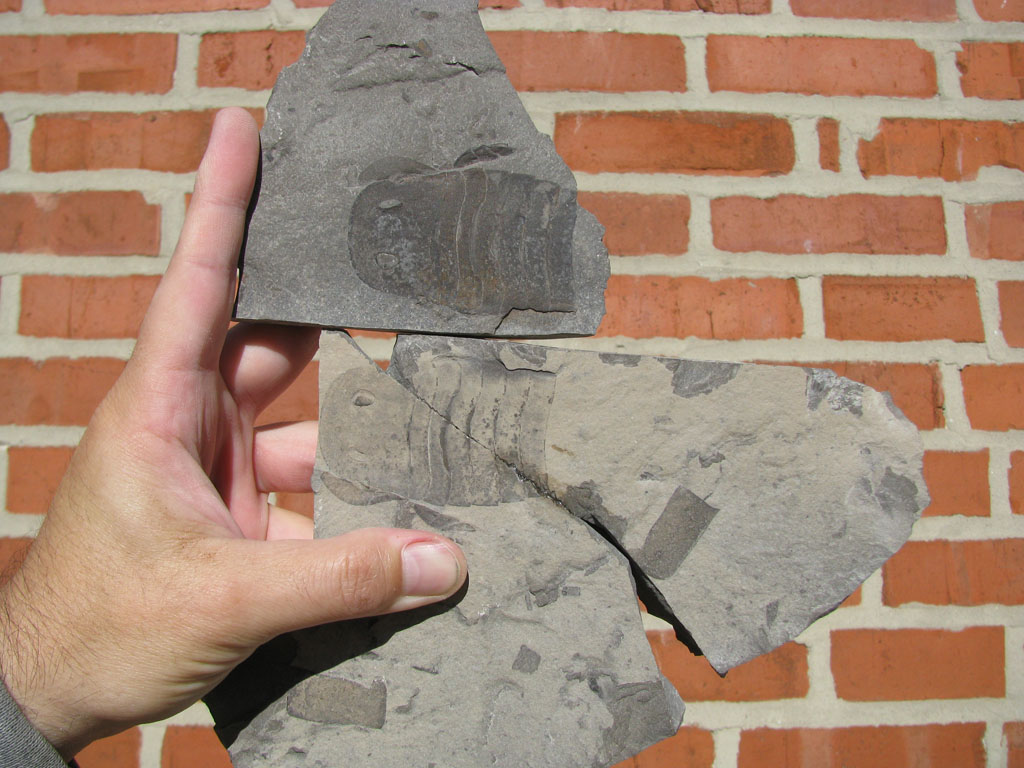 Specimen #2 is mostly intact but has many bits and pieces scattered about. The exoskeleton may have started to disintegrate just before it was buired or the pieces are from a different exoskeleton. 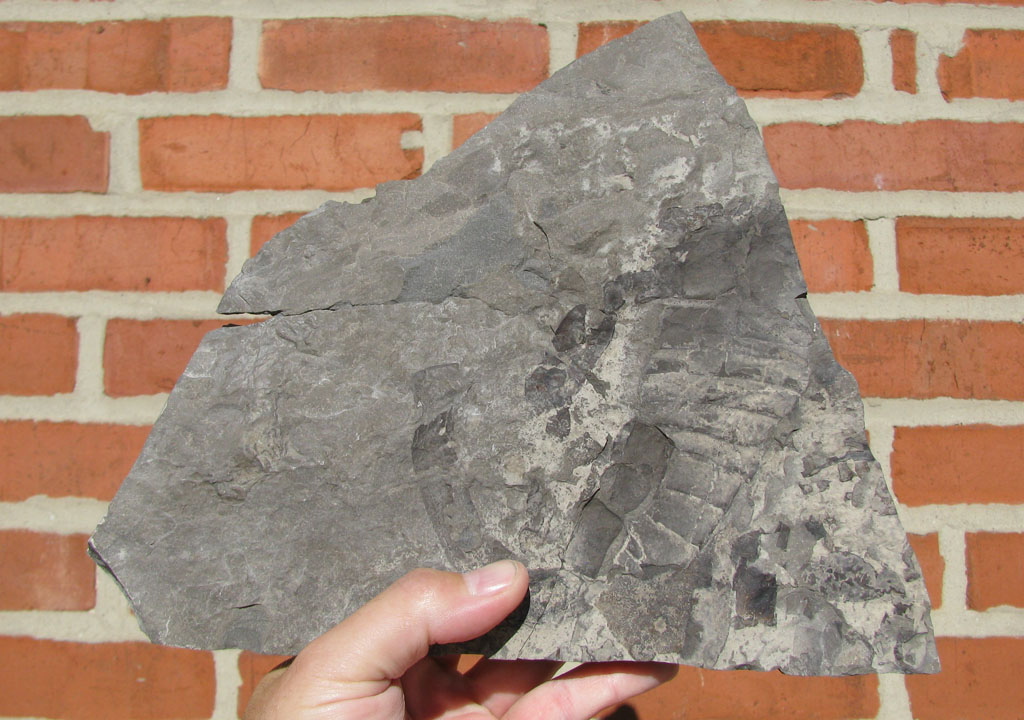 Specimen #3 is the most intact with nearly the entire Teslon (the spiny tail bit) and one of the swimming arms. I have no idea what happened to the upper half of the other side. I must have lost it among the rock debris during excavation and was not able to find it. 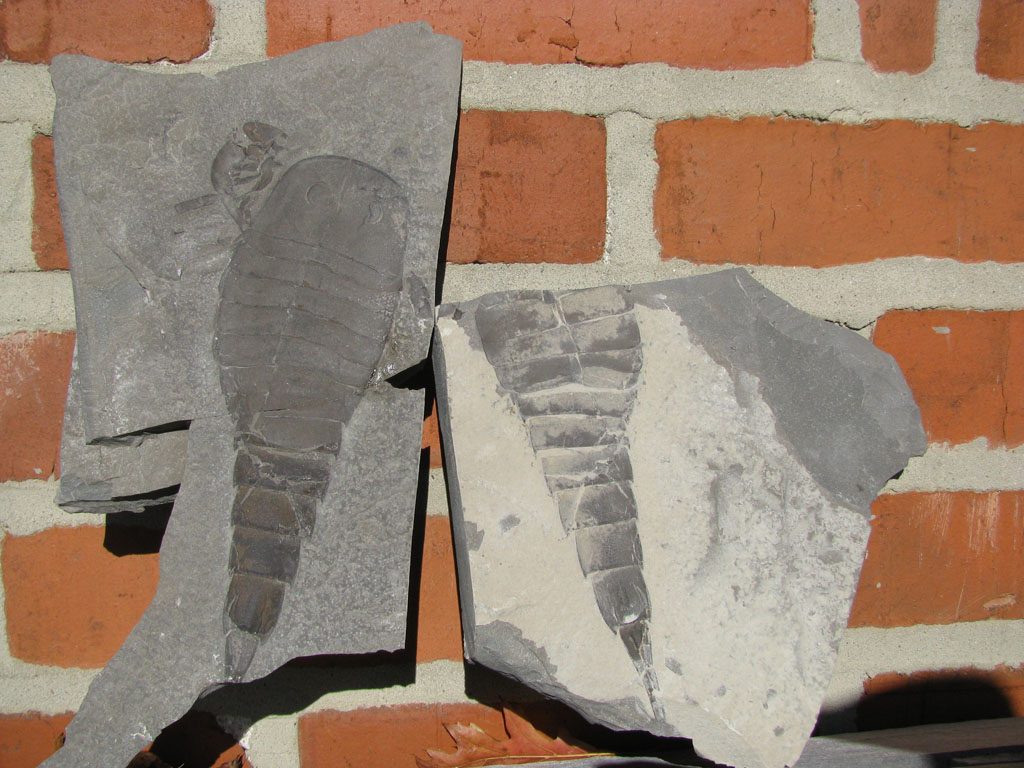