I'm always on the lookout for new brachiopods for my collection and this Strophomenid type caught my eye when posted on E-bay. It's from the Ordovician aged rocks near St. Petersburg in Russia. The seller had it identified as "Leptepsia sp." but as I had never heard of that genus I did some digging on Google. What I came up with was a paper written in 1969 by T.N. Alihova. Unfortunately it's mostly written in Russian (cyrillic alphabet) so I can't easily translate it but the names of the genera and species are in the latin alphabet.

The title of the paper is "СТРАТИГРАФИЯ И БРАХИОПОДЫ СРЕДНЕОРДОВИКСКИХ ОТЛОЖЕНИЙ МОСКОВСОЙ СИНЕКЛИЗЫ" which translates roughly (via Google Translate) to "Stratigraphy and Brachiopods of the Ordovician Deposits of the Moscow Syncline".

So, in summary, I believe this is Leptestia sp. from the Aseri stage, Middle Ordovician, Vilpovitsy Quarry, St Petersburg. 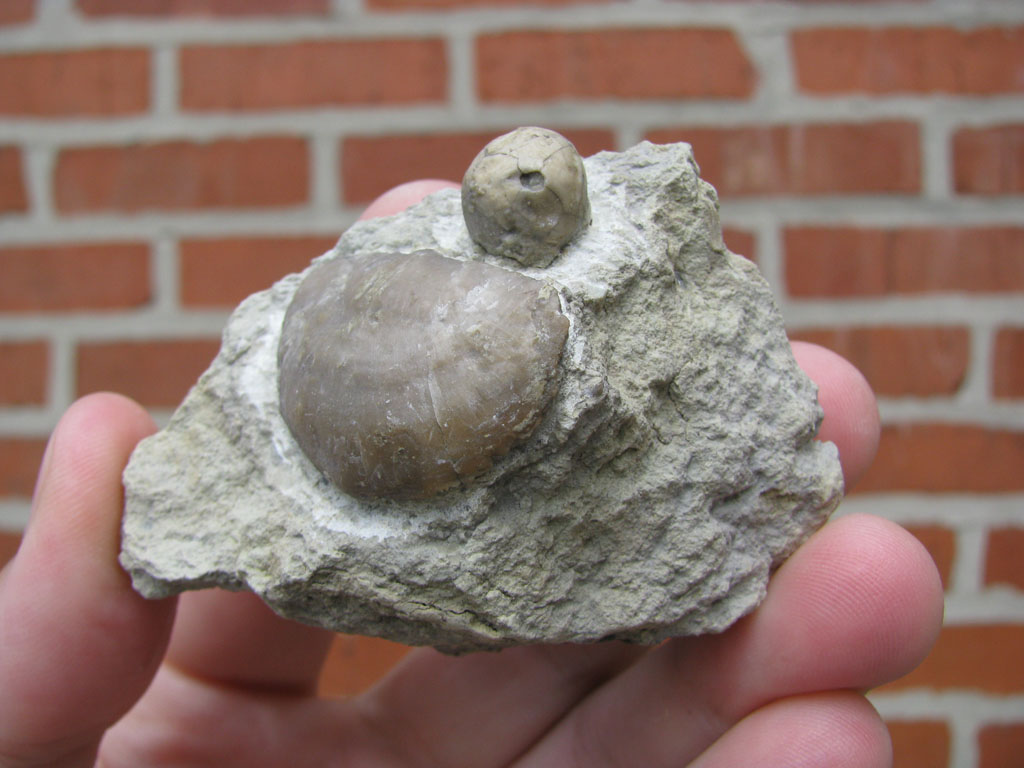 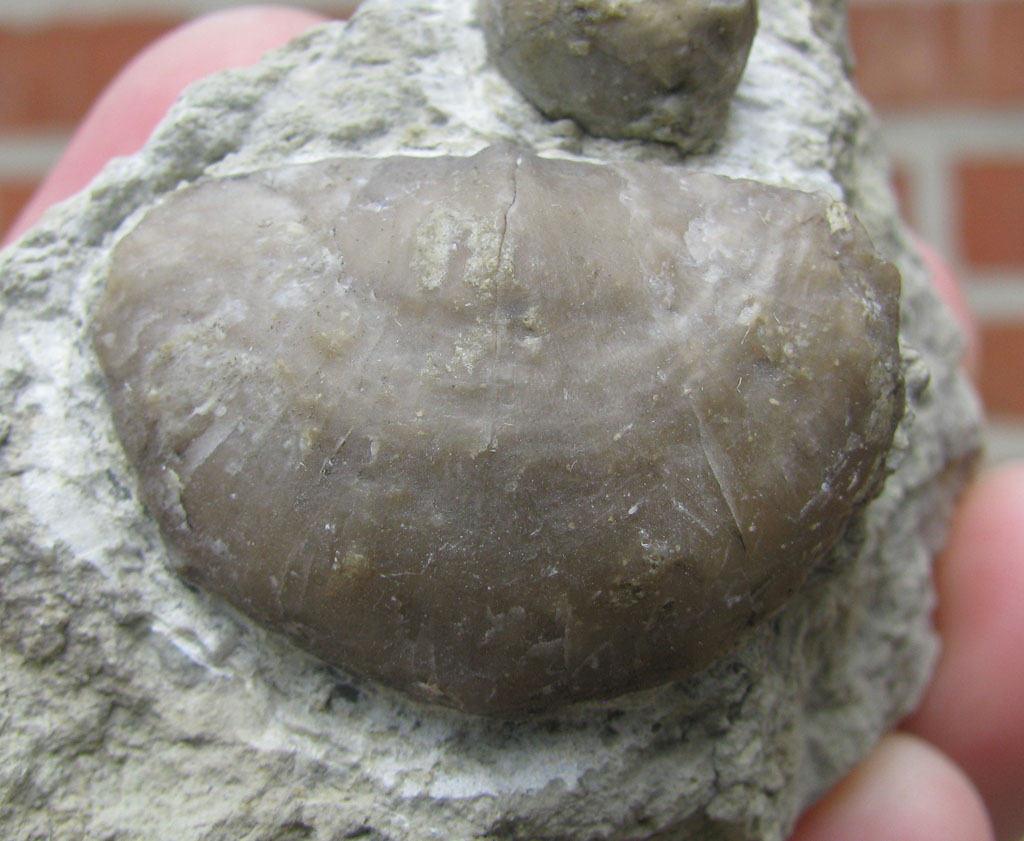 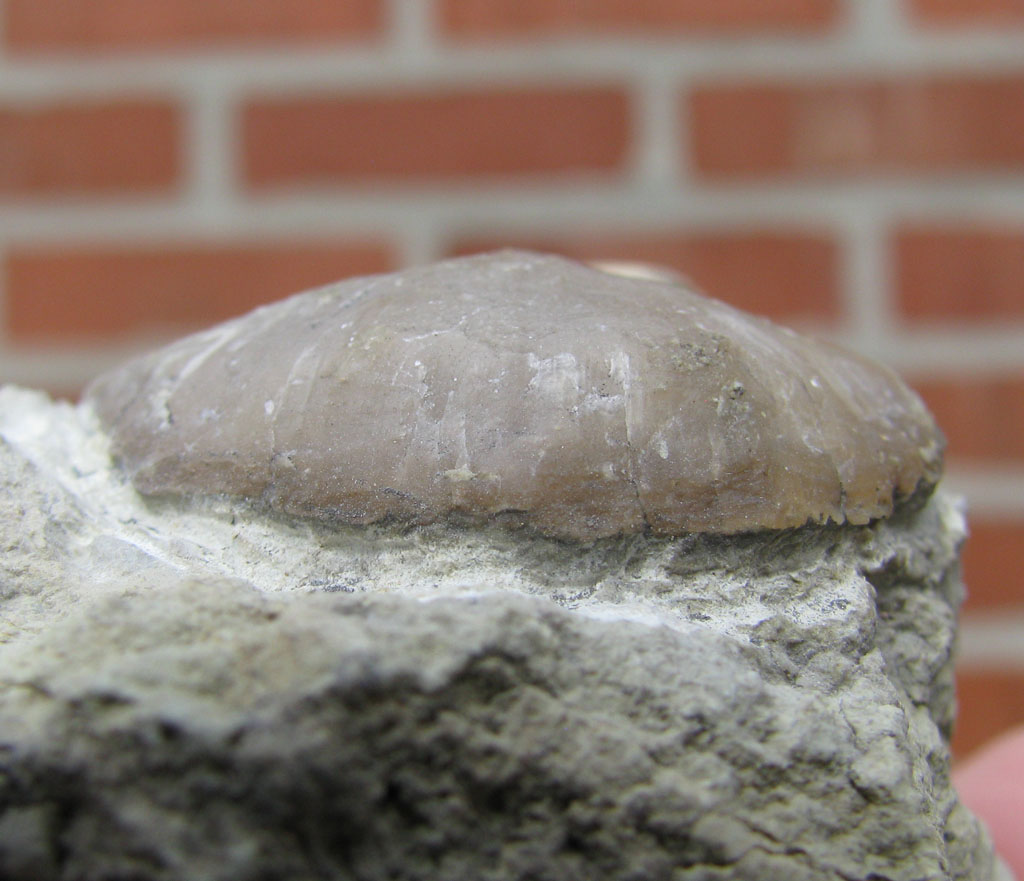 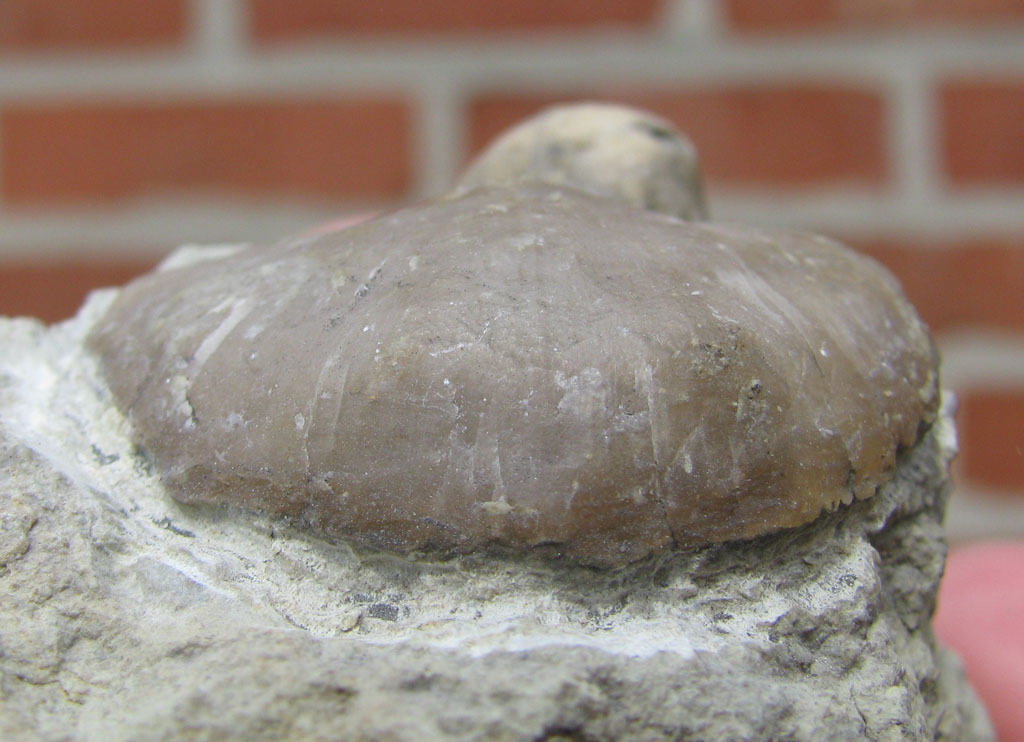 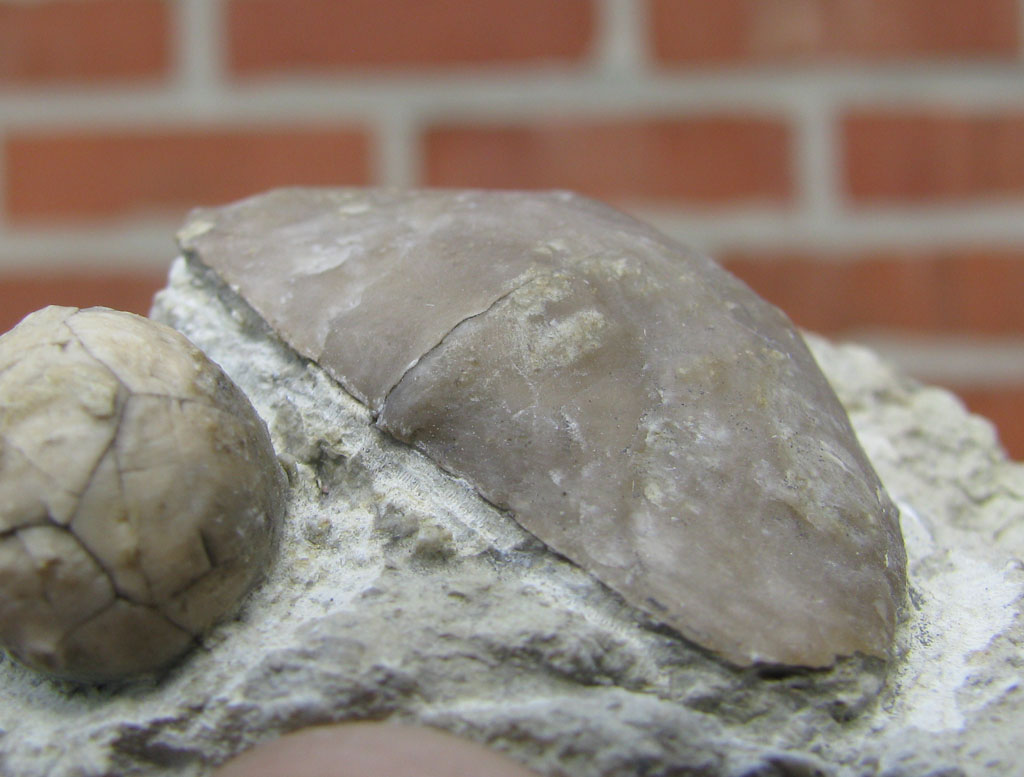 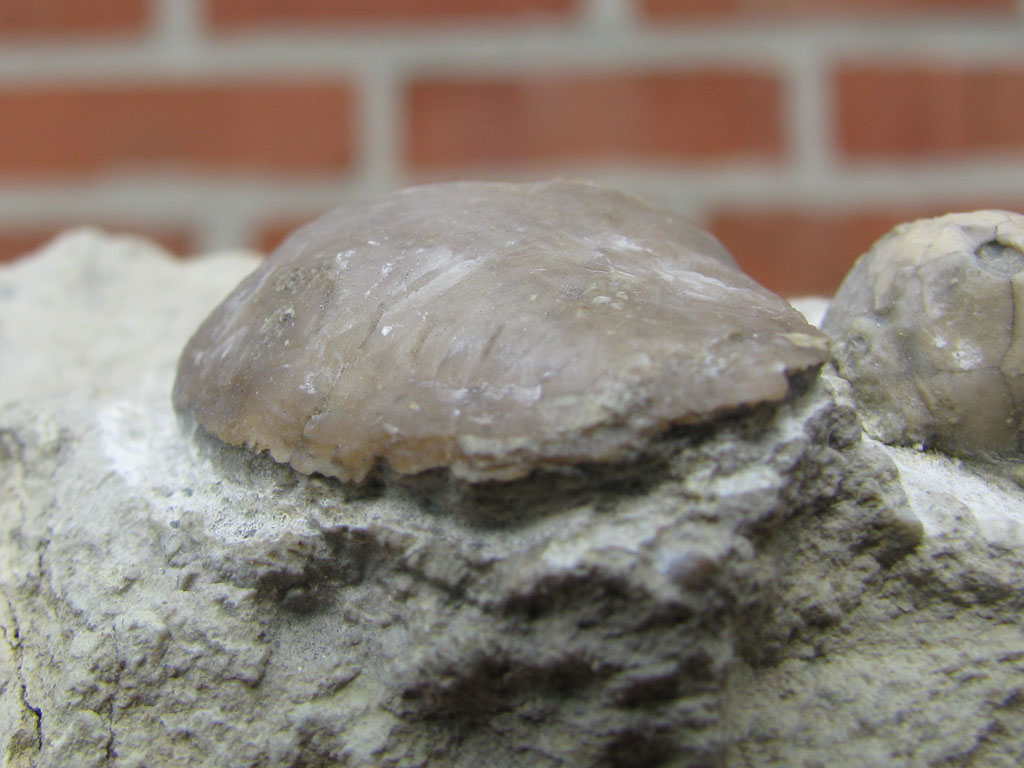 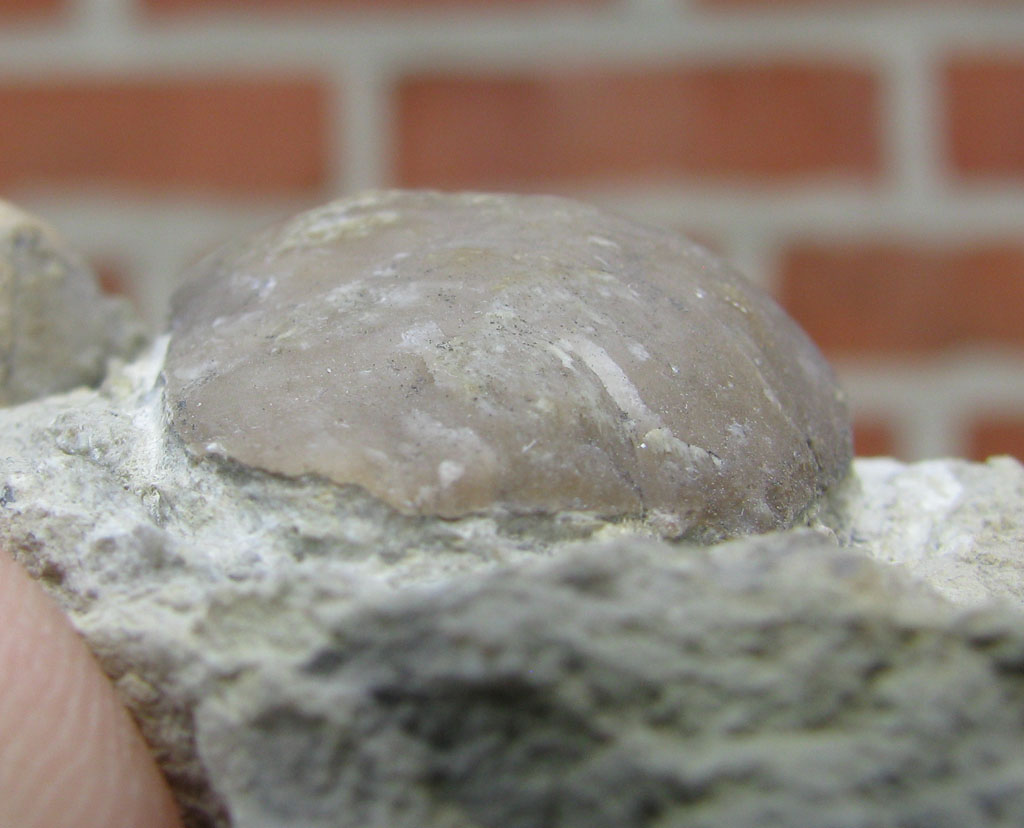 Oh, and there is a cystoid on the piece as well that was labelled as "Cyclocrinus sp." which I find suspect as well. A little looking around on the website Fossiilid.info gave me a possible match in Hemicosmites sp.. Update 5/14/15 - Thanks to the comments on this post I now believe this to be Cryptocrinites sp. 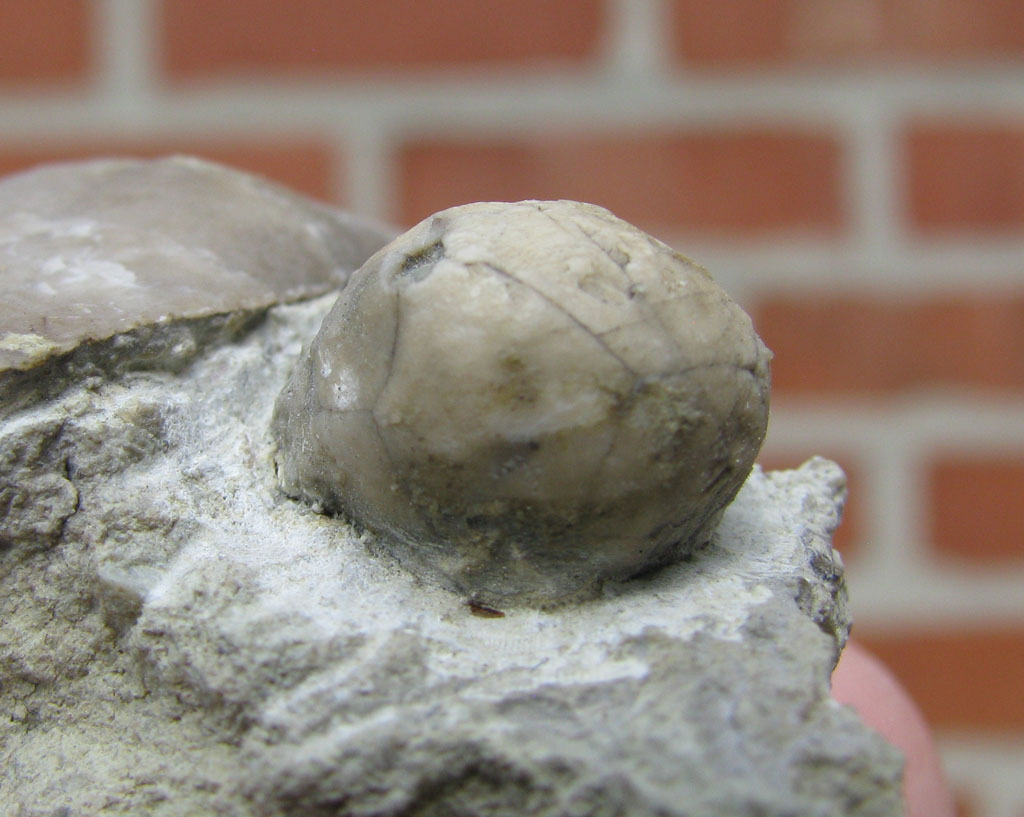 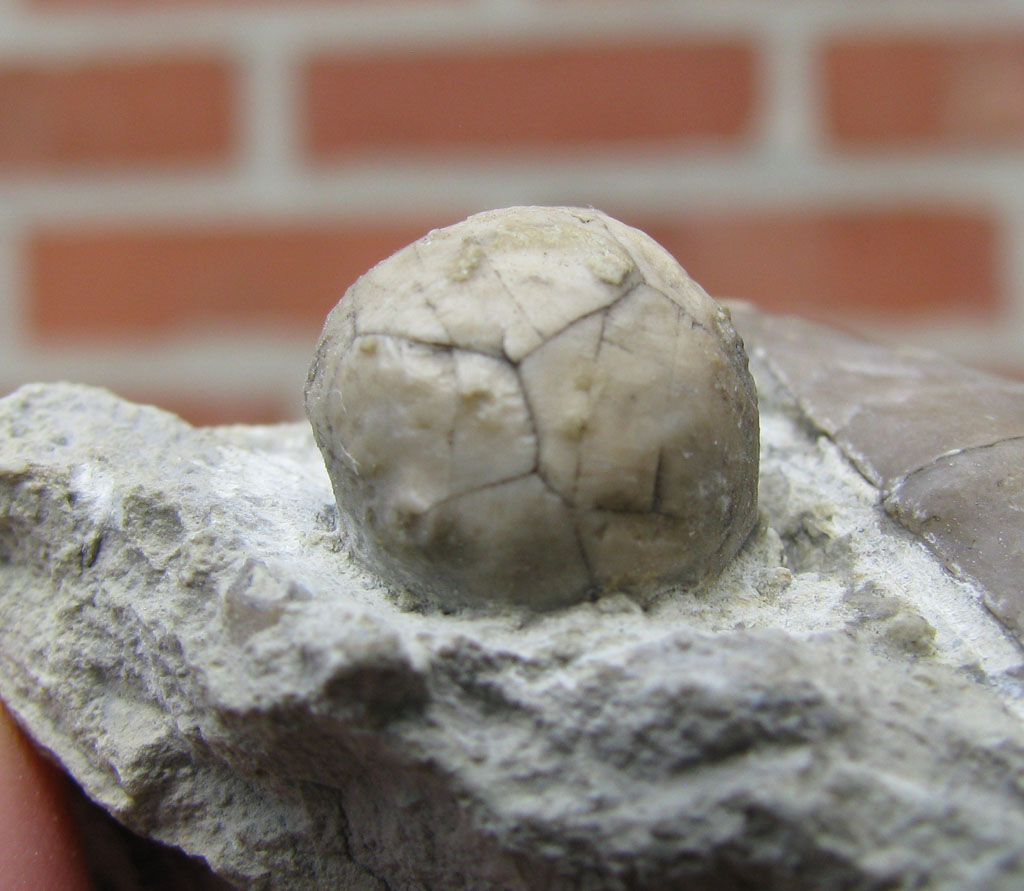 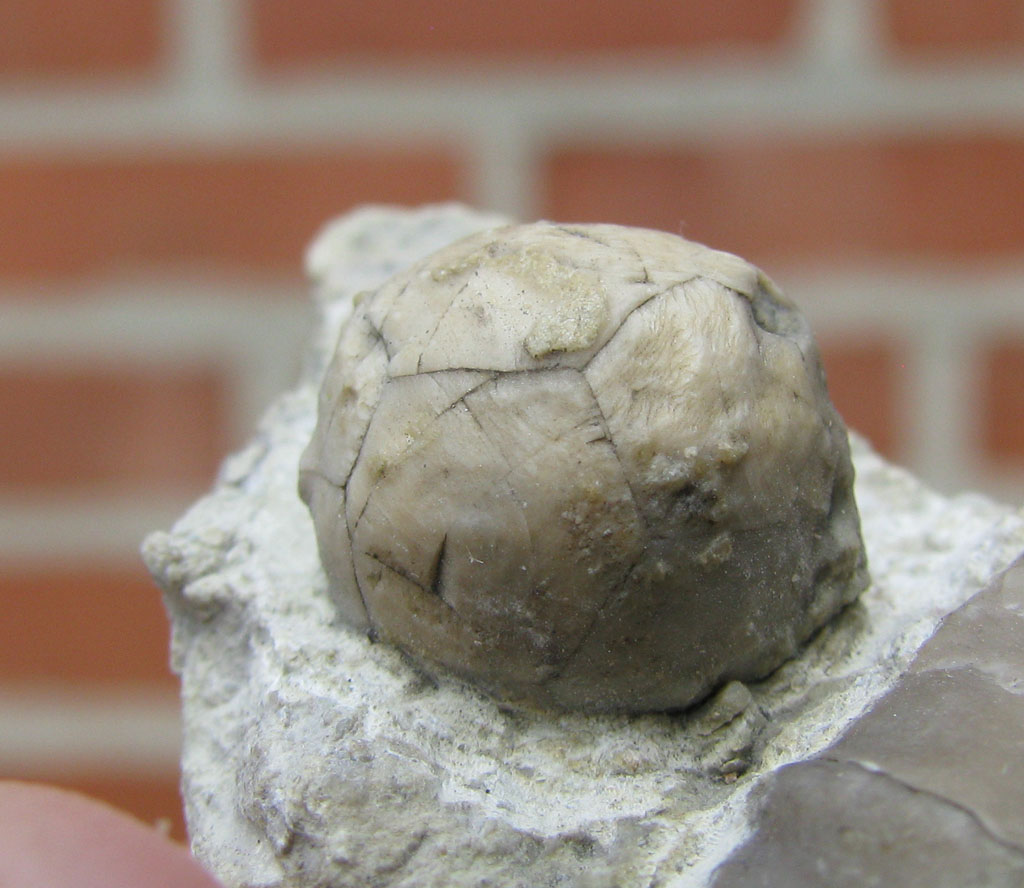