This is the brachiopod Resserella canalis from the Silurian Wenlock formation (Wenlock series, Sheinwoodian to Homerian stage), near Dudley, England. The Pedicle valve is very convex and has a curved beak. The brachial valve is flat to slightly convex. Radial ribs are fine and only minor growth lines are visible. This is a widespread genera during the Silurian and I've found the similar looking species Parmorthis waldronensis in the Waldron Shale and, Resserella elegantula, from the Irondequoit Limestone (both of which are similar in age to the Wenlock formation). 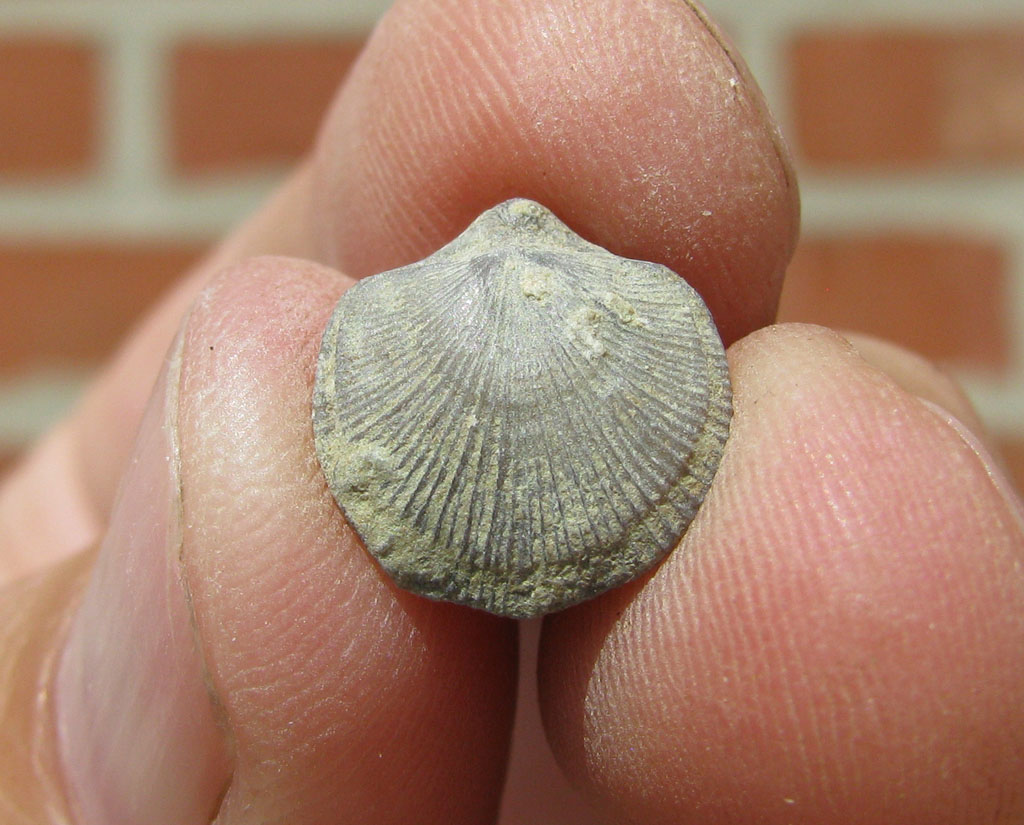 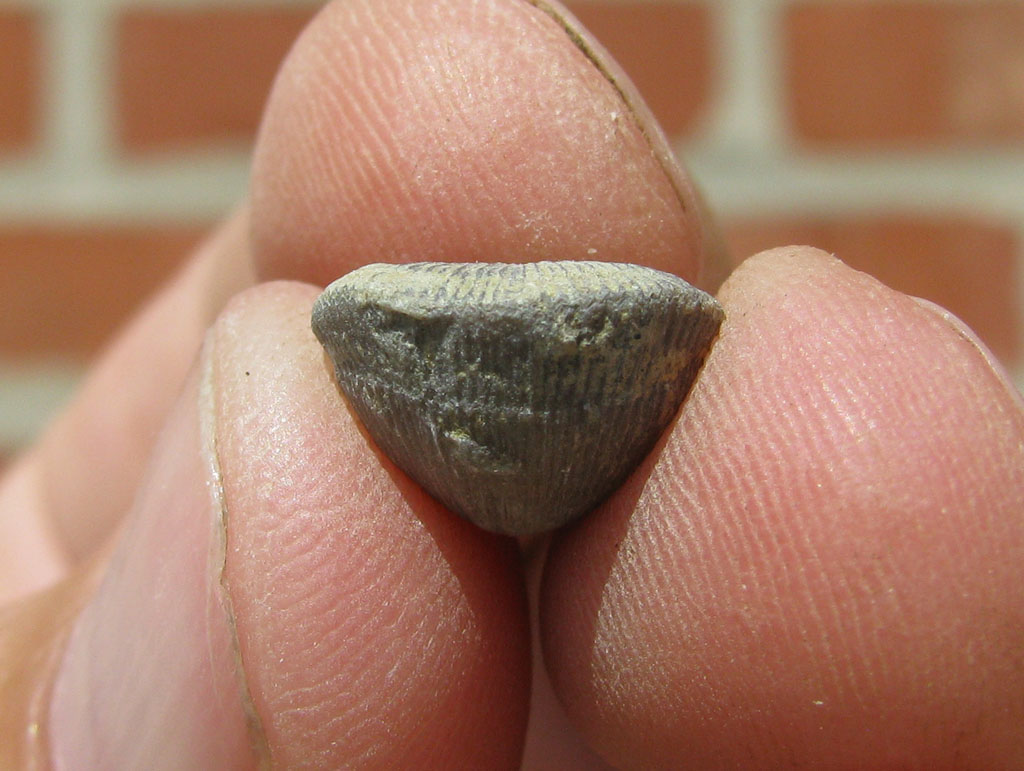 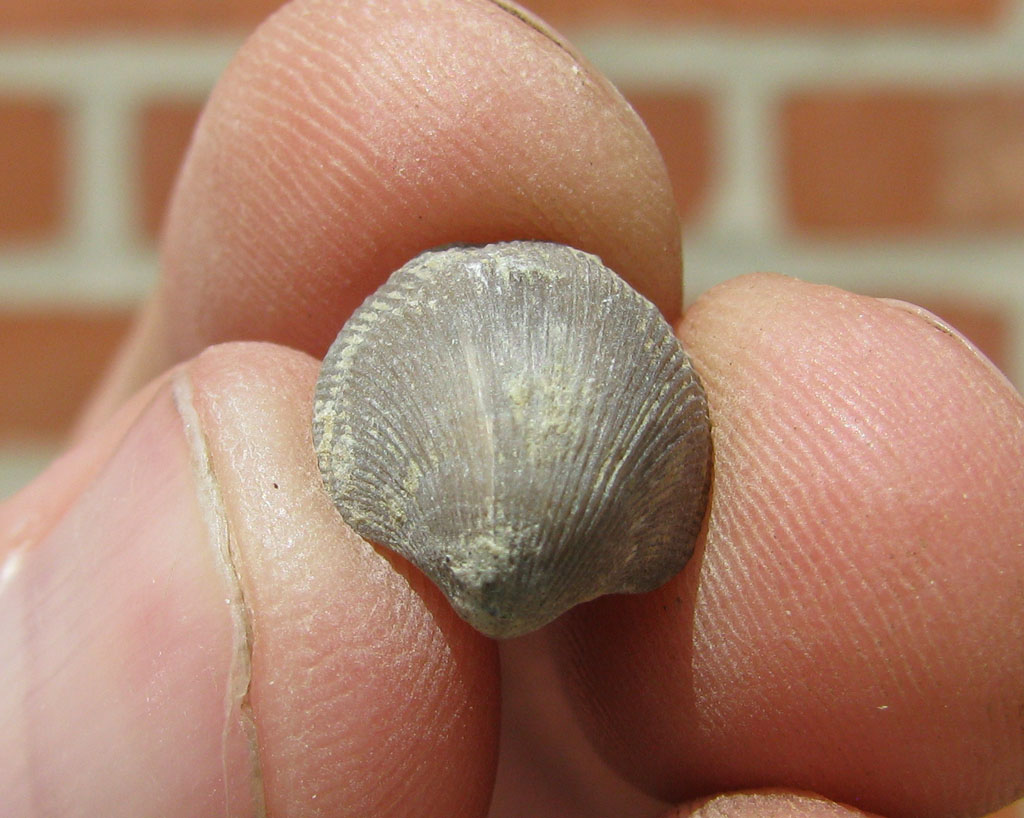 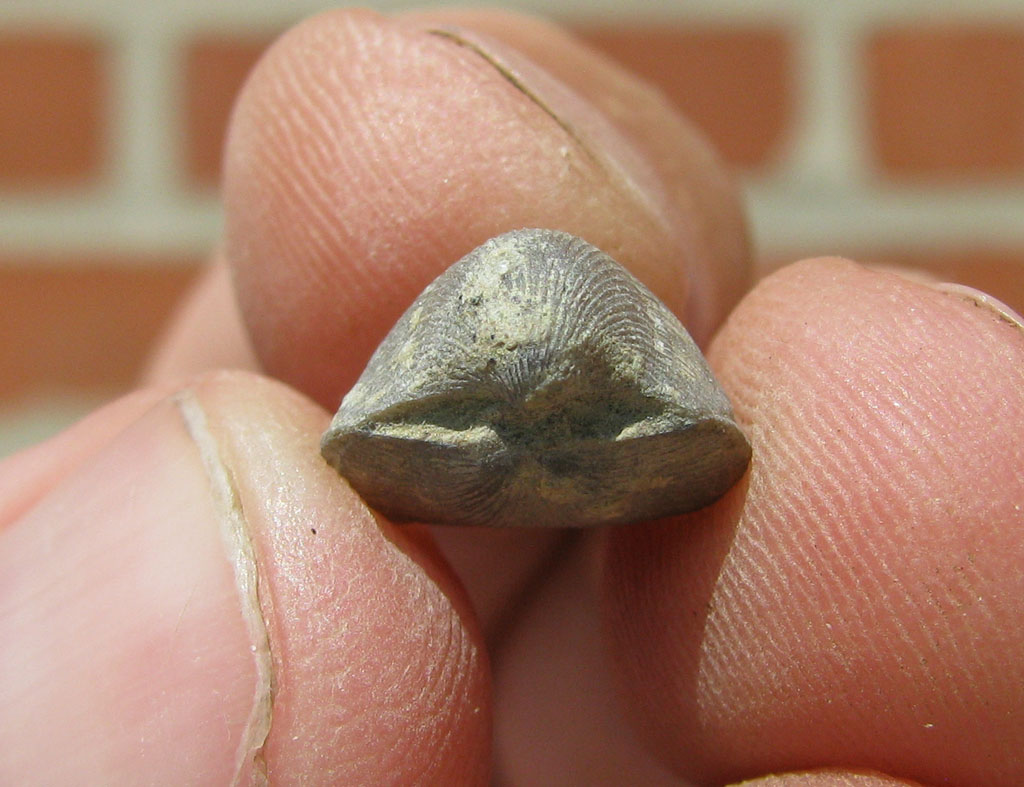 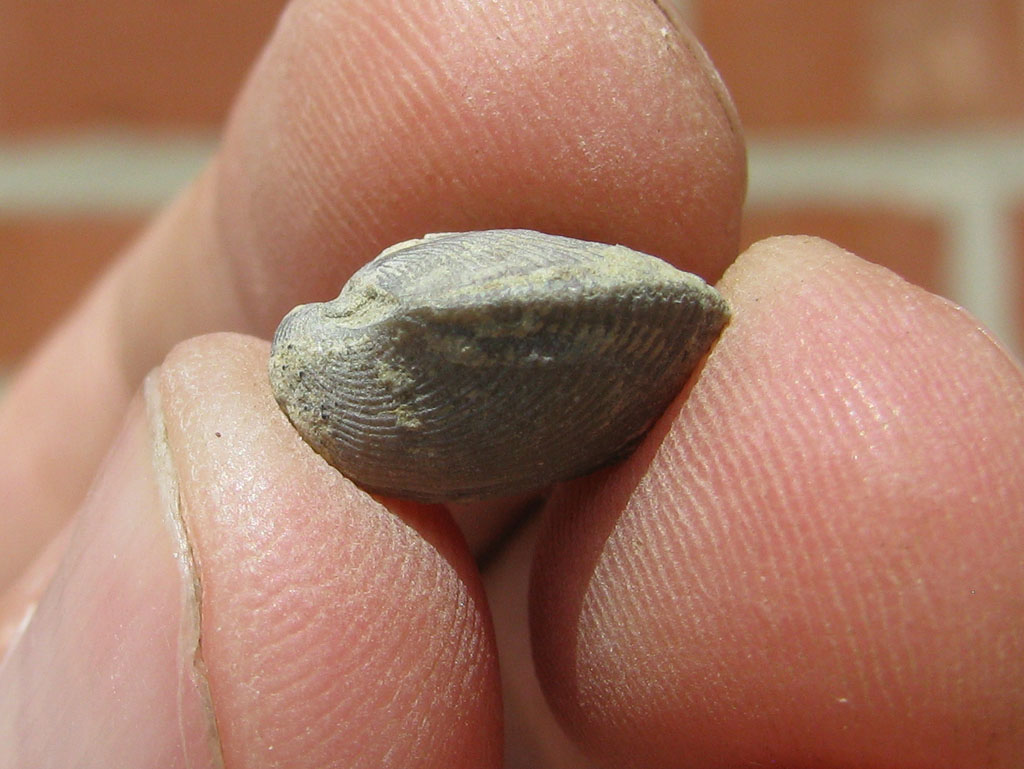