An ubiquitous member of many faunal assemblages of the early Paleozoic is Leptaena. It must have been quite the generalist because I've found it in rocks from the Ordovician through the Devonian. The specimen below is Leptaena depressa from the Silurian aged (Wenlock epoch, Sheinwoodian to Homerian stage), Wenlock formation near Dudley, England. The shell is rectangular in shape with wavy growth lines and very fine radial ribs. Most specimens also have a feature where the pedicle and brachial valves are equal until the edge where they meet. At this point the valves make a sharp turn downwards all along the margin except at the hinge line. In some specimens this can be quite developed and the shell will have a triangular shape in profile.

My theory is that these brachs were attached to a hard substrate for most of their lives until they got too big and the pedicle muscle couldn't hold them upright. The shell them fell over onto the pedicle valve but the animal was still alive. Thus the shell kept growing "upwards" towards the current. 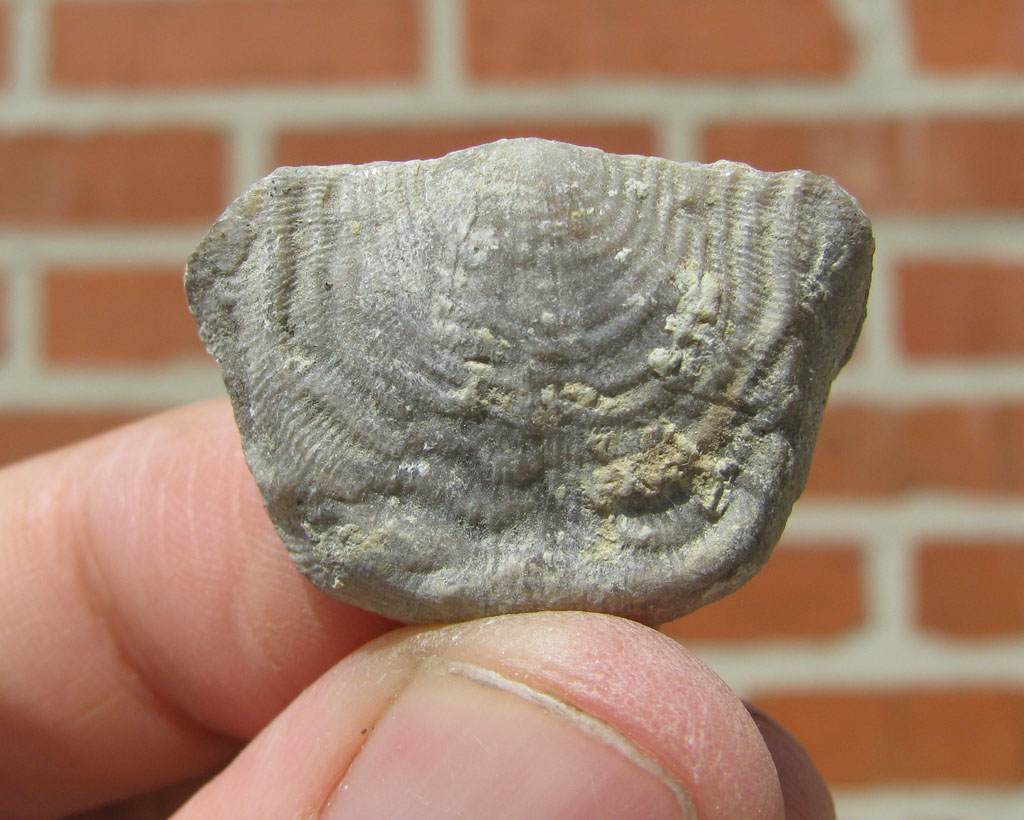 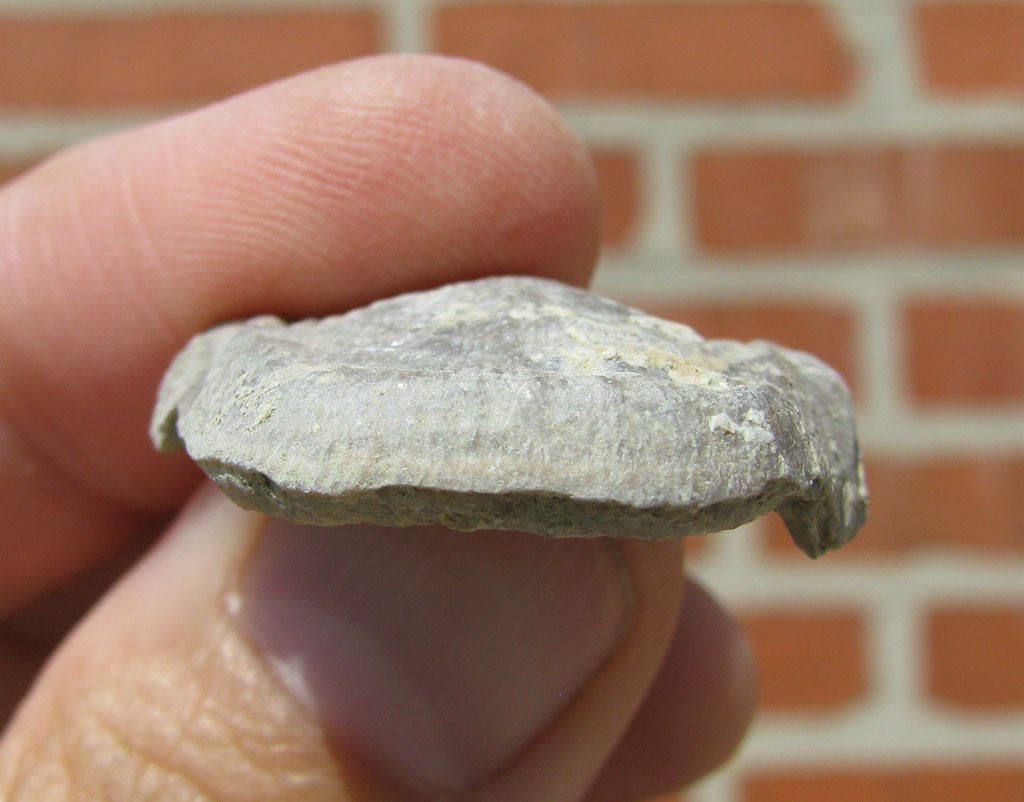 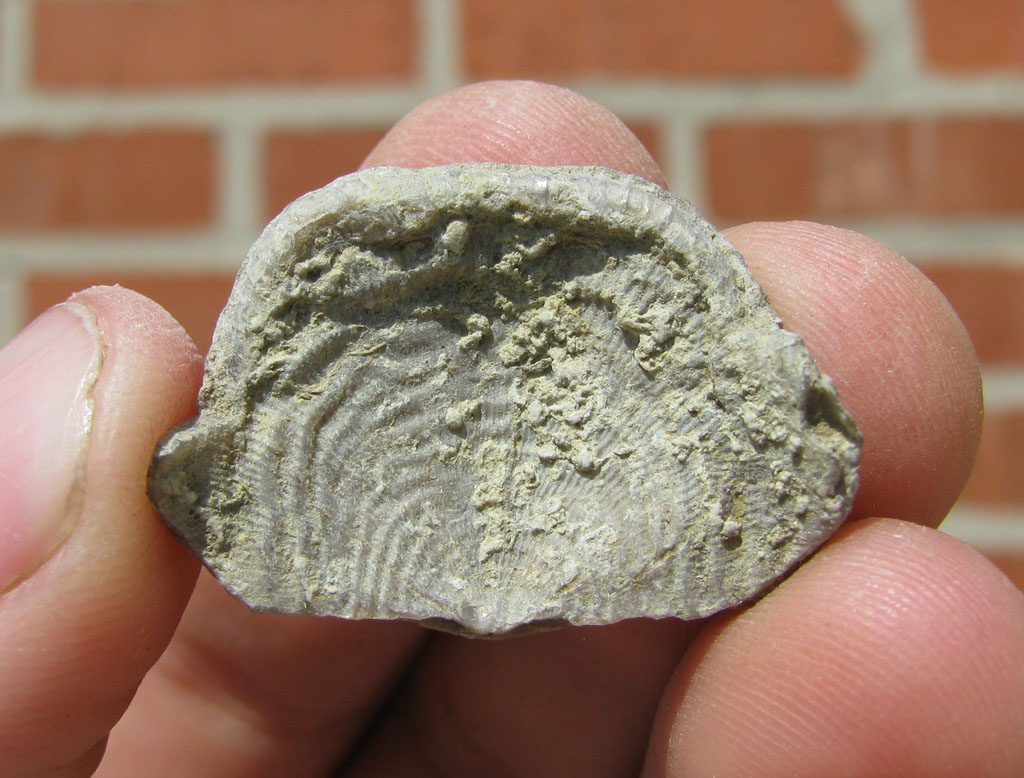 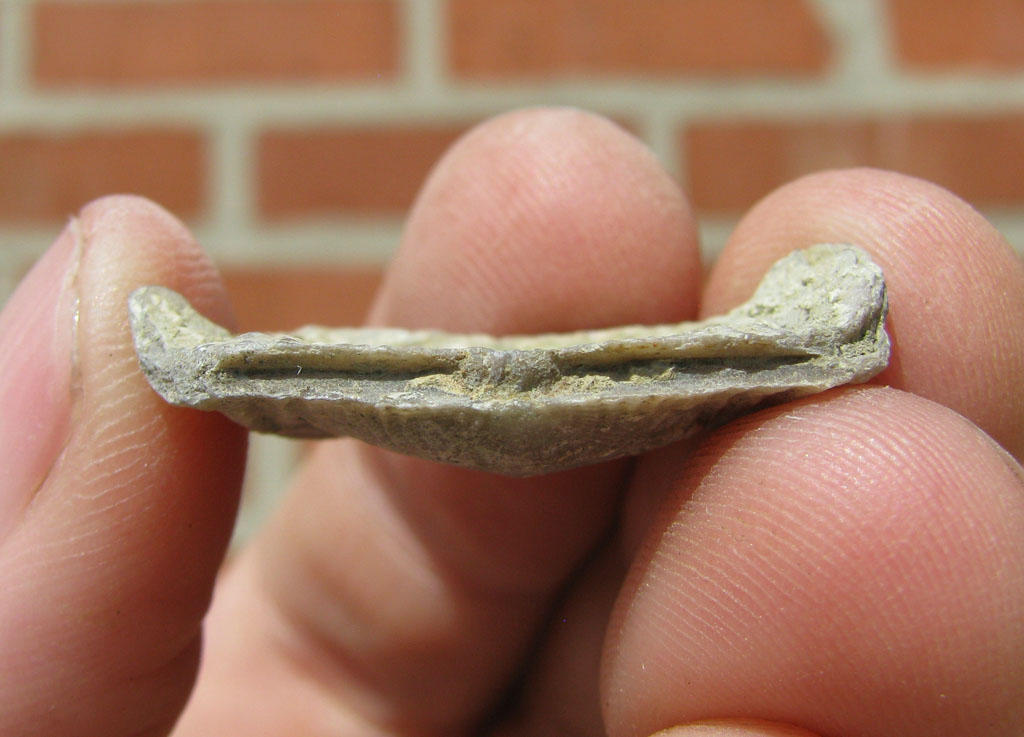 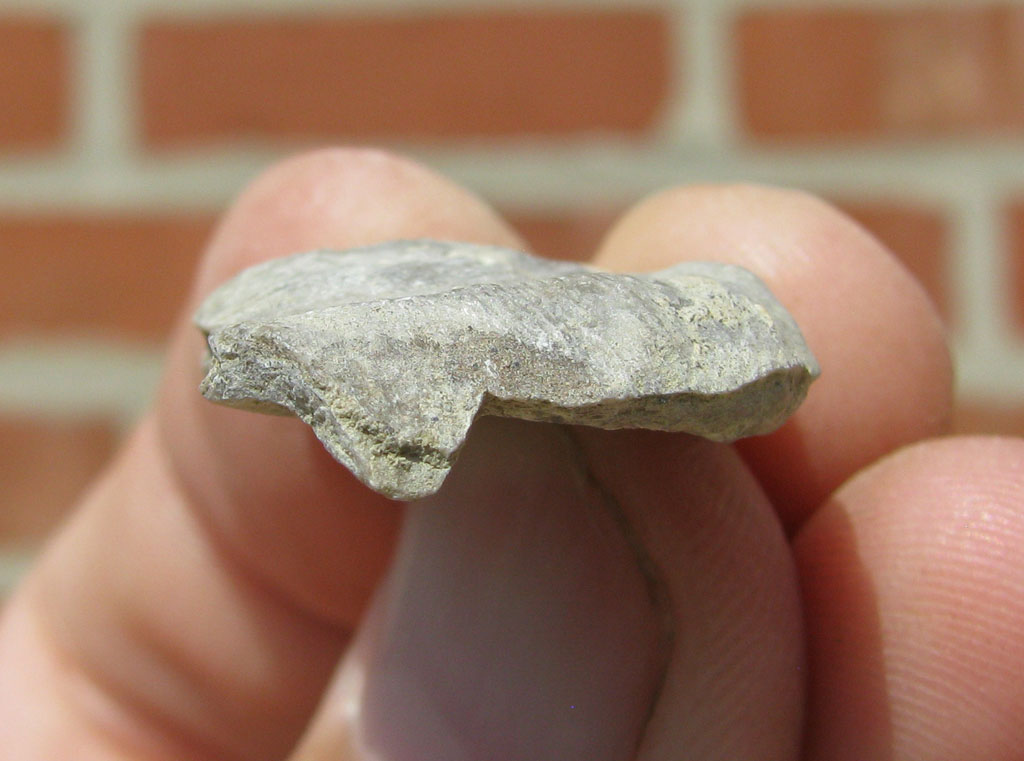 I've found other examples of the genus in the Irondequoit limestone & Haragan Formation.
Posted by Dave at 12:01 AM