Another neat coral from the Silurian is this Thecia minor from the Lobelville Fm member of the Brownsport Formation (Ludlow epoch?) near Lobelville, TN. It has a flat, sheet like or encrusting growth pattern and the individual corallites have radial line growths around them. Note the grooves that connect between the corallites. They are called Mural Pores and were used as a nutrient transfer system among the colony. 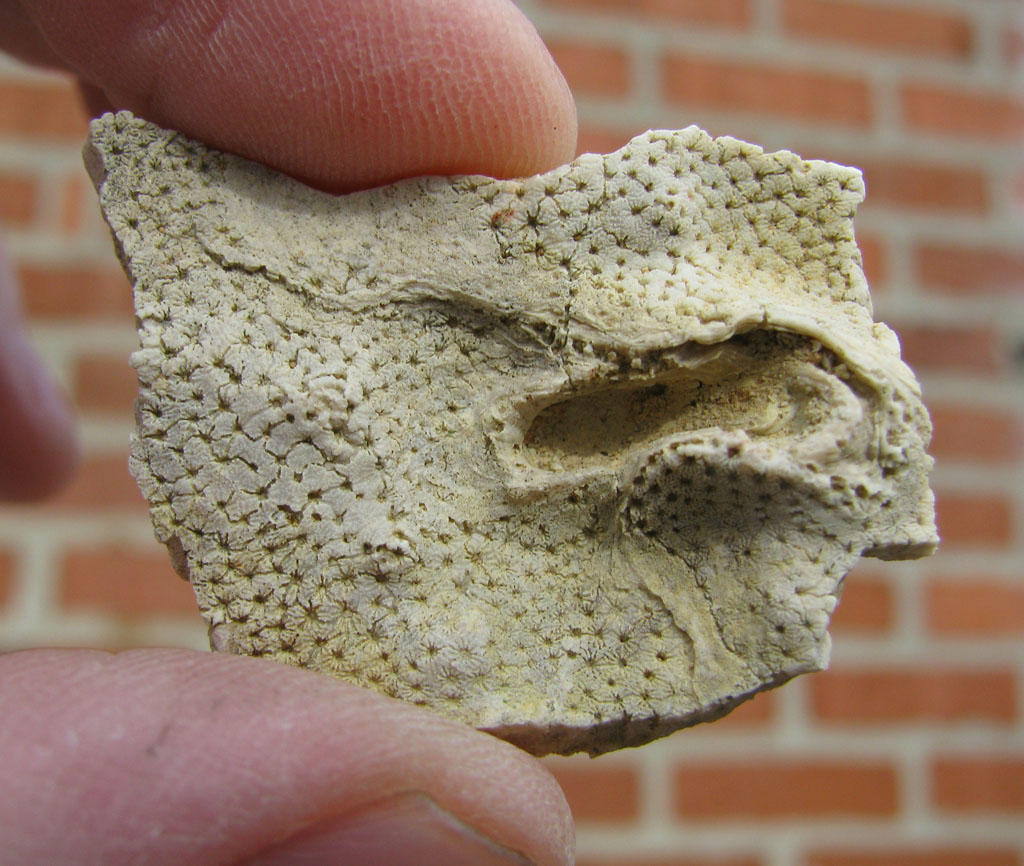 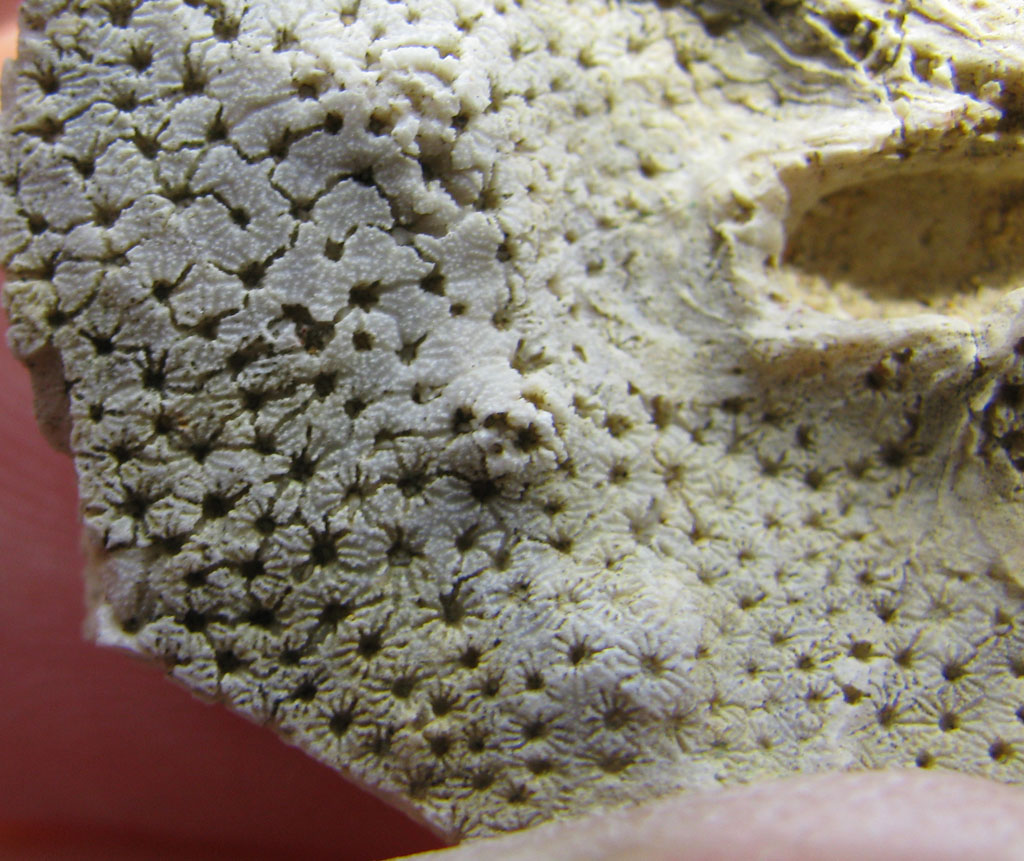 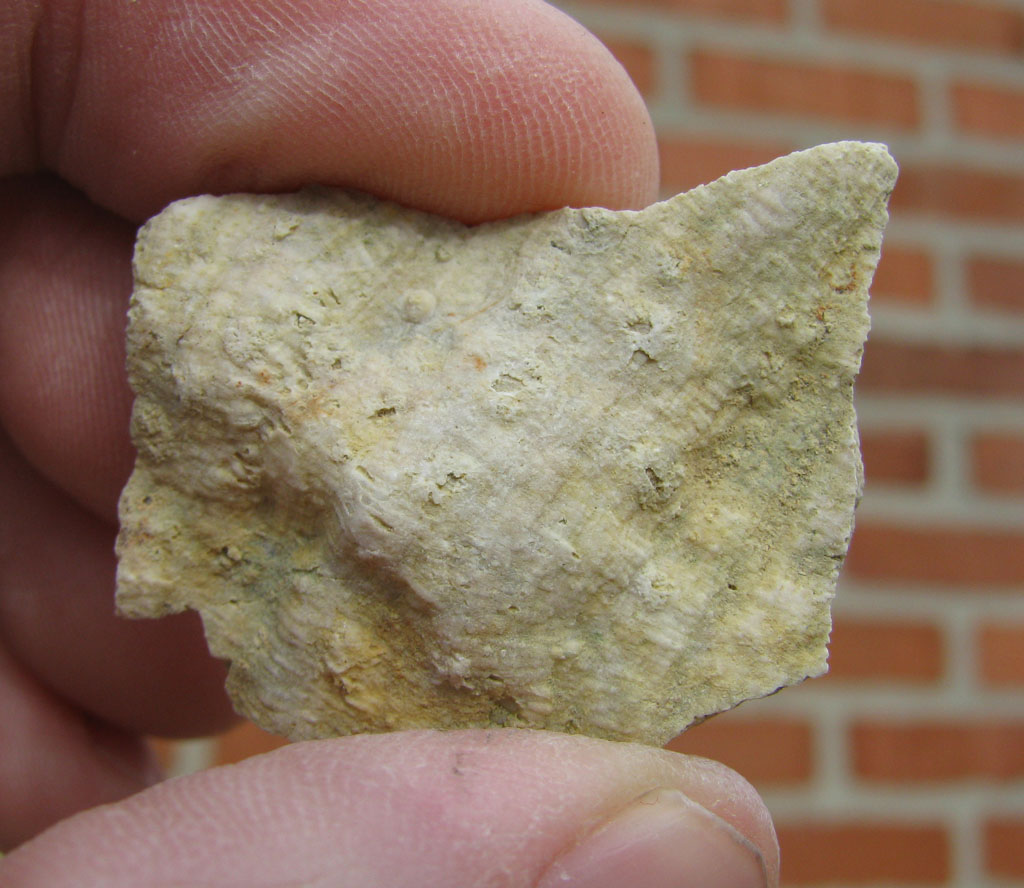 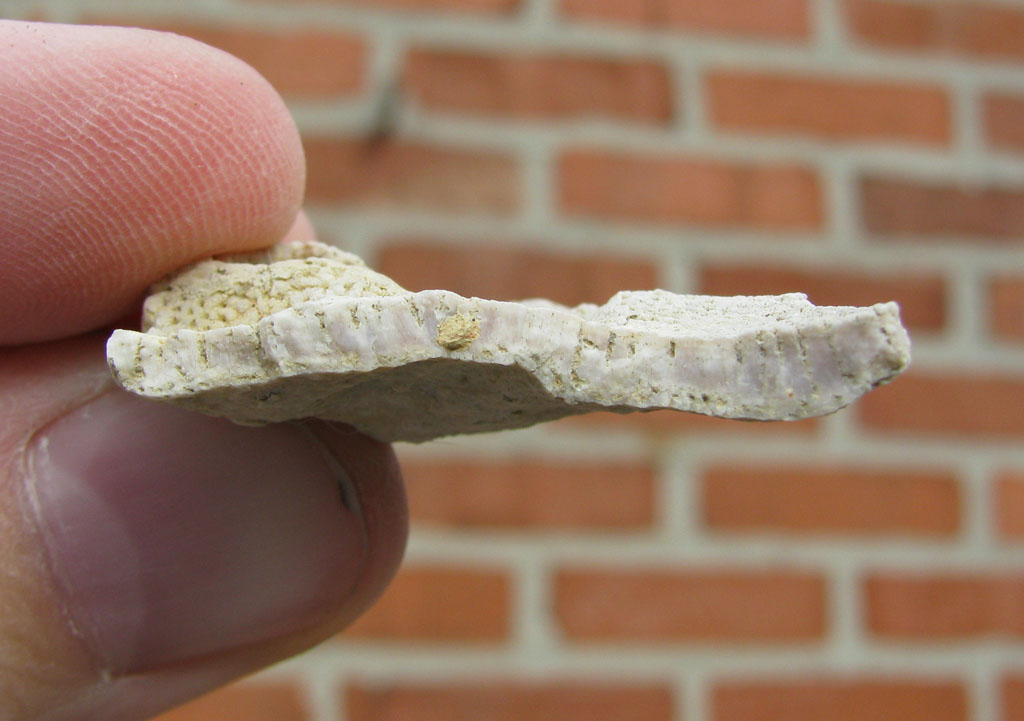 I've found something similar from the Louisville Limestone in Kentucky that is called Romingerella major.
Posted by Dave at 12:01 AM