Prior to finding the specimen below, Favosites turbinatus was a species that I'd found only in Givetian aged rocks. This specimen was found in the Edgecliff member of the Onondoga Formation south of Syracuse, NY. The fossil is somewhat cramped looking so let me walk you through the pictures.

This is a view of the bottom of the coral. This is the side that would have been lying in the mud. Note that in this view the corrallites appear smooth but without an epitheca as though they were in contact with a surface. This is because Favosites turbinatus grew inside the shells of dead pelecypods and gastropods. Note also the large partial crinoid column section (the rectangular piece that appears to have "layers" perpendicular to it) that is embedded with the specimen. 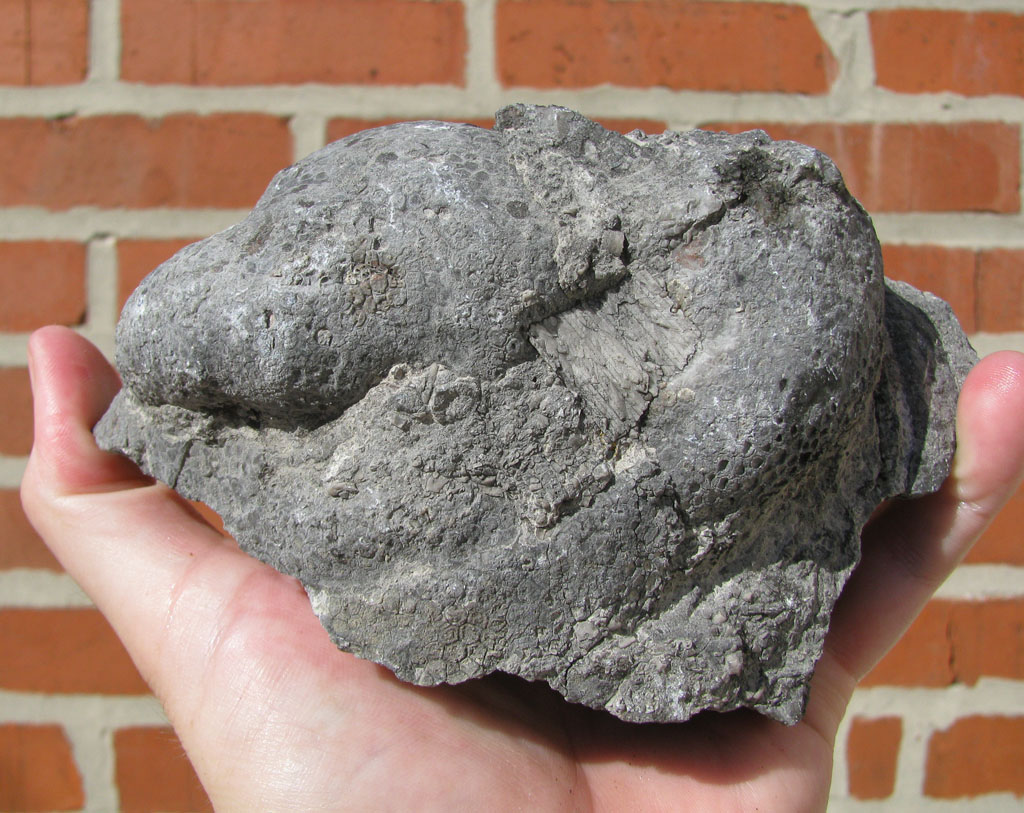 Now I've turned the piece 90o towards the camera. Starting on the left and proceeding right is the tell tale curved portion that resembles the interior of a pelecypod or gastropod shell. 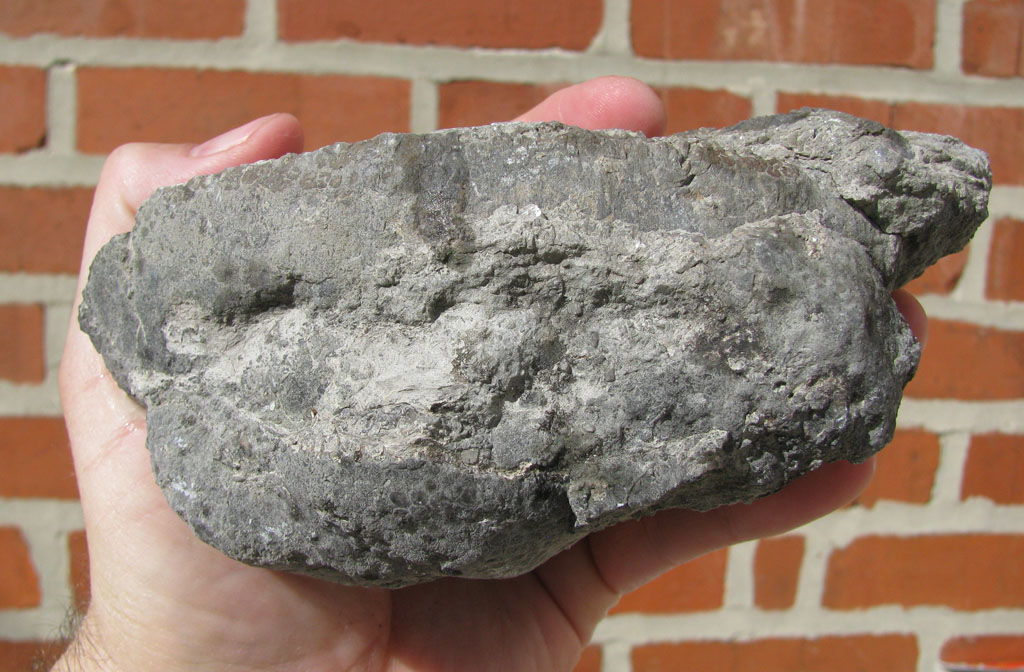 This picture has the piece rotated 90o left and now you can see some of the individual corrallites that grew against the edge of the shell in which the colony was growing. Weathering has pitted some of the corrallites, giving a false impression that they were open and exposed. What is evident here is that the colony budded to the side and continued expanding along the sides of the shell. Some matrix is still attached above them. 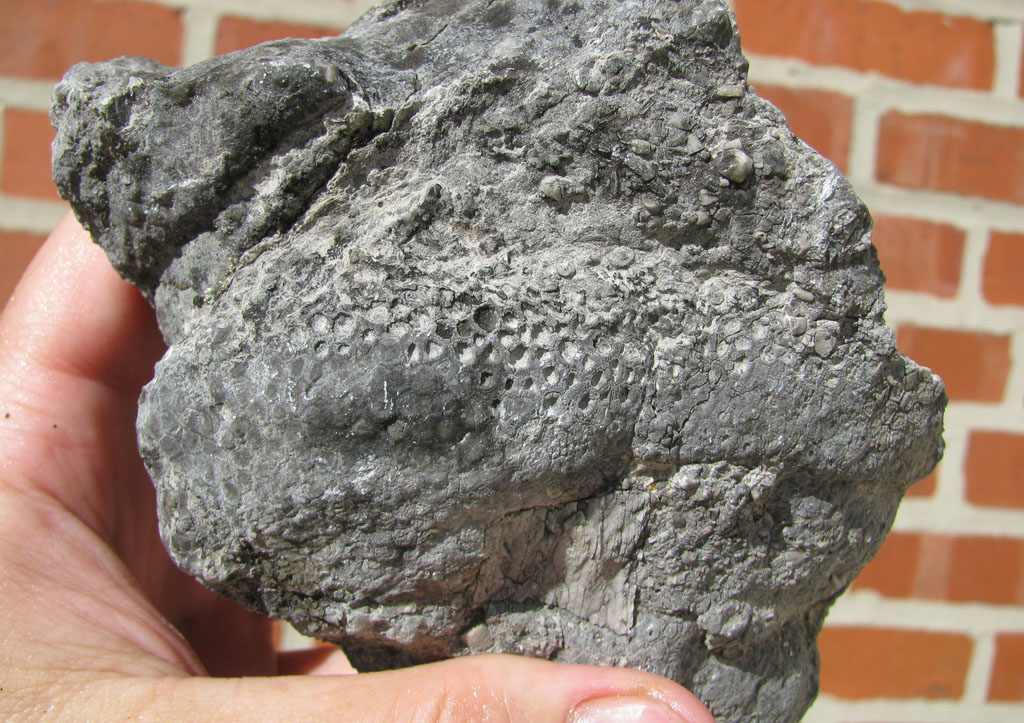 I've rolled the specimen about 180o from the first picture. 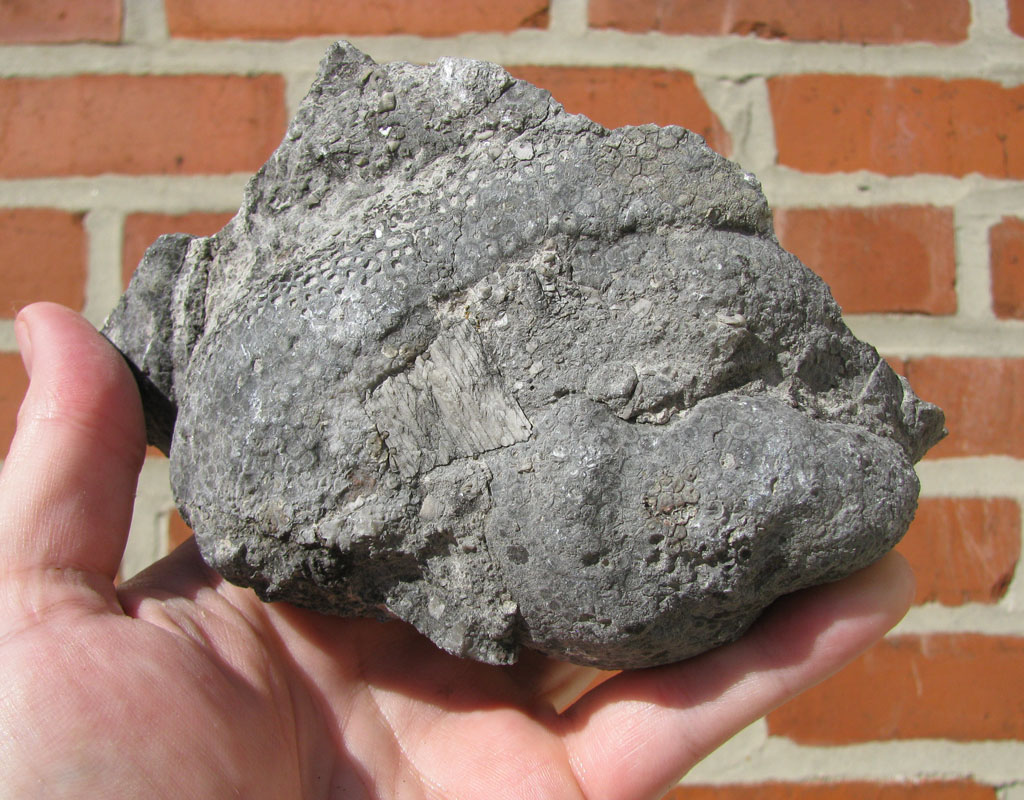 Now I have rotated the specimen 180o from the first picture, but this time it was towards the camera. At this angle you can see the edge of the colony and the first corrallites that were actually exposed to the water. There is still quite a bit of matrix that covers the rest of the colony surface. From what I can tell the colony did not grow upwards as quickly as it did "sideways". 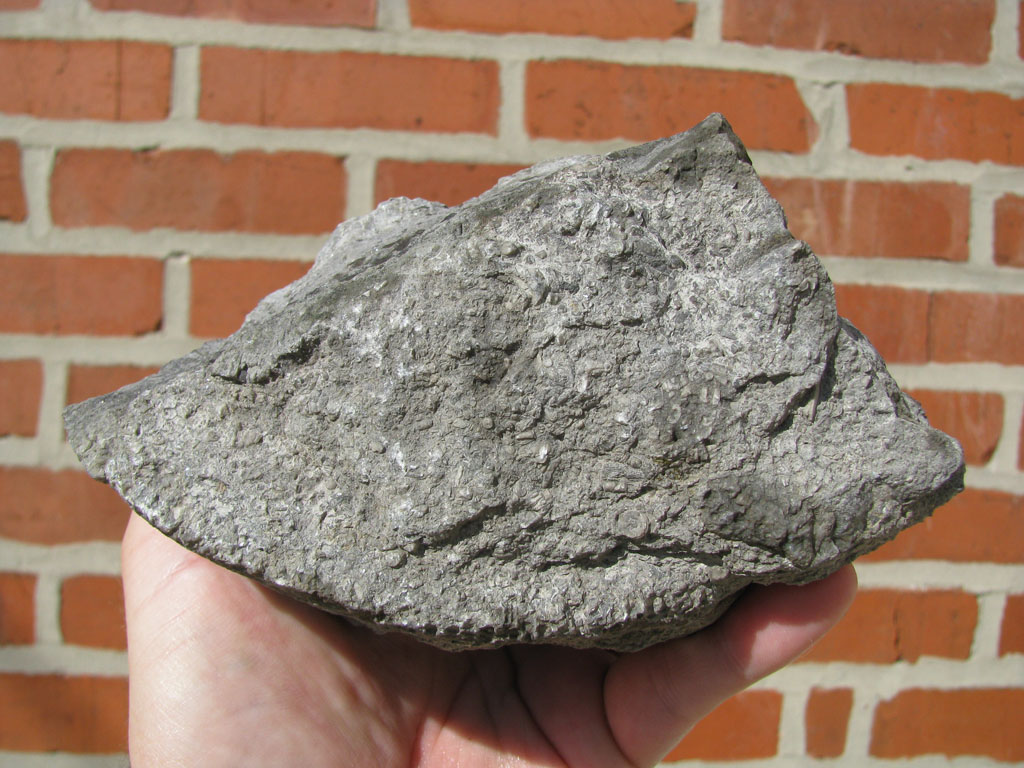 The Edgecliff member is from the Emsian stage of the Devonian. I confirmed my initial suspicions as to the ID of the coral after reading - STRATIGRAPHY OF THE ONONDAGA LIMESTONE (DEVONIAN) IN CENTRAL NEW YORK By William A. Oliver, Jr (Bulletin of the Geological Society of America VOL. 66. PP. 621-662. JULY 1954).
Posted by Dave at 12:01 AM