Schuchertella subplana is a relatively flat brachiopod but it is not a Strophomenid because both of it's valves are convex (rather than one being convex and the other concave). The specimen below comes from the Waldron Shale (Wenlock Epoch) in Bartholomew Co., IN. 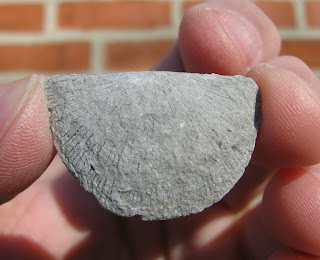 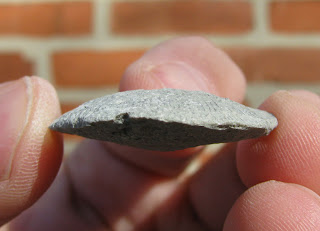 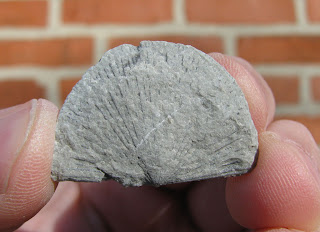 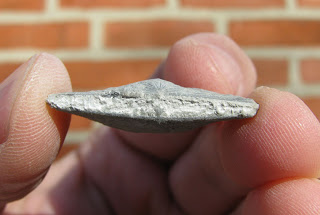 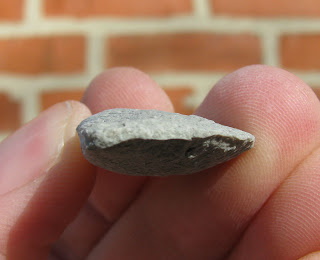