Graptolites are extinct creatures that were similar to coral or bryozoans in that they filtered the water for food particles and lived colonially. Below are some Graptolites from the Devonian aged Windom Shale (part of the Moscow Formation and Givetian stage) of New York that I recently found. I've only found graptolites before in Ordovician aged rocks and was very surprised when I was splitting shale and found these. They are a species called Dictyonema hamiltoniae and were found in the same beds that commonly produce Trilobites.

Specimen #1 - This specimen has both the part and counterpart with the Graptolite. 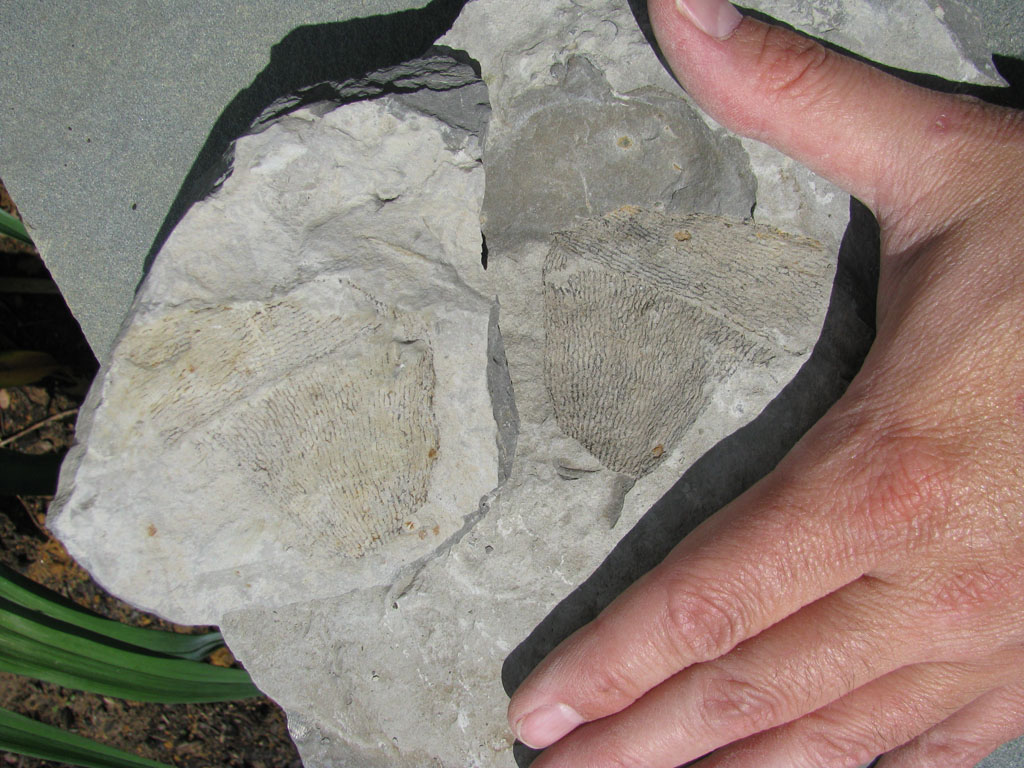 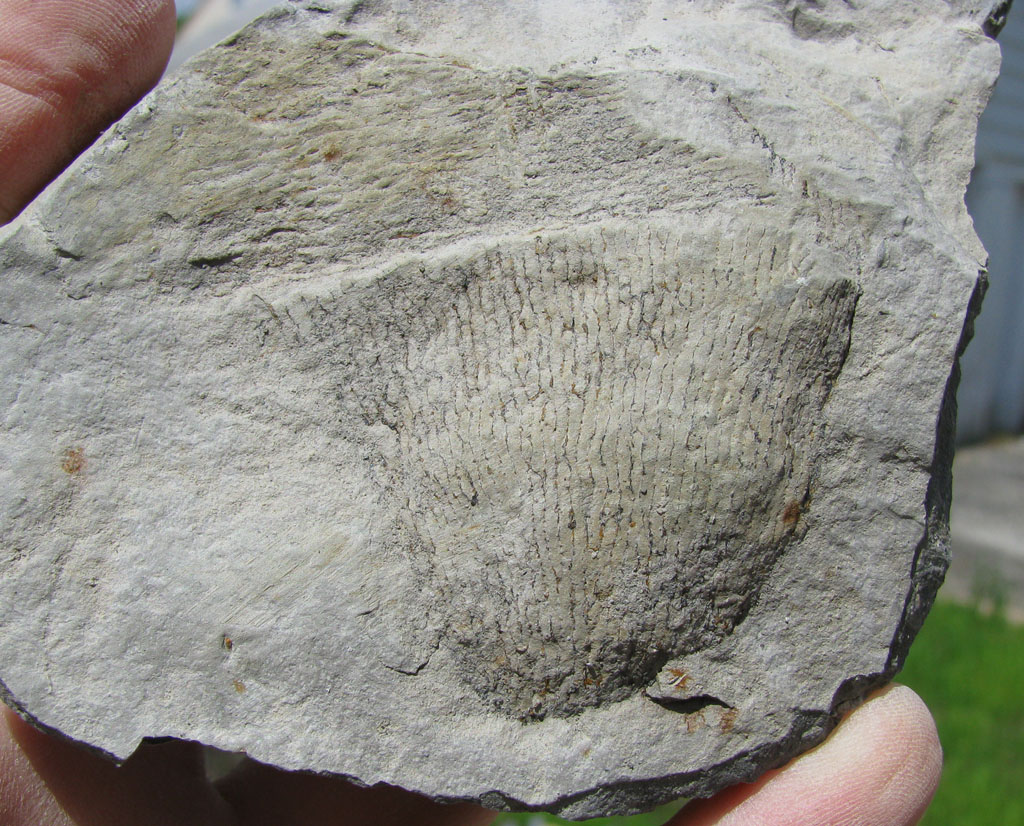 A view at the bottom of the Part piece that shows the graptolite is preserved in three dimensions. The arrow in the picture below is pointing to a partially exposed piece of the graptolite that I believe is part of the same colony as the front side. 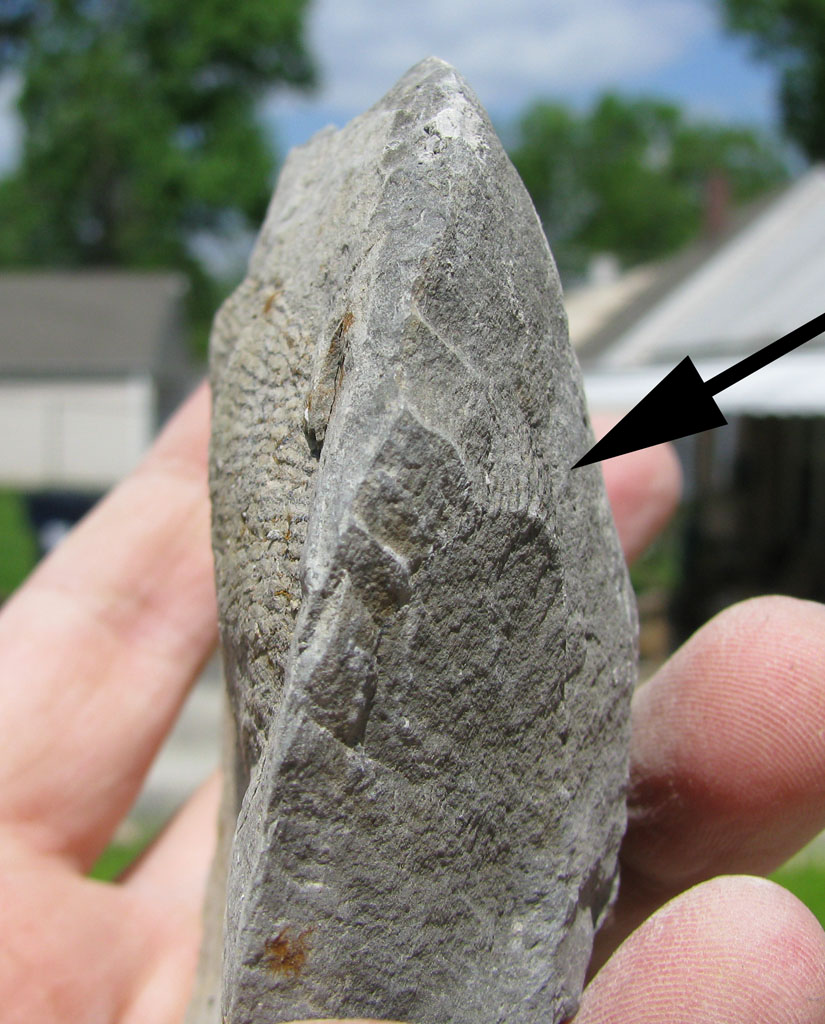 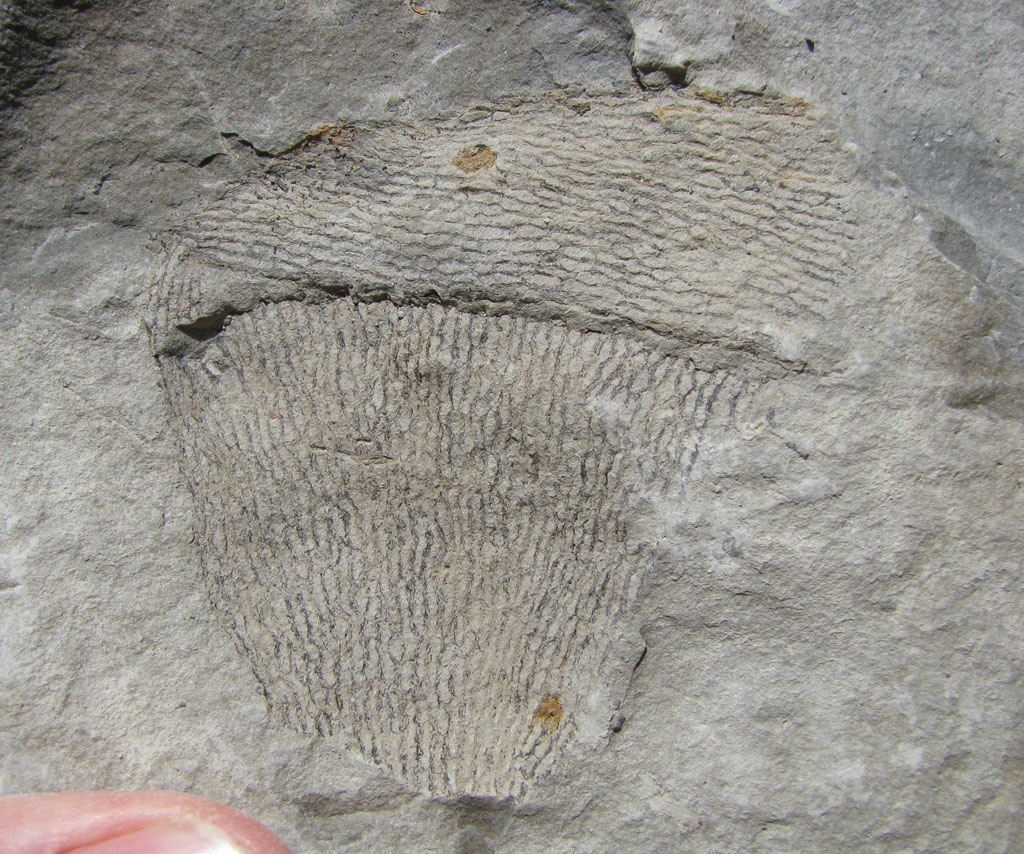 Closer view of the graptolite. Unfortunately there is not a whole lot of detail to be observed. Most times graptolites are just carbon films on the surface of the rock. This is what sets them apart from corals and bryozoans who use calcium carbonate (CaCO3) to construct their colonies 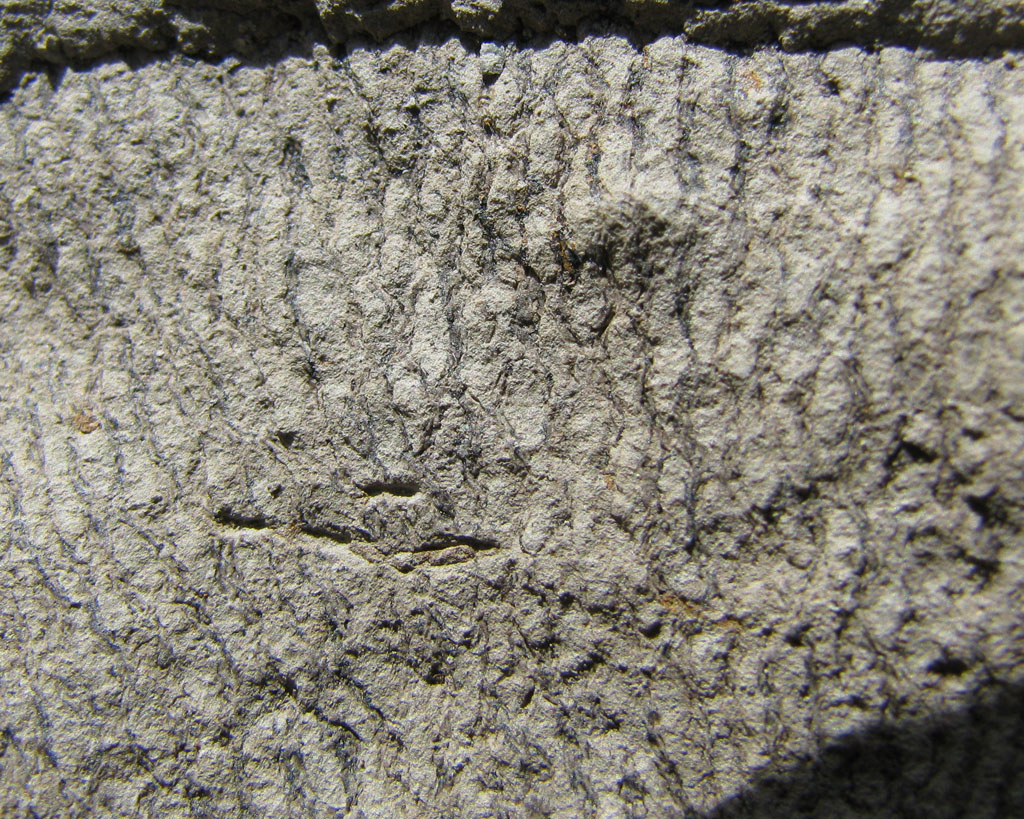 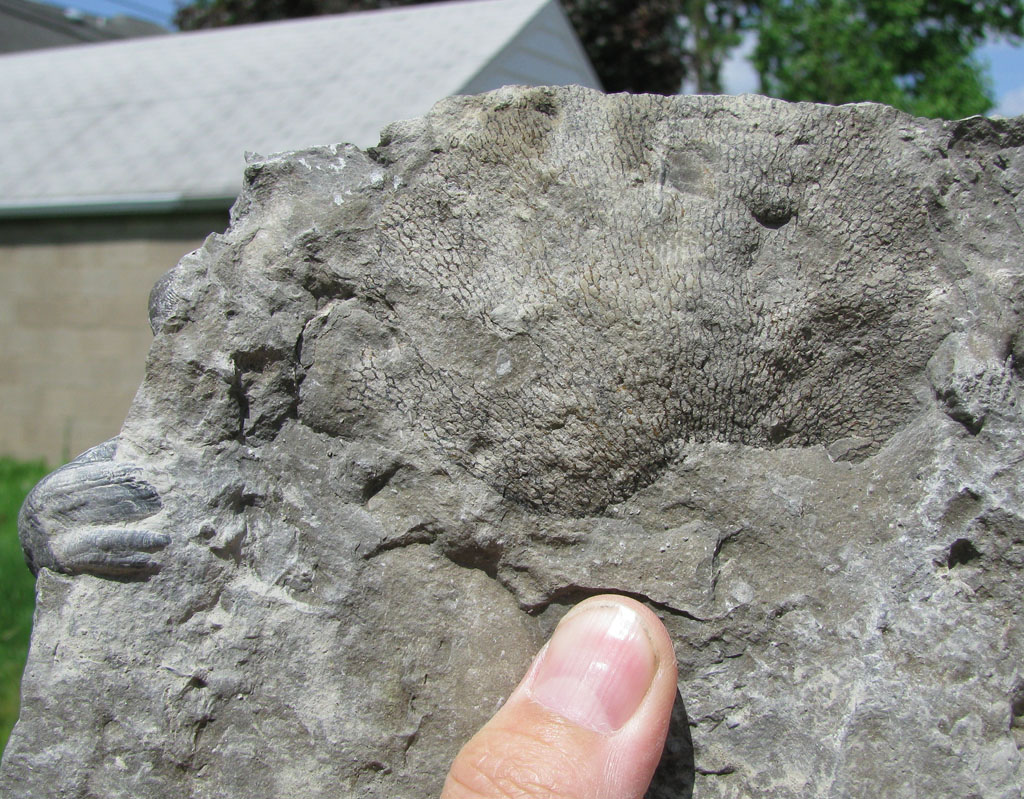 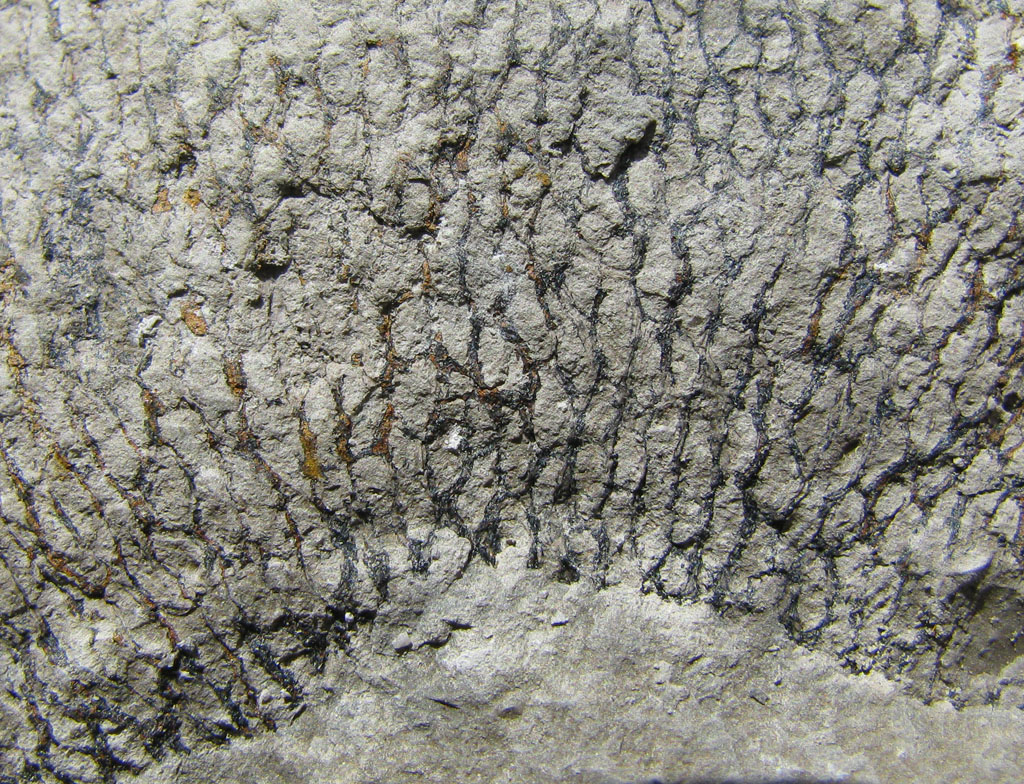 Both specimens were found in Fall Brook near Geneseo, NY.
Posted by Dave at 12:01 AM