This is one of the more unusual brachiopods that I've found in New York. It came from a small quarry near Fayette, NY that exposes a portion of the Centerfield member of the Ludlowville Formation. The fossil looks like a very large Cyrtina type brachiopod as it has a deep pedicle valve and a large interarea. 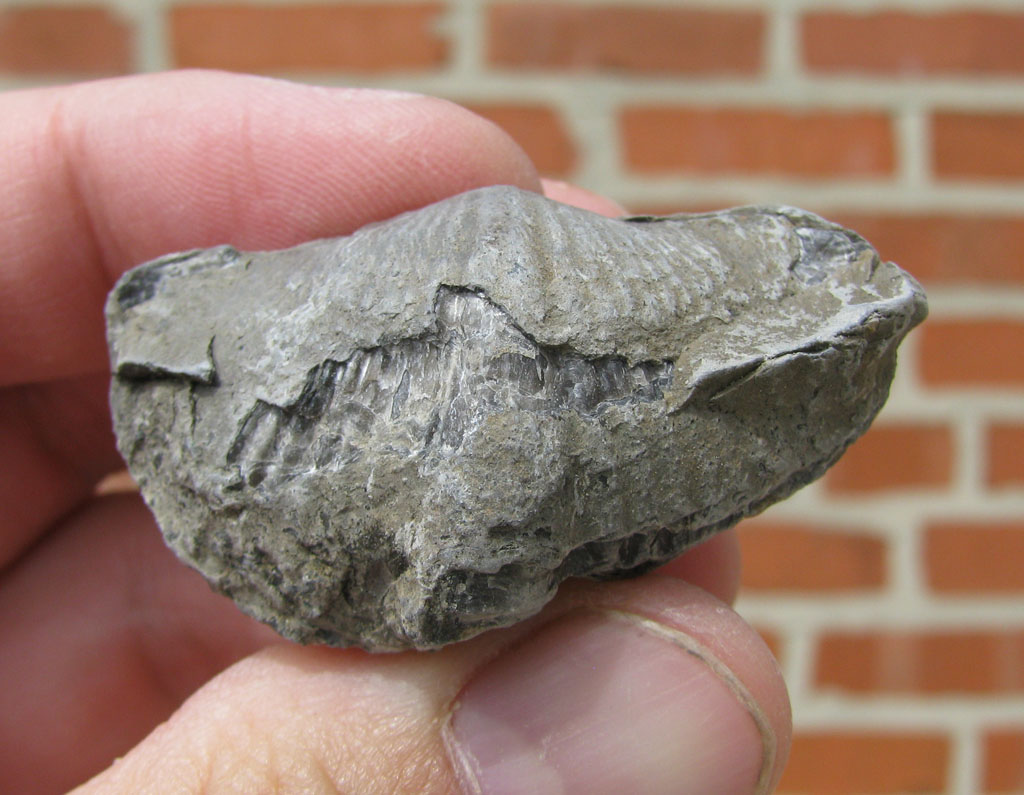 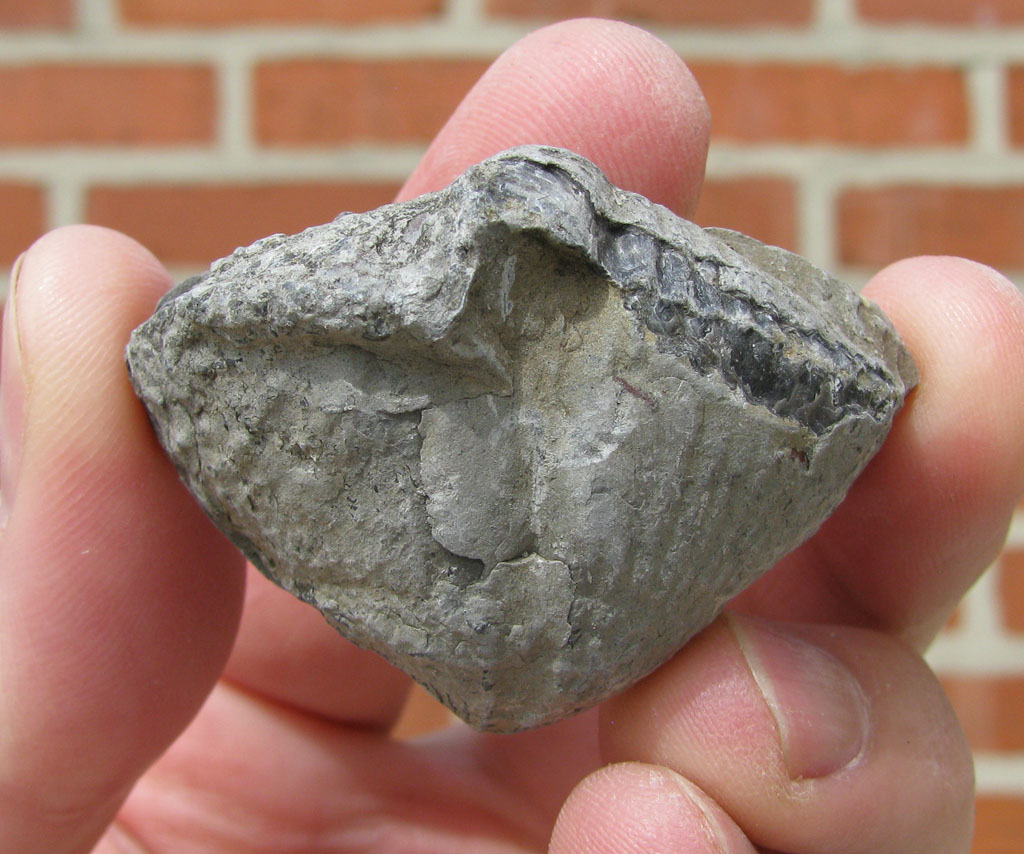 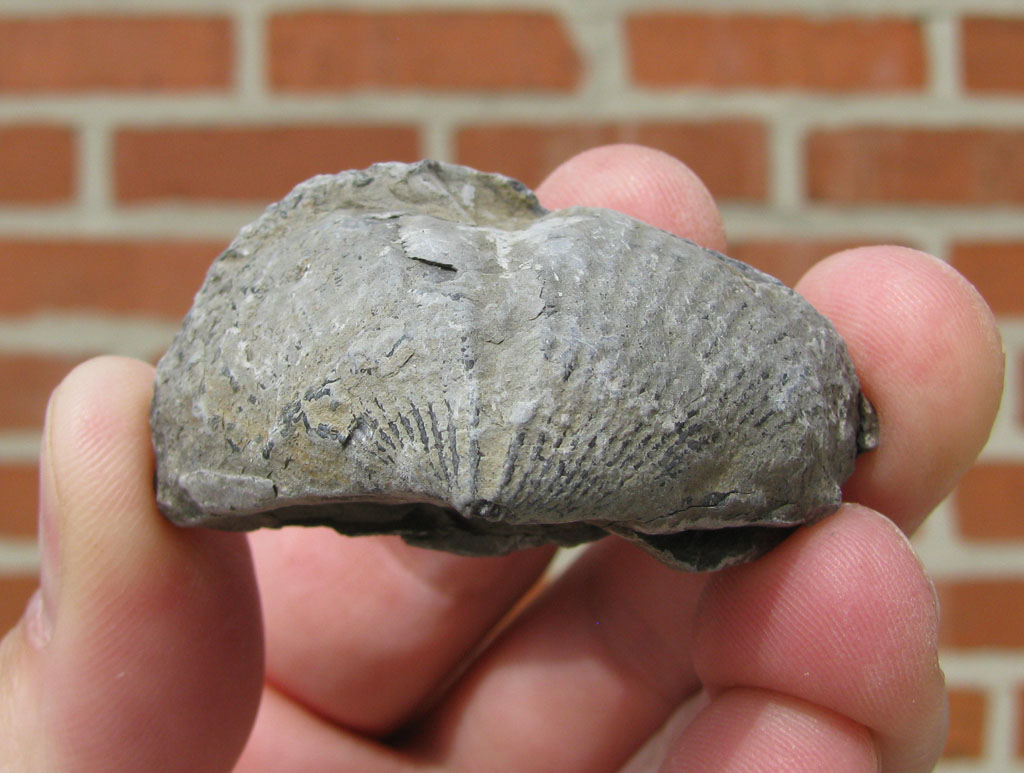 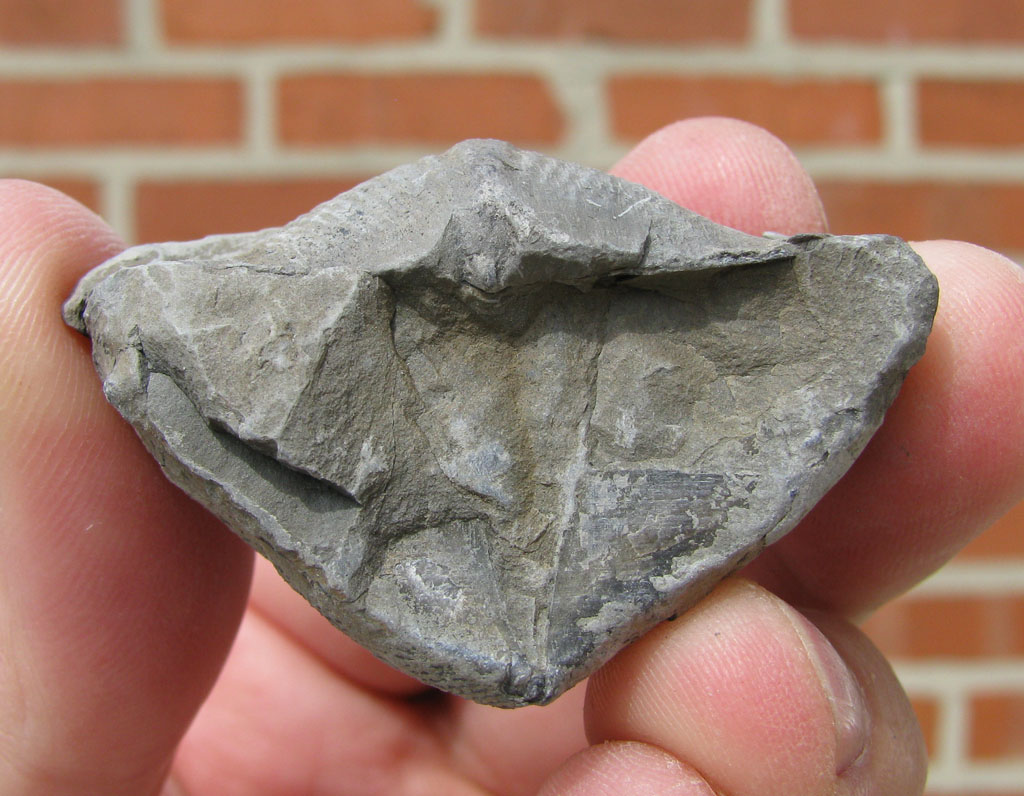 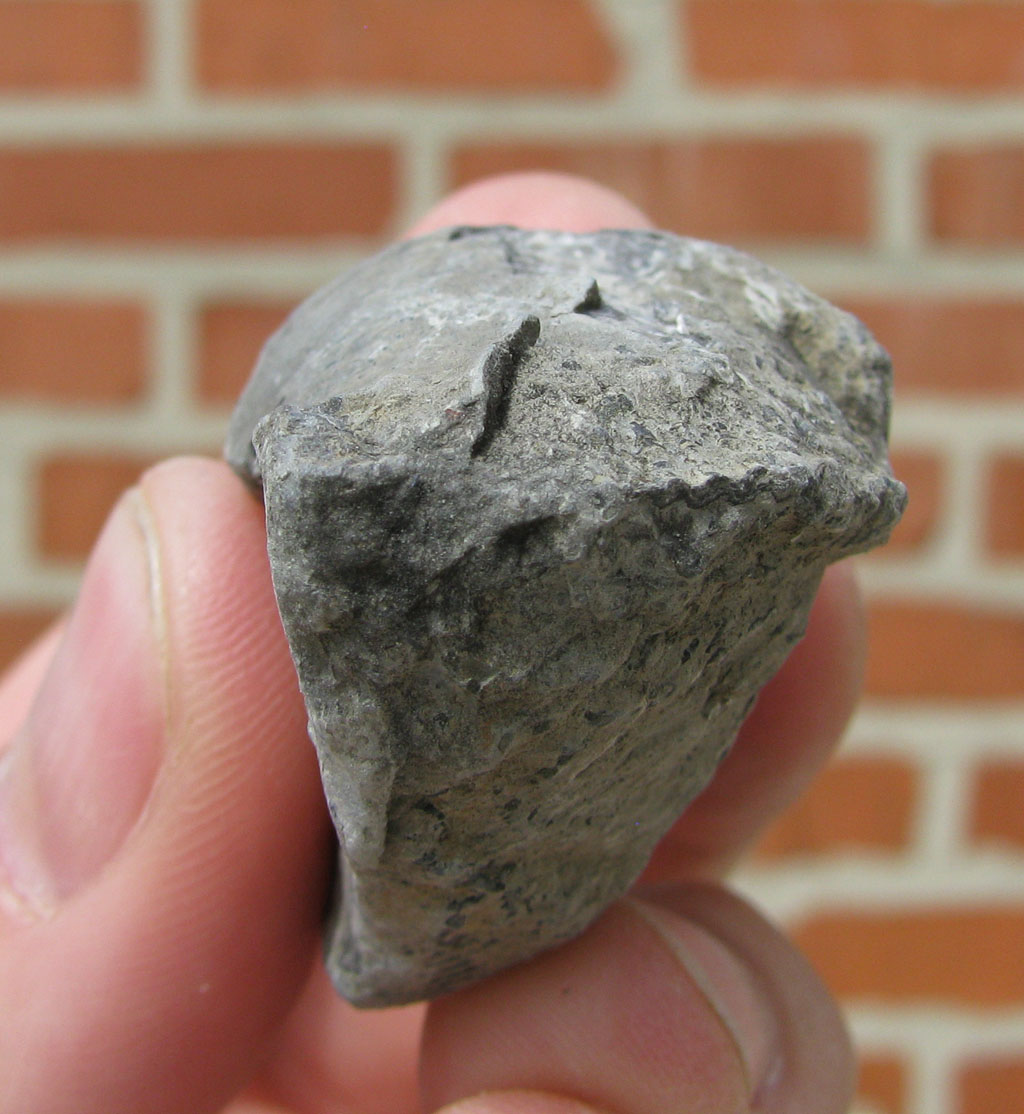 Via a posting on the Fossil Forum I was able to get an ID for this brachiopod from a member named Gerry. He identified it as an Eosyringothyris which is rare and undescribed in New York but is slightly more common at the location where I found my specimen. Another member sent me a paper from the Journal of Paleontology (Merrill A. Stainbrook, 1943, Spiriferacea of the Cedar Valley Limestone of Iowa: Vol 17, No. 5, pg. 417-450) which has specimens of Eosyringothyris illustrated. In that paper they have a species called E. triangularis that looks very similar to the specimen I found.

The rock of the Centerfield member at the Fayette town quarry is more argillaceous (shale like) than portions found father west and the fossils are not preserved by quartz as often. This is because the area the rocks were deposited in was closer to the shore and therefore the rivers that carried sediment off the mountains farther east. The Ludlowville formation is Devonian (Givetian stage) in age.
Posted by Dave at 12:01 AM