One of the two main species of the Rhipidomella genus found in the middle Devonian is Rhipidomella vanuxemi. It's fairly common and can be distinguished from the similar species R. penelope as it is typically smaller in size and the shape of the shell is less ovate. The fossil below is partially replaced by Quartz which is why the shell has some gray (Calcite) and white (Quartz) patches. It was found in the Centerfield member of the Ludlowville formation and is fairly common. 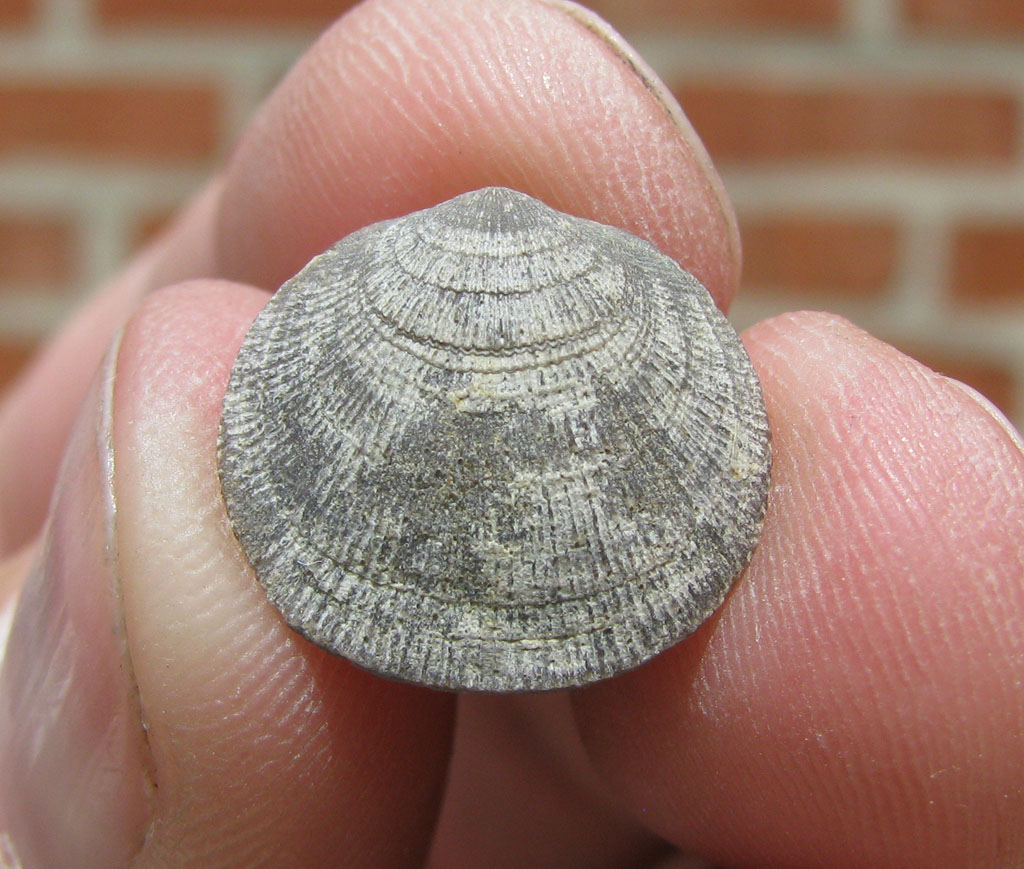 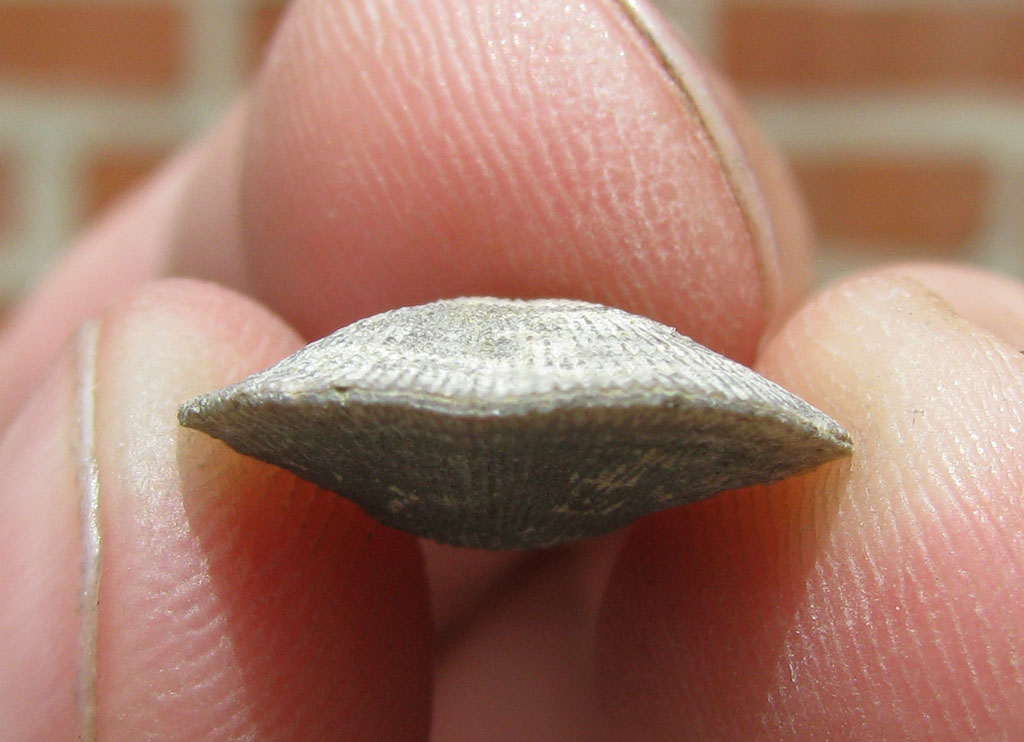 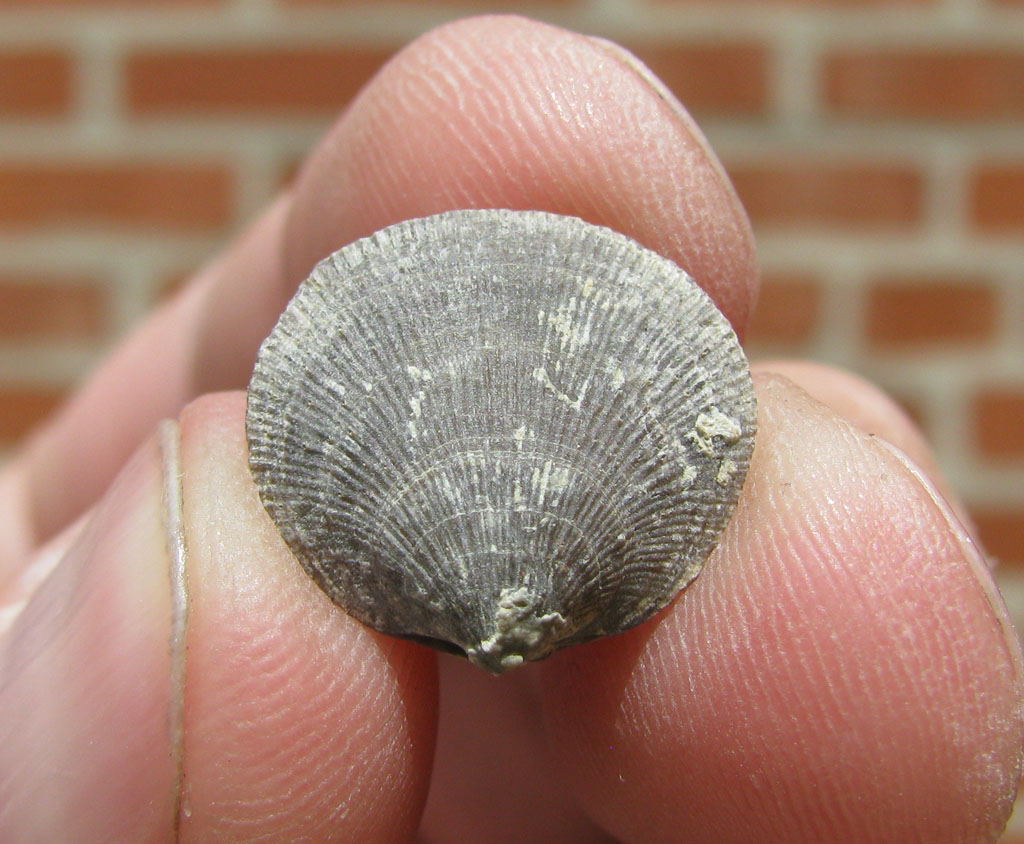 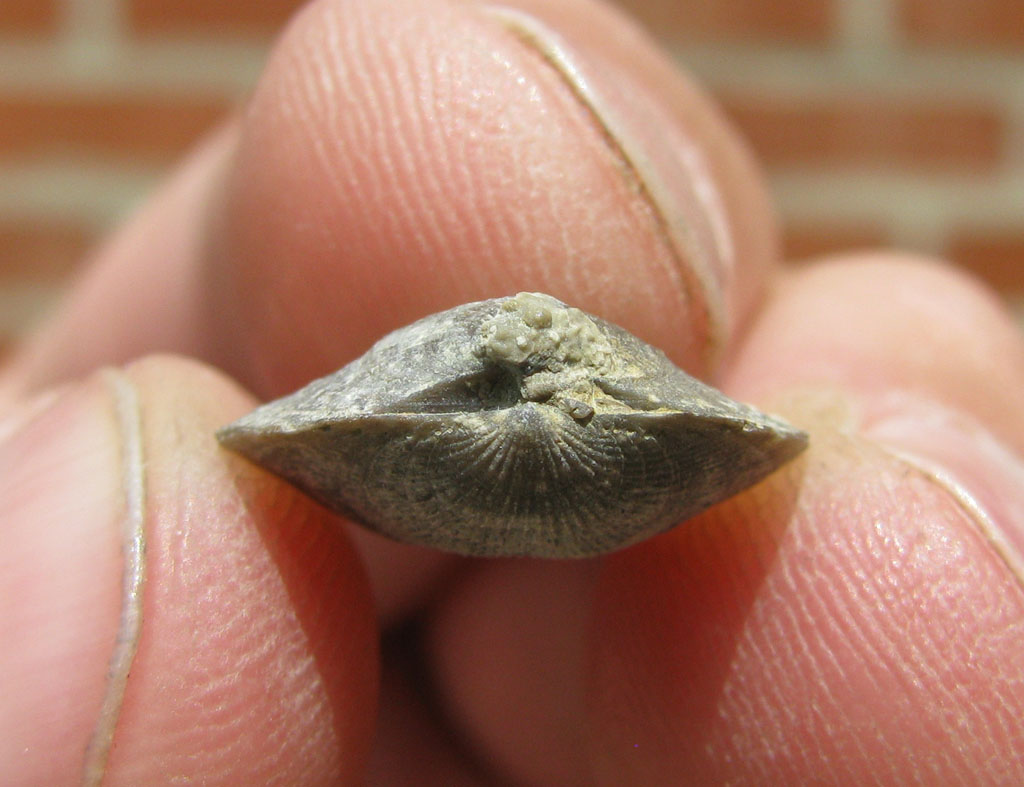 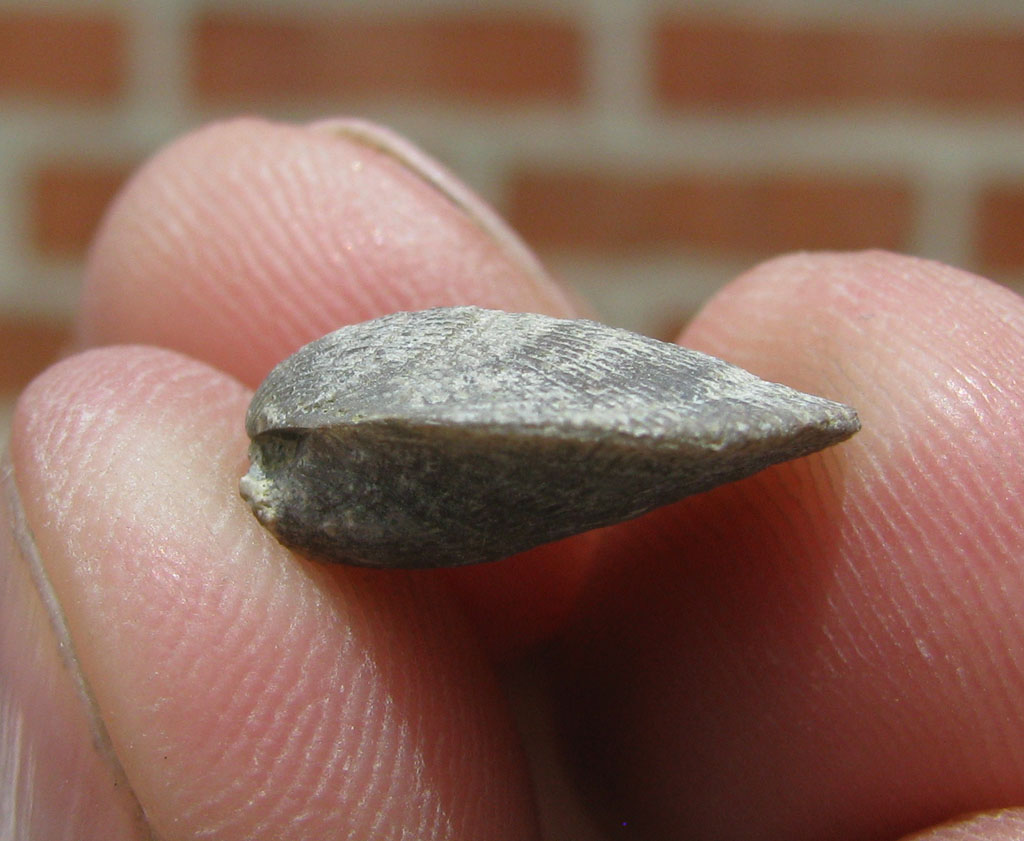 Here is a second specimen which has a rare predation hole in the pedicle valve. 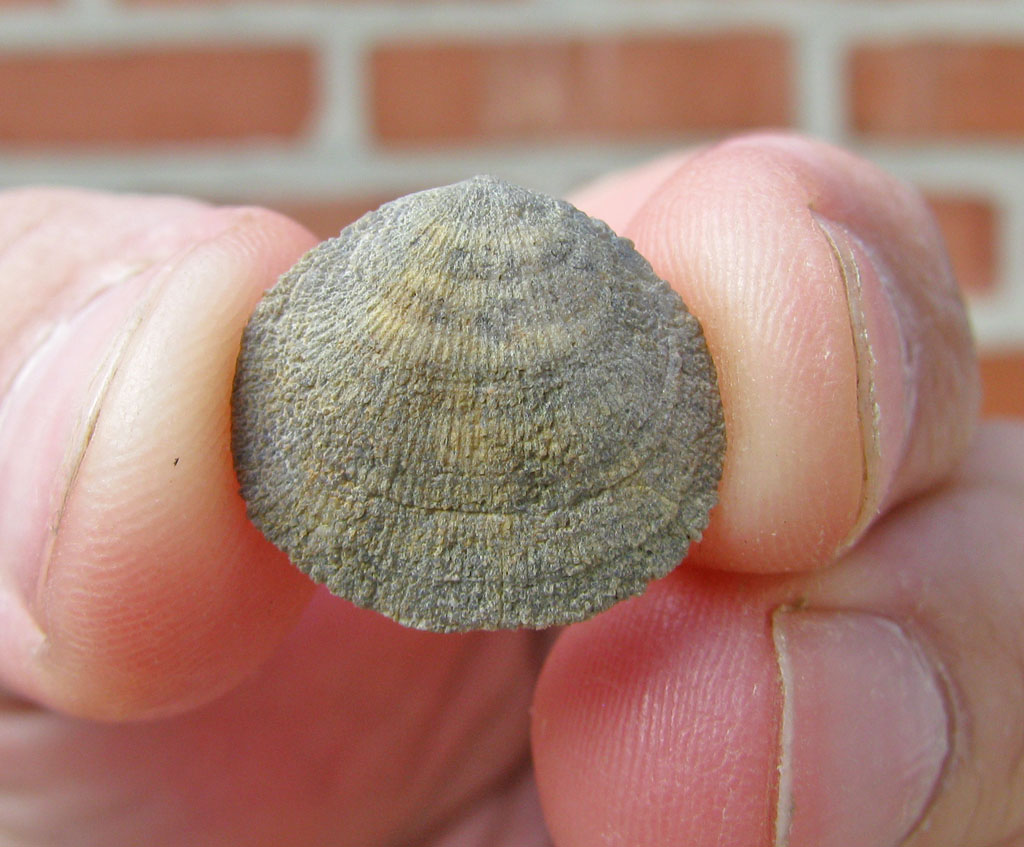 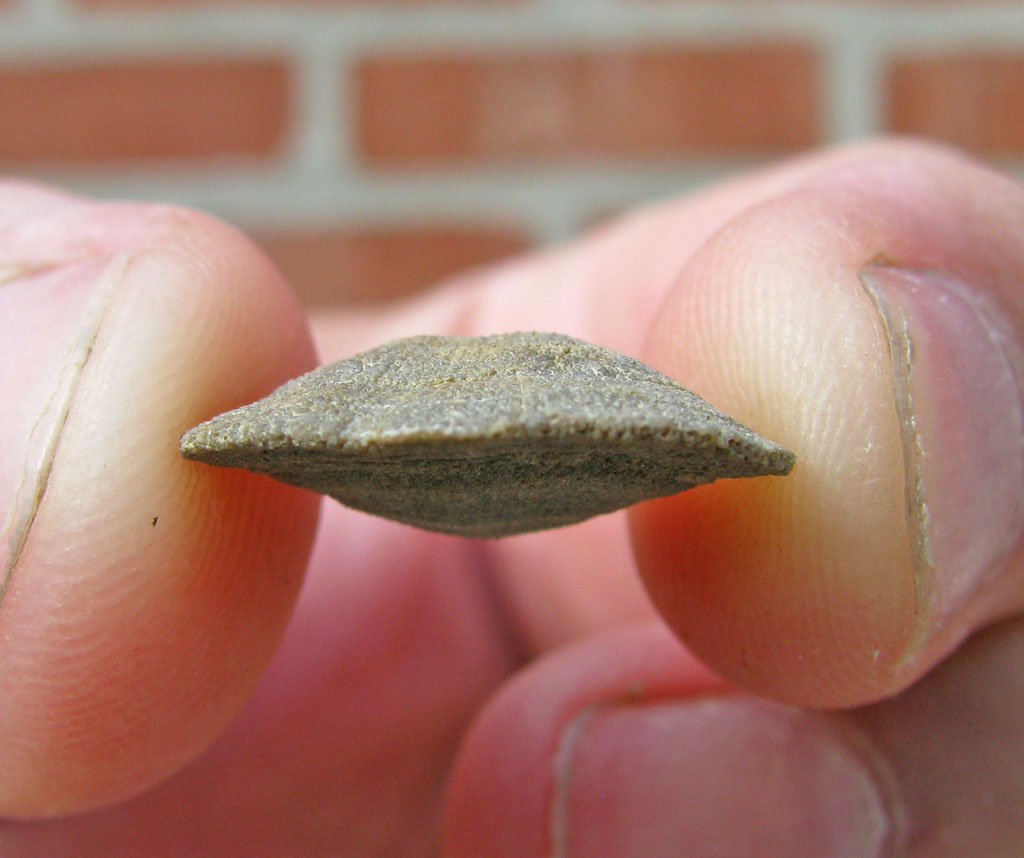 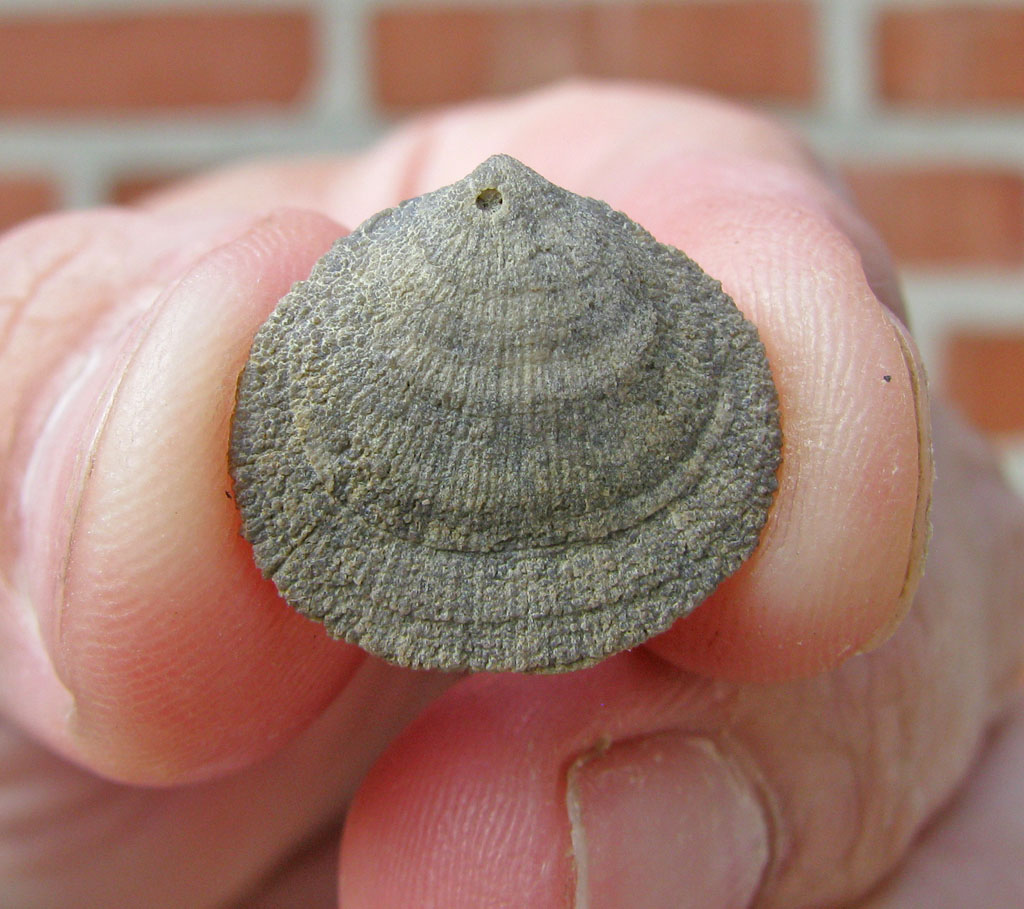 Closer view of the hole 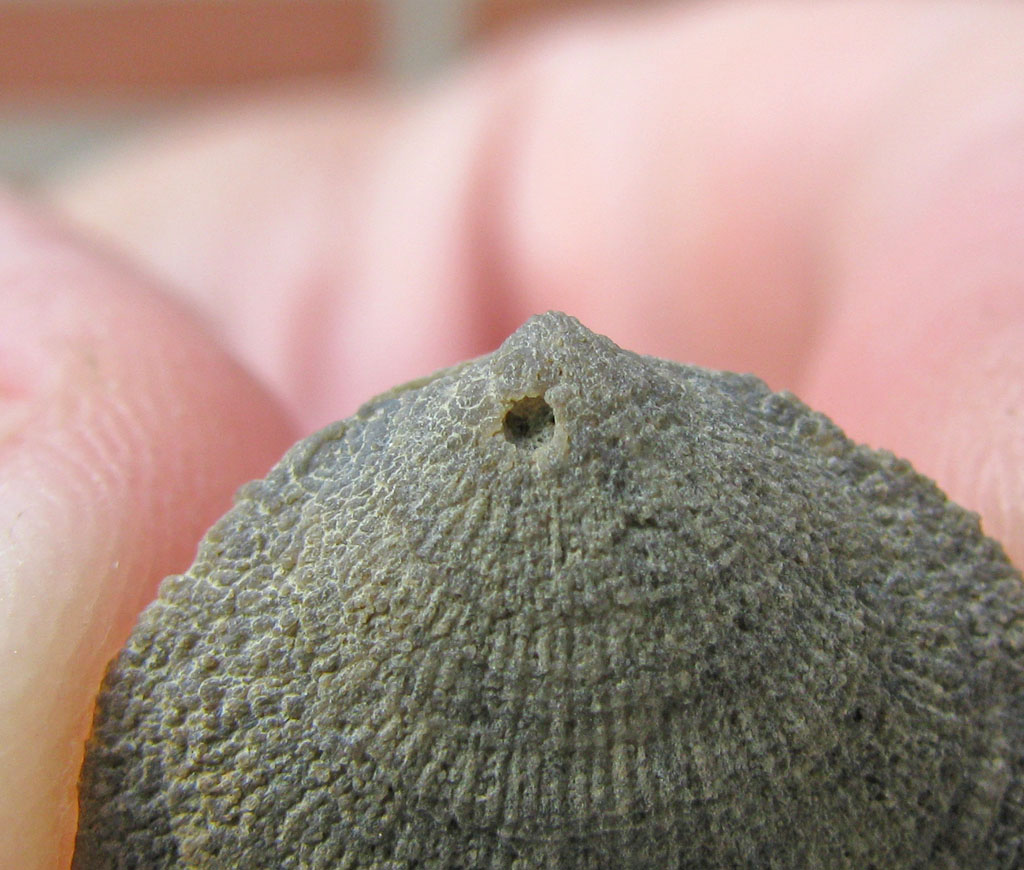 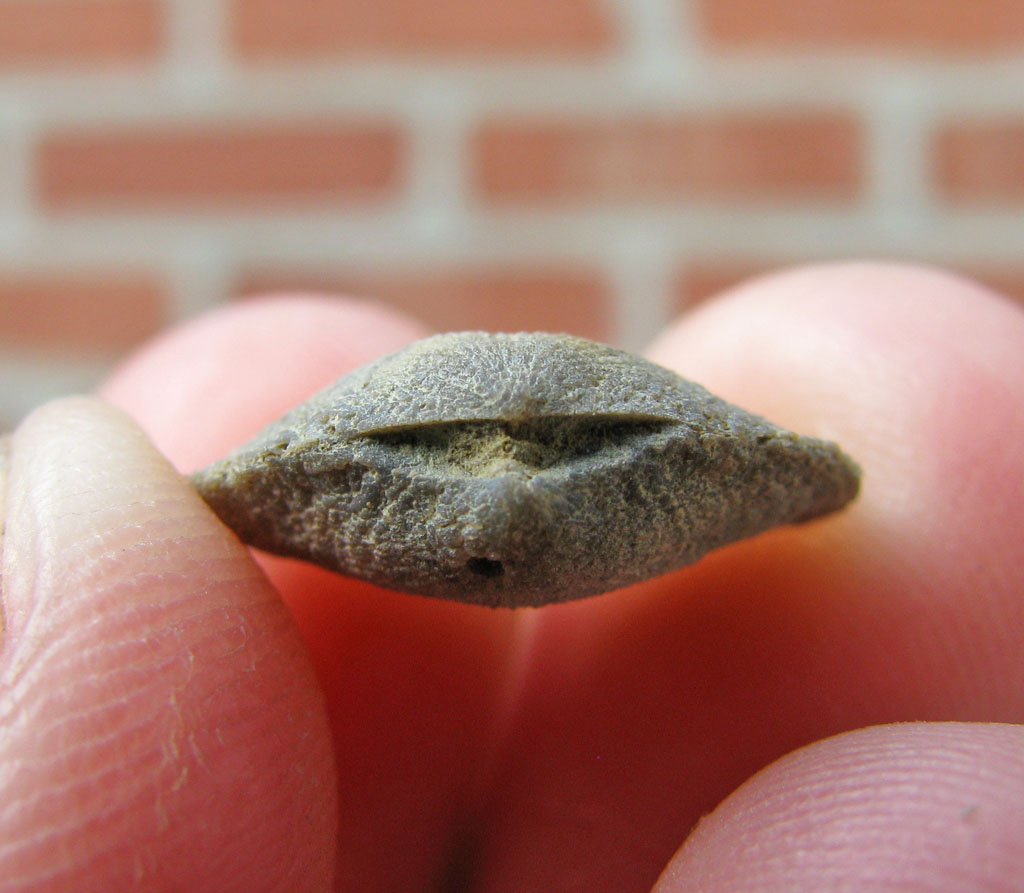 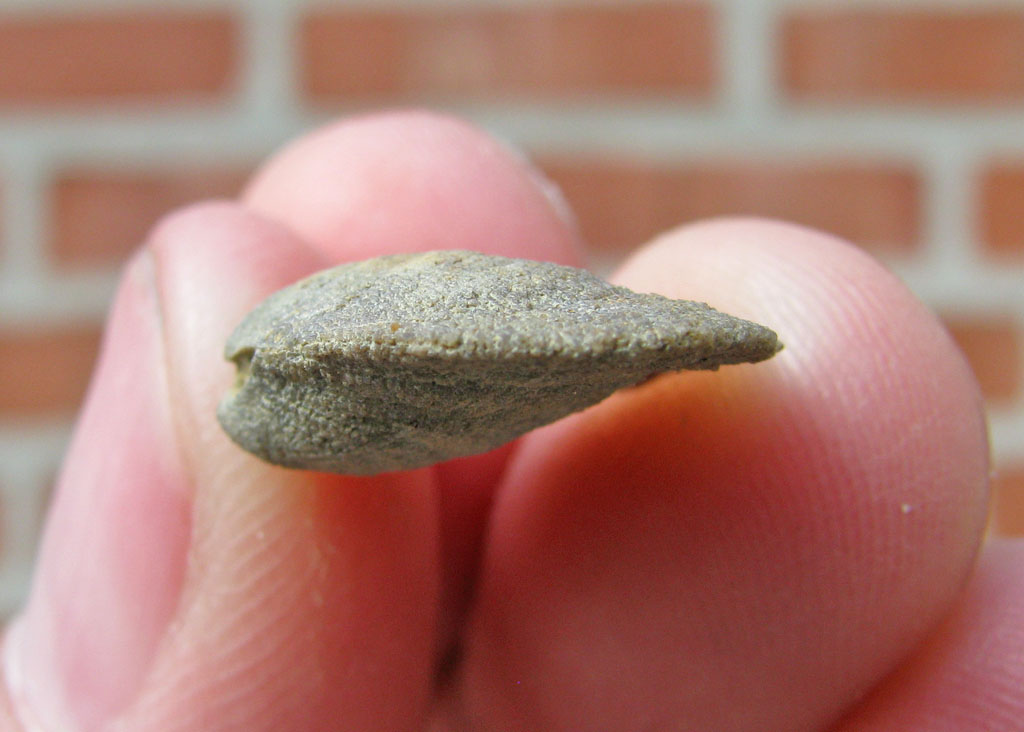 The Centerfield mbr. of the Ludlowville formation records a portion of the Givetian stage of the Devonian period.
Posted by Dave at 12:01 AM