Mediospirifer audaculus is a common fossil from the Middle Devonian but its large shell is sometimes hard to find intact.

Typically this is how I find them as fossils when I collect at the Penn Dixie site in Basdell, NY.  Individual valves, in this case the pedicle, that are never articulated. 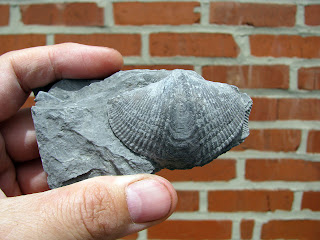 Alternately I will find an articulated specimen but usually the brachial valve is crushed... 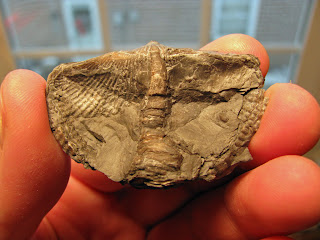 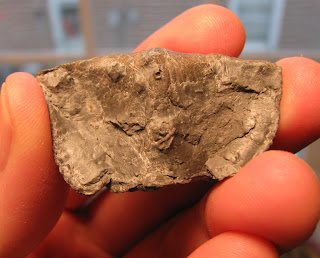 Or the whole thing is distorted. 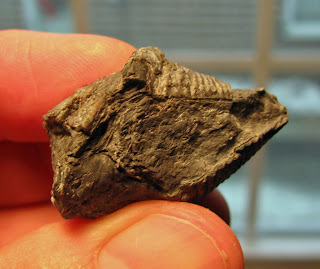 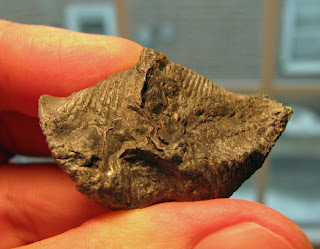 This specimen, also from the Penn Dixie site, is an exception in that it is articulated and is rounder than the "classic" Mediospirifer sp. form. 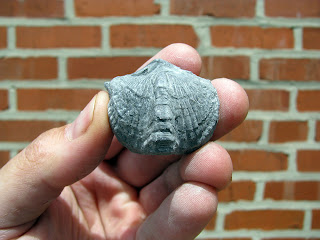 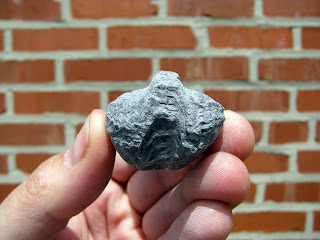 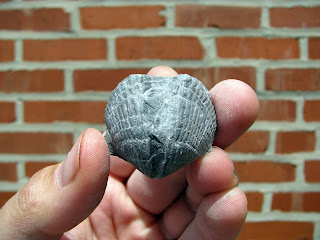 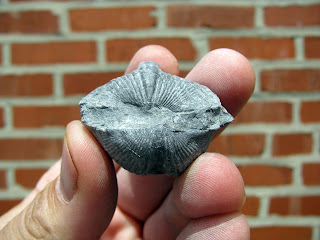 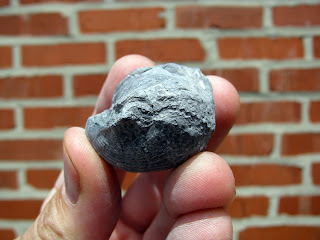 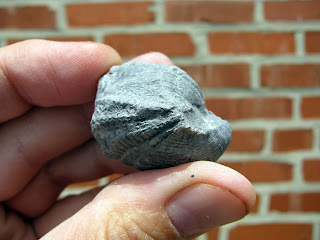 Finally I found some classic Mediospirifer audaculus fossils while collecting with my friend Mikey in Livingston County, NY.  Here is a good example: 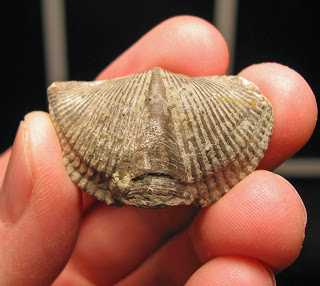 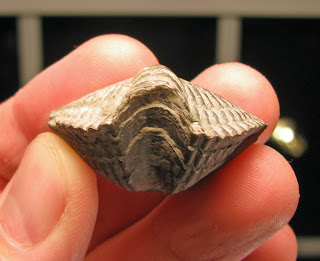 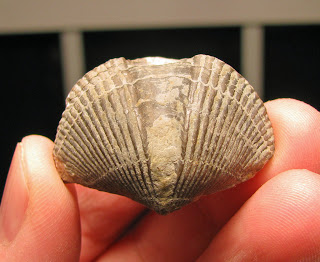 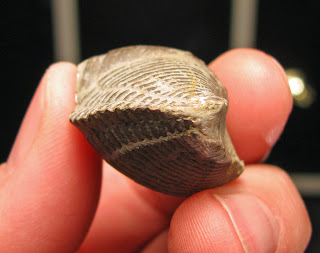 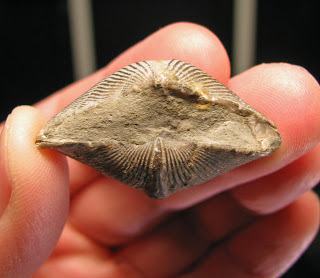 This specimen was found with which almost looks like the Brachiopod used a horn coral as a "tee". 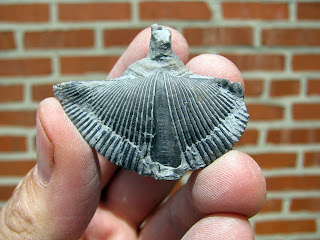 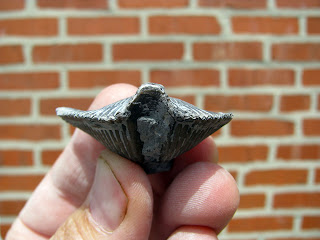 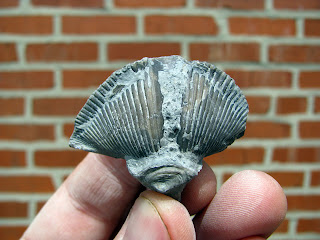 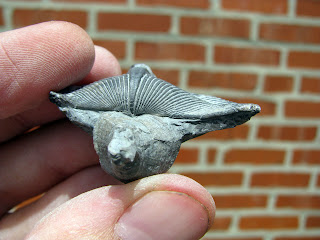 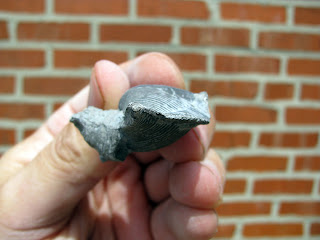 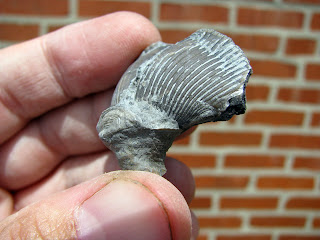 I don't think that the Brachiopod ever was actually attached to the coral but it makes for an interesting specimen. All the above specimens came from the Moscow formation which is dated to the latest Givetian stage of the Devonian Period.