These next few specimens are of the small "button" coral Hadrophyllum woodi that were collected in the Windom shale mbr. of the Moscow Formation. They are identified by the very short corallite (sometimes with nearly no elevation) topped with coarse septae and no thecal cup.

Specimen #1, I need to clean out the remaining rock from between the septae but this specimen shows the rough arrangement well. 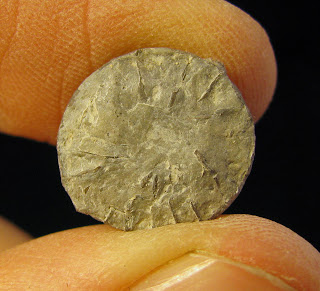 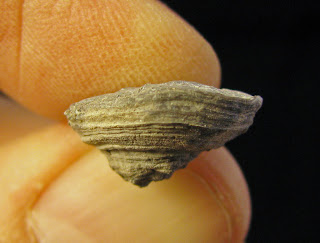 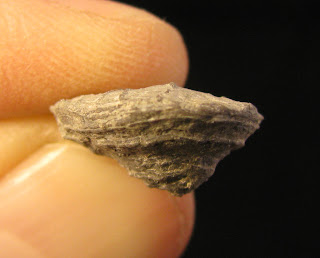 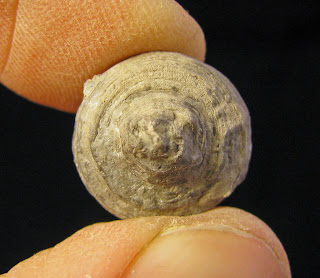 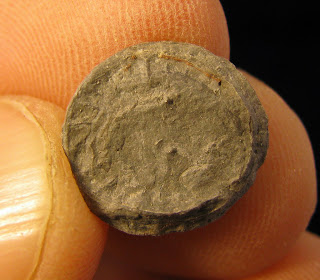 Unlike Specimen #1, this specimen attached itself to the edge of a shell fragment. 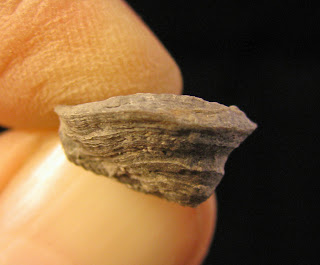 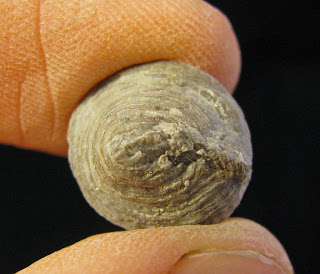 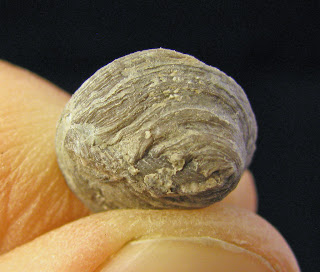 Specimen #3 shows a taller corallum growth habit that I've seen in about 50% of the specimens I've collected from the Windom shale. The theory goes that these coral lived only slightly elevated above the sea floor and so would often be smothered when a current changed or a storm event occurred and new sediment was deposited into an area. The fact that this specimen shows a taller corallite with a growth direction change indicates that it lived longer than the other two specimens and survived at least one storm event. 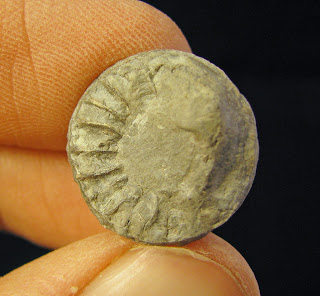 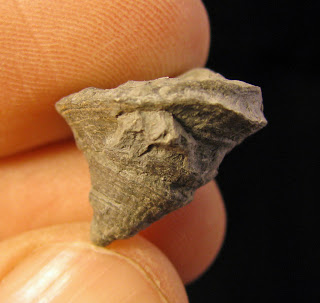 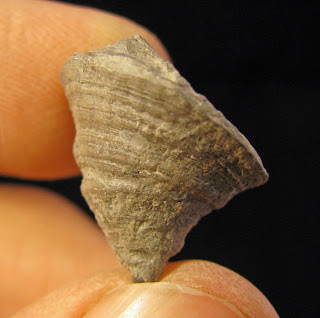 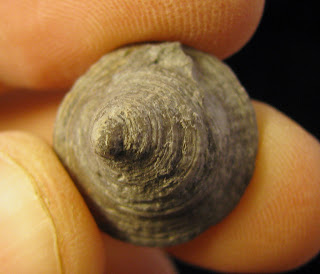 All the specimens above were collected at the Penn Dixie site in Blasdell, New York. The Windom shale mbr. of the Moscow Formation occurs within the Devonian period, Givetian stage of New York.
Posted by Dave at 12:01 AM