I spent an hour or so putting some bryozoan fragments back together and got two nice branching colonies of Atactotoechus furcatus.

A plate of matrix with both shown in position. 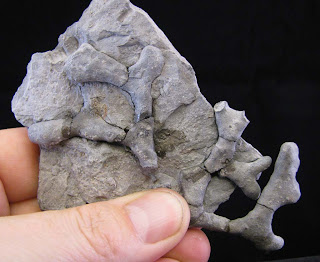 The piece on the lower right detaches from it's spot and can be viewed in three dimensions. For purposes of conversation, this is the anterior side. 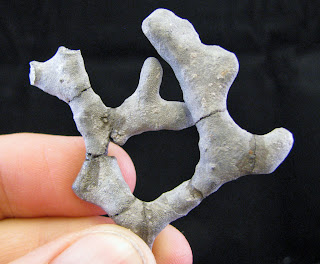 And this is the posterior side. 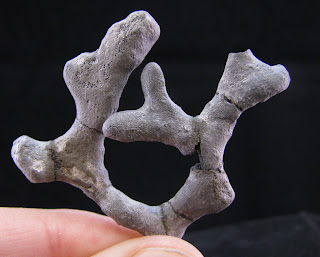 A close up of one of the branches shows some of the individual zooids where the animals lived. 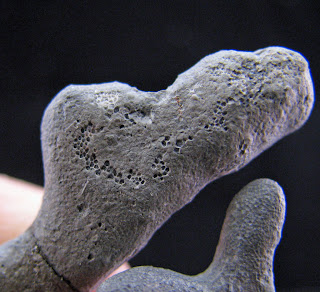 This is the other branch which is affixed to the matrix still. I have no intention of removing it and glued other pieces back into place to further stabilize it. 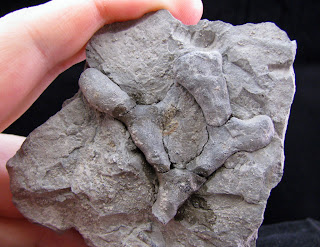 I originally found them while excavating in the shale layer (possibly the Bay View Coral bed) at the Penn Dixie site. They were highly fragmented so I gathered as many pieces as I could find and brought them home. Projects like this are fun because it's like putting a puzzle back together. These specimens were found in the Windom shale member of the Moscow formation (Givetian stage of the middle Devonian) in Blasdell, NY.

Special thanks to Karl Wilson for helping to ID these specimens. He pointed out a similar specimen that he had on one of his New York Paleontology web pages.
Posted by Dave at 12:01 AM