As I was cleaning up some material that I'd found at the Penn Dixie site in Blasdell, NY, I noticed the below specimen. It appears to be a pair of Eridophyllum subcaespitosum corals that are showing the budding habit common to this species as a means of asexually reproducing (also called gemmation). The upper portions of the corals are missing but you can see the connection between the individual corallites. 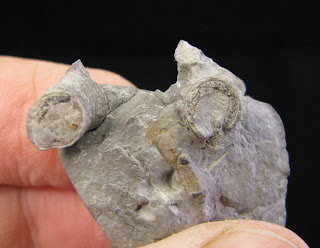 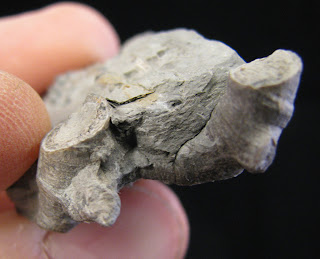 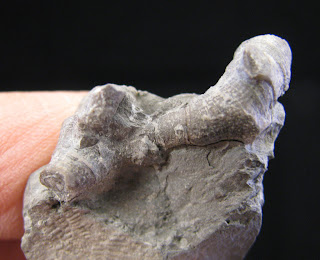 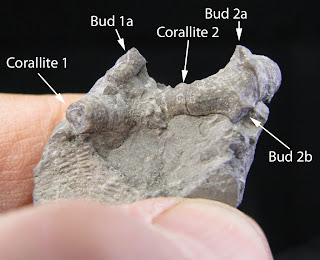 This specimen was collected from the Windom shale mbr. (Bayview coral bed most likely) of the Moscow formation which is Devonian (Givetian stage) in age.
Posted by Dave at 12:01 AM