In the last few years there have been some interesting Devonian aged fossils coming out of Bolivia. I have mostly been purchasing mine from this seller on E-bay. Among the fossils I have acquired are some unnamed crinoids.

This is the third (and possibly fourth?) species that I have in my collection from Bolivia.

This species has long arms covered in hair like pinnules that act like cilia to catch passing particles of food. Not much of the calyx has been preserved on this specimen so I don't have much else to go on. 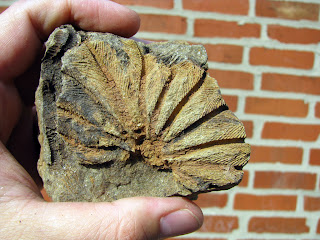 The arms really lay out in three dimensions within the rock. 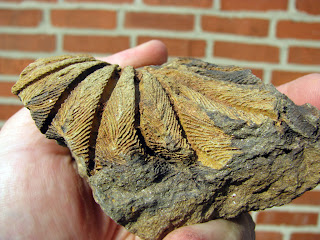 One of the arm tips even curls around a little 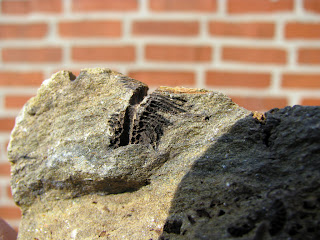 This is another crinoid mold that is on one side of the fossil and looks like an example of the crinoids I posted about yesterday. 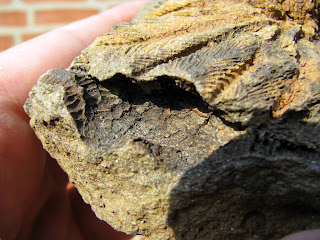 This is the final specimen that I have. It features two crinoids (possibly the same species?). One is sprawled out on the face of the rock while the second is laying sideways giving more of a profile view. 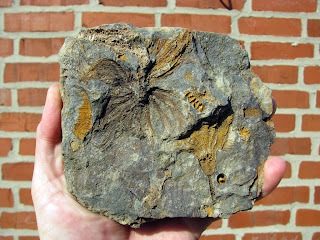 Were it not for the pinnules attached to the arms I would almost say this fossil looks like the first set of crinoids I blogged about here. 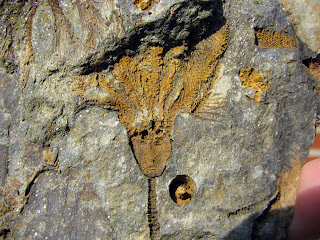 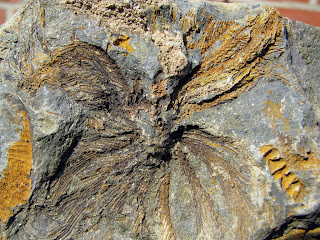 These specimens come from the Belen formation (Devonian, Emsian stage) south of the capitol of Boliva, La Paz.
Posted by Dave at 12:01 AM