In the last few years there have been some interesting Devonian aged fossils coming out of Bolivia. I have mostly been purchasing mine from this seller on E-bay. Among the fossils I have acquired are some unnamed crinoids. Update: A paper was recently published in the Journal of Paleontology by Jeffrey R. Thompson, William I. Ausich and Legrand Smith titled "Echinoderms from the Lower Devonian (Emsian) of Bolivia (Malvinokaffric Realm)". Based on the descriptions and plates in the paper I believe the specimens below are Ctenocrinus branisai.

This is the first of (at least) three species that I have in my collection from Bolivia.

This species has a larger, ornate calyx with more plates. 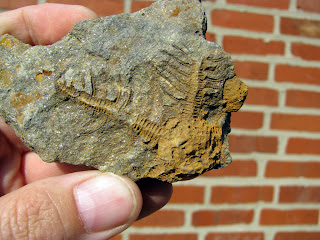 The arms seem to be composed of a large thick central member with smaller branches coming off the sides. Again, no small pinnules seem to be present. 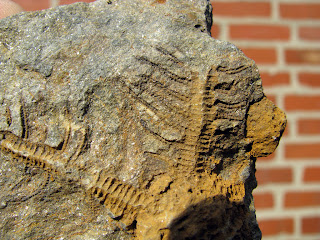 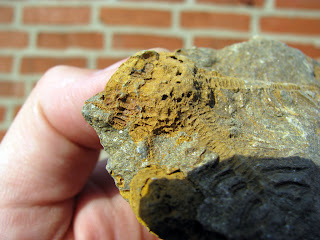 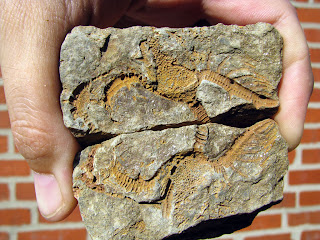 Though it is smaller than specimen #1, I think this is the same species because the arms look similar with a thick central member and smaller branches at regular intervals. 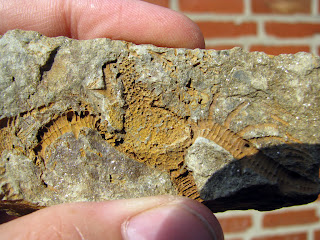 These specimens come from the Belen formation (Devonian, Emsian stage) south of the capitol of Bolivia, La Paz.
Posted by Dave at 12:01 AM