Among the many beautiful fossils that I have received from my friend Gery in France are these Cyclothyris vespertilio from near Sarthe, France. I like them because they show evidence of Beekite (a microcystalline form of quartz similar to Chalcedony) replacement of the original shell. The small circular shapes that you see embedded in the shells are the result of the Beekite replacement. 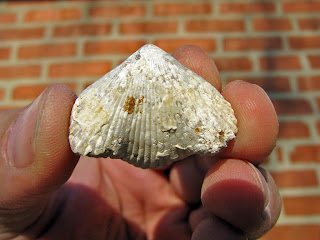 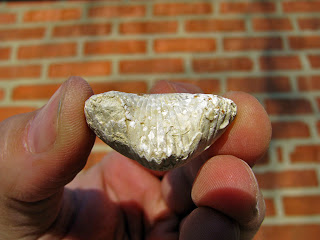 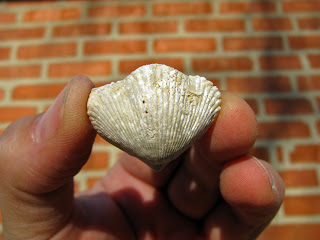 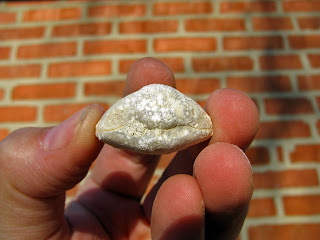 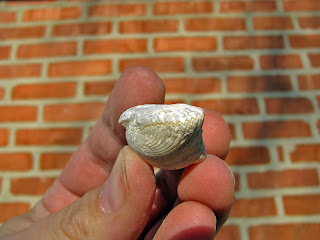 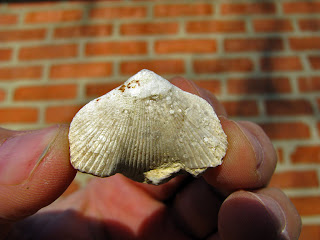 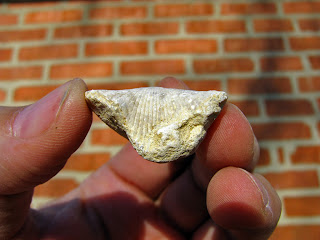 Brachial valve with some matrix 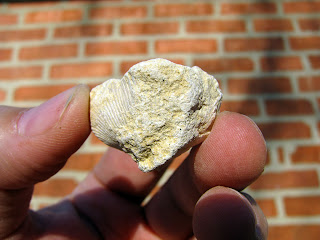 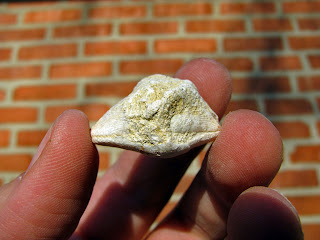 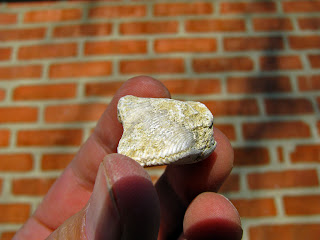 Both specimens are from the Santonian stage of the upper Cretaceous. The shell gets it's species name from the shape which reminded the original describer of a bat so he used the extant genus name Vespertilio. Thanks to Gery for these cool fossils!
Posted by Dave at 12:01 AM