Edrioasteroids are related to Crinoids, Starfish and Echinoids and look a little like a cross between the latter two. They live attached to a hard substrate (usually a shell or hardground) and filter the water for their food. Below is a specimen I bought years ago on E-bay with two specimens attached to a Rafinesquina ponderosa brachiopod shell. I don't know the species of them but they are most likely Isorophus cincinnatiensis as that is the most common species found in the Ordovician aged rocks around Cincinnati, Ohio (from whence this fossil originated). 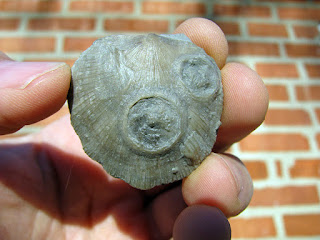 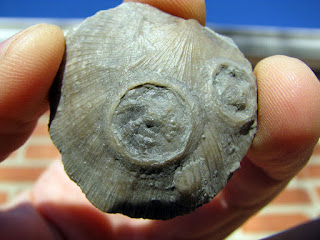 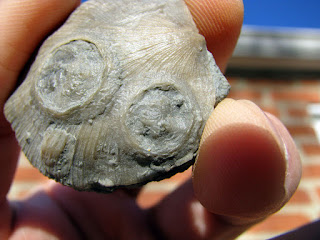 These next two specimens I collected myself from the Whitewater formation near Brookville, Indiana. both are attached to Rafinesquina ponderosa brachiopods. Specimen #1 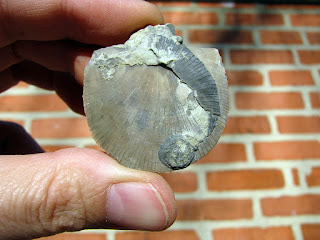 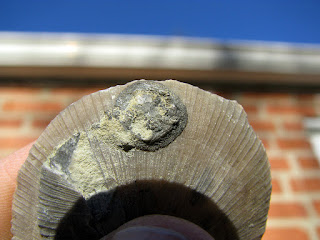 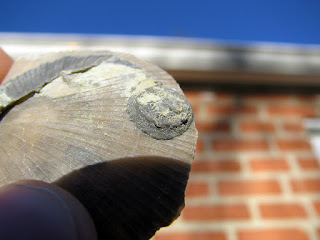 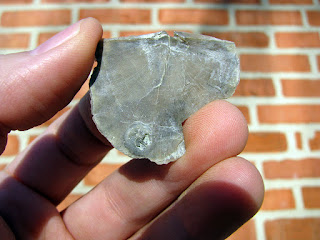 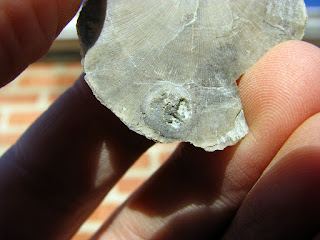 The Whitewater formation and other rocks around Cincinnati, Ohio are upper Ordovician aged which places them in the Hirnantian (ICS) or Richmondian (N. America) stages.
Posted by Dave at 12:01 AM