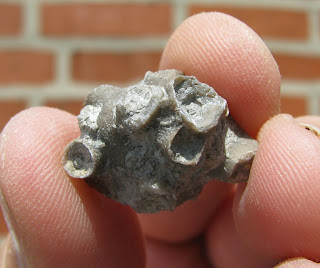 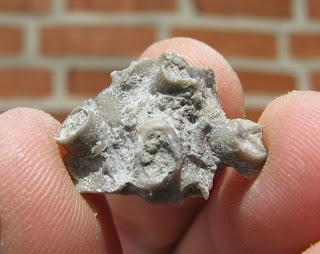 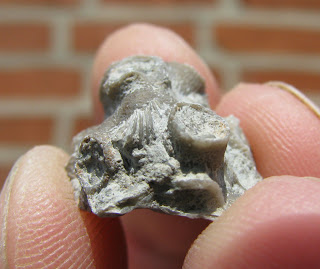 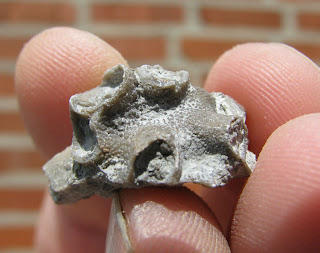 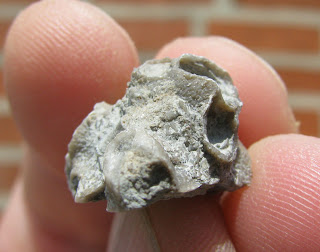 The specimen below shows the Crinoid stem trying to grow around the coral Cladochonus antiquus. This is a common tabulate coral that is most often found attached to Crinoid stems. The theory behind this is that the coral would have better access to food by being above the seafloor. Of course it didn't benefit the Crinoid much at all so Antholites could be considered an ectoparasite. 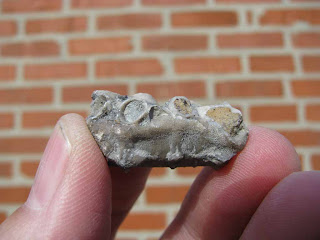 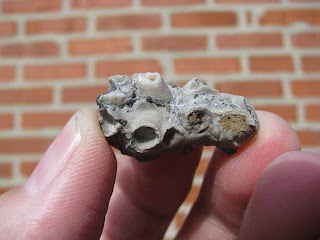 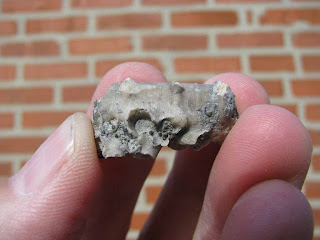 Both specimens were found in the Hungry Hollow member of the Widder formation which is middle Devonian (Givetian stage) in age.

Here is a fine example of Cladochonus antiquus that is posted on the Friends of the University of Michigan Museum of Paleontology web site.
Posted by Dave at 12:01 AM