Stromatoporoids from the Louisville Limestone

Among the most common fossils that I've collected from the eroded remains of the Louisville Limestone are Stromatoporoids, a type of calcareous sponge. They generally have two forms, the first is a mound shape: 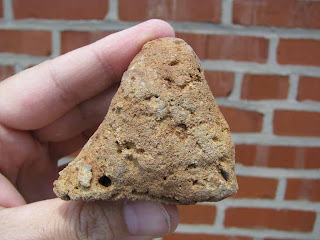 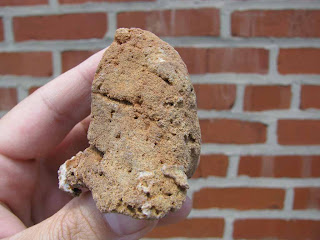 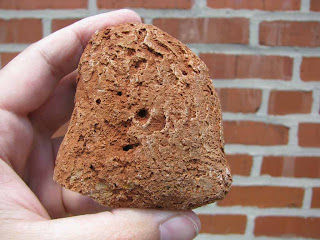 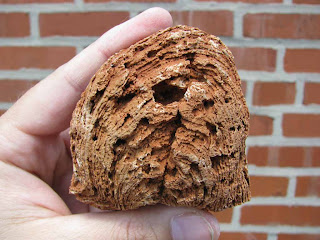 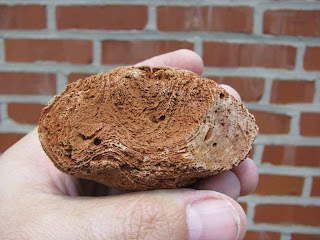 The other predominant form is encrusting, often on coral or other Stromatoporoids. 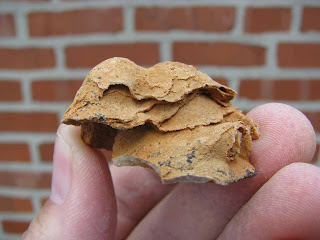 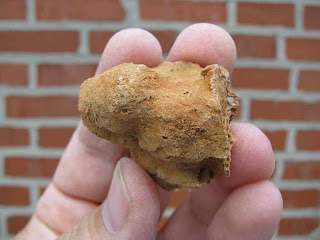 Note the piece of Coenites coral that formed the nucleating point for the colony. 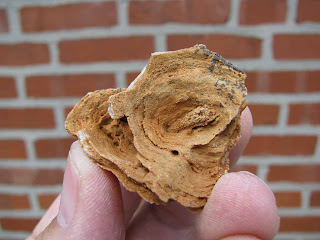 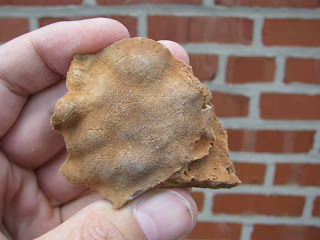 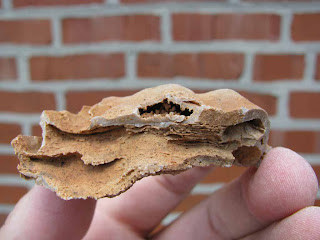 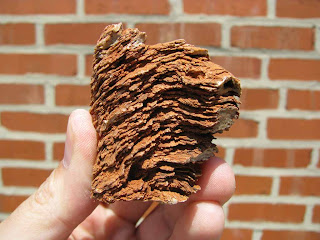 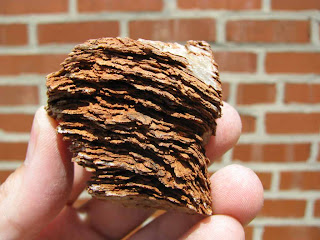 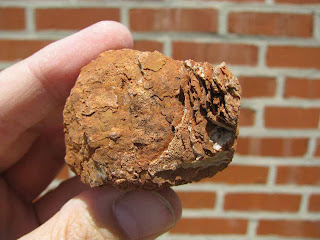 The two forms likely represent different genus and possibly families. Another explanation for the encrusting, layered variety could be that the colony frequently was partially or completely buried and subsequently recolonized the substrate. The Louisville limestone is Silurian in age (Homerian to Gorstian stage).
Posted by Dave at 12:01 AM