The fossil today is what I think is Eatonia medialis. It is a somewhat common fossil at the site they were collected although more often as fragmented individual valves. Below are a couple of whole specimens that I found. 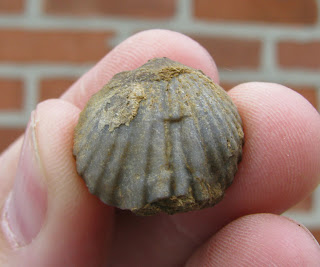 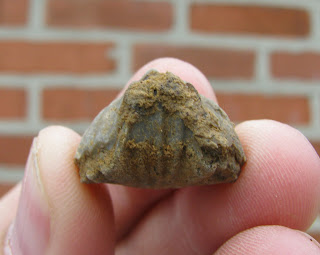 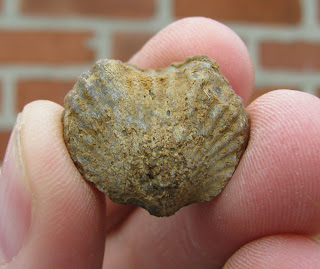 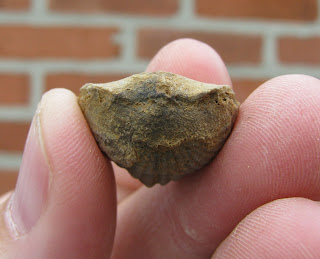 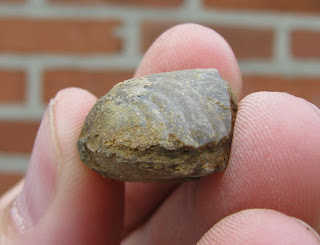 Specimen #2, note the presence of an Auloporid coral that has colonized part of the shell.
Brachial valve 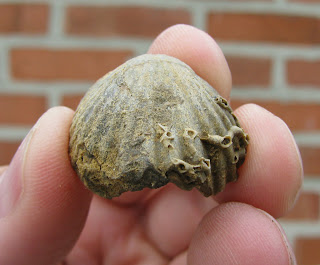 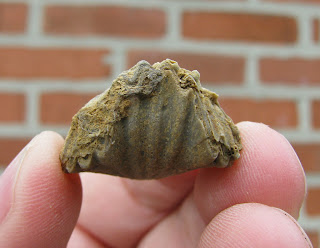 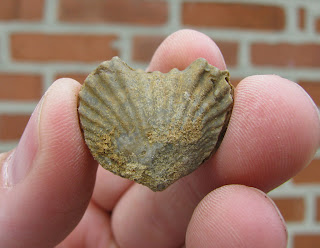 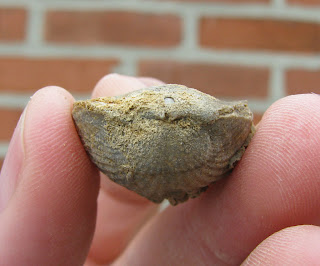 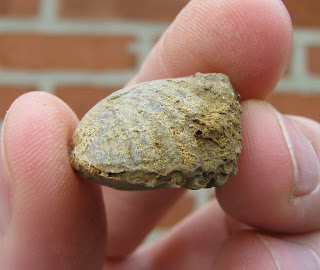 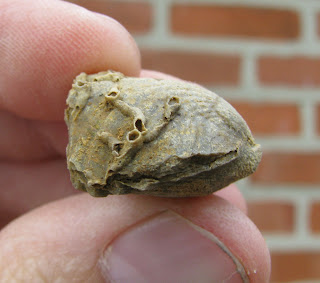 Closer view of the Auloporid 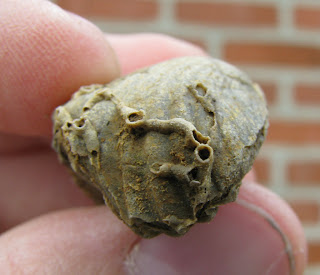 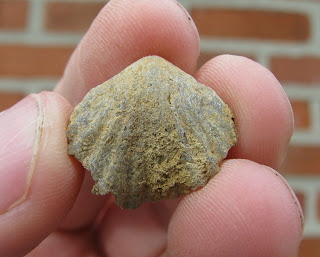 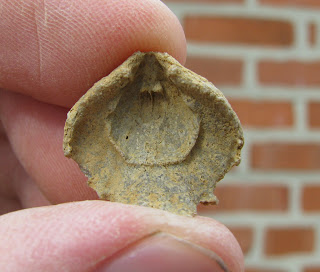 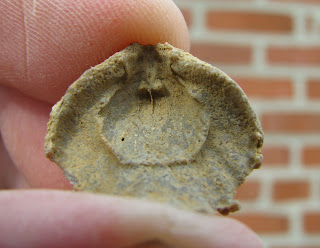 All of the above specimens came from a roadcut along US route 220 in Highland county, Virginia. The cut is listed as site #16 in the book "Fossil Collecting in the Mid-Atlantic States" by Jasper Burns. The Licking Creek formation is equivalent to the Shriver Chert member of the Old Port formation in Pennsylvania and the Birdsong formation in Tennessee which means that the fossils are part of the Helderbergian fauna.
Posted by Dave at 12:01 AM