Favosites is an ubiquitous tabulate coral in the Paleozoic. Often it was the primary reef building coral and as such there are many different species. The specimen below is one called Favosites alpenensis. It forms large colonies that are often flattened and disc shaped but covered with the typical hexagon shaped cells reminiscent of a honeycomb. 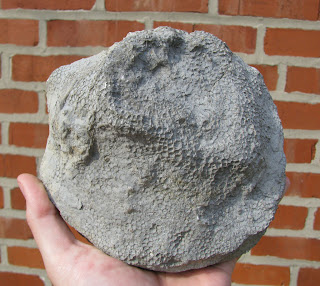 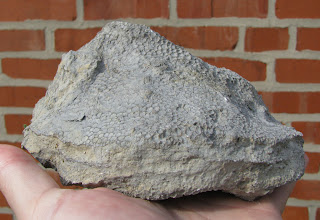 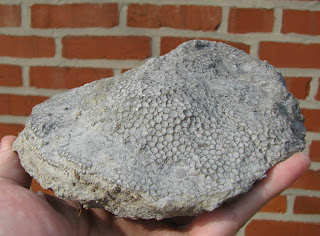 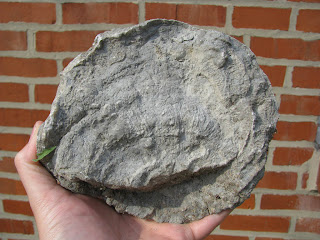 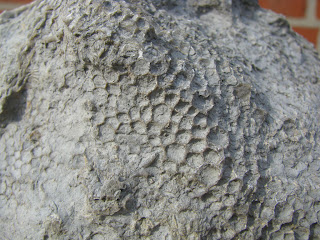 These colonies can grow to be quite large. At my friend Joe K.'s house he has one in his garden that is easily four to five feet across. Here is another that appears to have vertical growth but I think it actually represents several periods of recolonization after burial. Note the uneven layering and exposed side walls to some of the cells. I think that the exposed walls are merely an expression of the corals growth in the soft sediment that surrounded it. 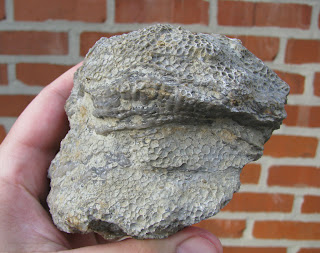 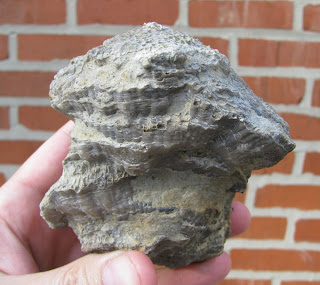 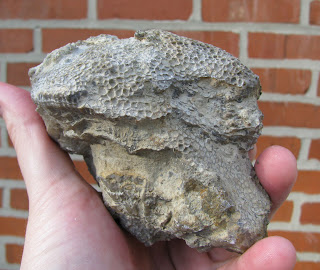 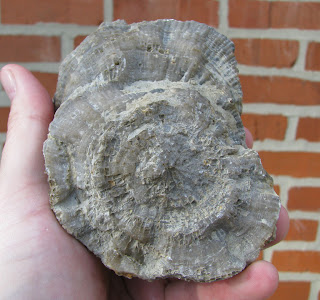 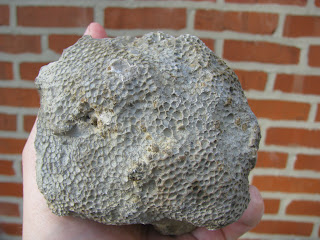 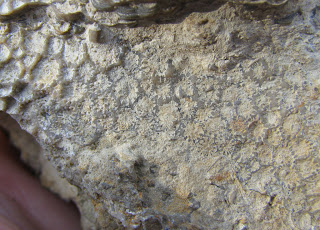 Please note that the above specimens came from the Hungry Hollow member of the Widder formation, Middle Devonian (Givetian) in age and were collected near Arkona, Canada. I've been told that Favosites alpenensis is a species that is "specific" to the rock formations around Alpena, Michigan. Within my collection I'm going to keep the Favosites alpenensis name until such a time as I find evidence that is is otherwise named. Such are the difficulties inherent with labeling fossils from different localities or, in this case, countries.
Posted by Dave at 12:01 AM