In a previous post I wrote about an insect fossil from the island of Tenerife in the Canary Islands.  In the same exchange that gave me that fossil I also received some land snail fossils from the same area. Below is Hemicycla consobrina from Bajamar on the island of Tenerife.
Hemicycla consobrina is a low conispiraled gastropod very typical of most land snails that one finds in the woods. The shell is relatively smooth but faint ridges (growth lines) are visible. 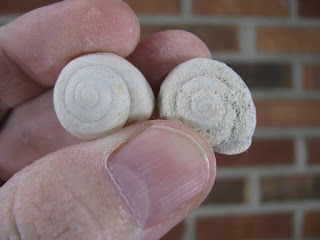 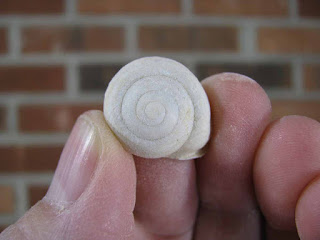 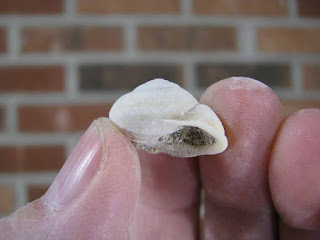 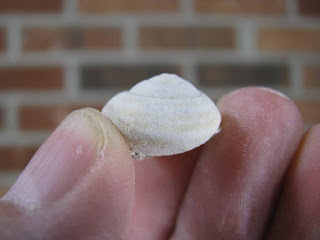 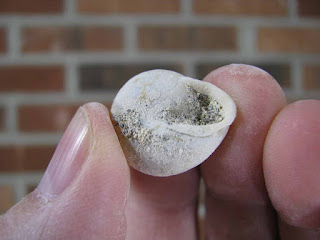 This fossil is Pleistocene in age and comes from fossilized dune deposits on the island of Tenerife in the Canary Islands, Spain.
Posted by Dave at 6:23 AM