Another common gastropod from the middle Devonian is Palezygopleura hamiltoniae. Below are a couple of examples from the Deep Springs Rd. locality in New York. The species is easily recognized by the long conispiral shell that is typically 1-3cm in length. There are prominent growth lines all along the shell that looked like an arc facing away from the shell aperture. This gastropod was extremely common and old shells were often used as hard substrate for colonial organisms like coral and bryozoans the nucleate on. Just such an example of this can be seen under the base of a colony of Pleurodictyum americanum coral. 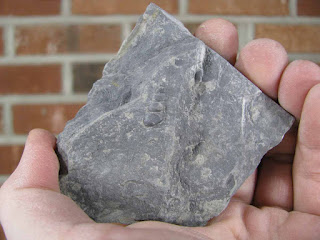 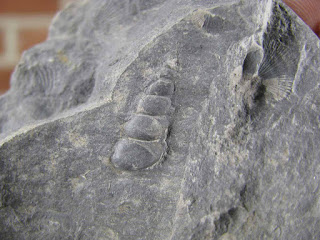 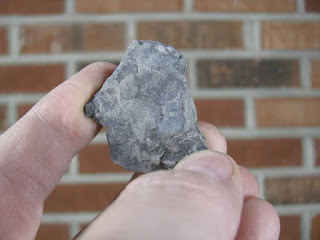 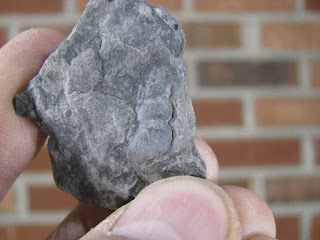 Other examples of this genus that I've posted before from the Penn Dixie locality, the Mahantango formation, the Needmore shale mbr. of the Onondoga formation, and just for good measure, here is a cousin from Germany.