The lower Devonian rocks of Oklahoma are full of really cool trilobites and I've had a chance to collect some from the Bois D'Arc formation. The Haragan formation is stratigraphically similar and  is mined by Bob Carroll for the trilobites that it contains. He has been mining for decades and doing his own prep work of the majority of his finds. When I saw this specimen of Cyphaspis carrolli (named for Bob) for sale I had to add it to my collection.

It's a small trilobite with raised eyes and spines coming off each side of the cephalon as well as one off the middle of the thorax. The specimen has been expertly prepped by Bob and looks like it is just resting before moving on. 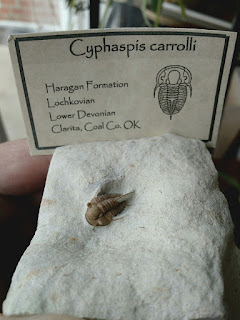 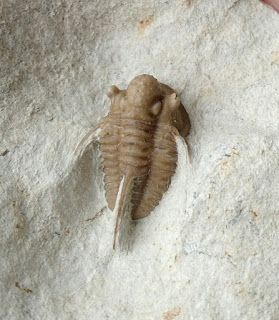 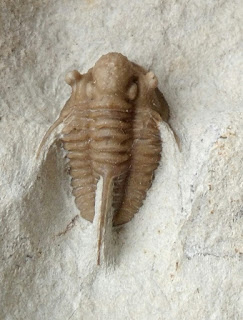 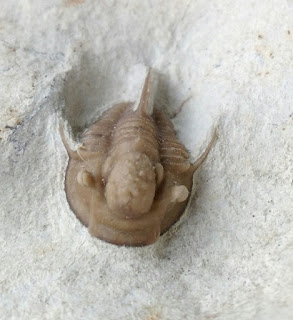