Hyoliths are enigmatic creatures that existed from the Cambrian until the Permian. They have triangular shaped shells that are half moon shaped in cross section, an operculum that covered the head and two little horns, called helens, that protruded out from where the operculum and body met. I found a specimen of a Hyolith called Hallotheca aclis in Madison County, NY in the Moscow Formation (Devonian, Givetian stage). The view is of the ventral surface, or underside, of the shell and you can see the fine concentric growth lines. 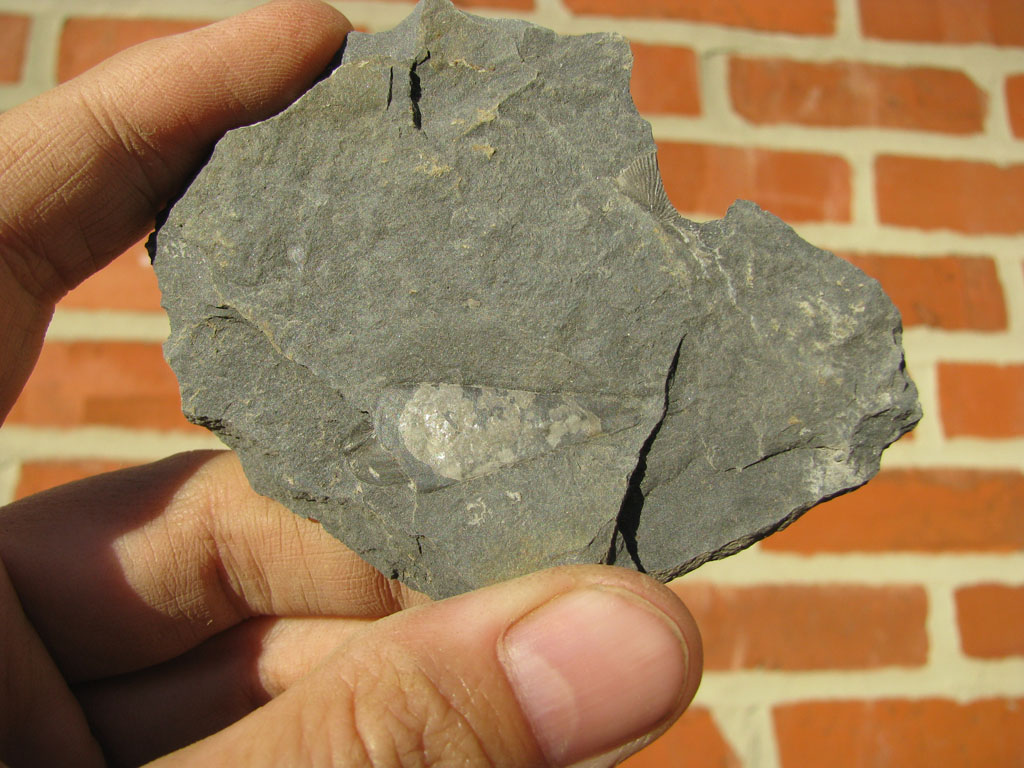 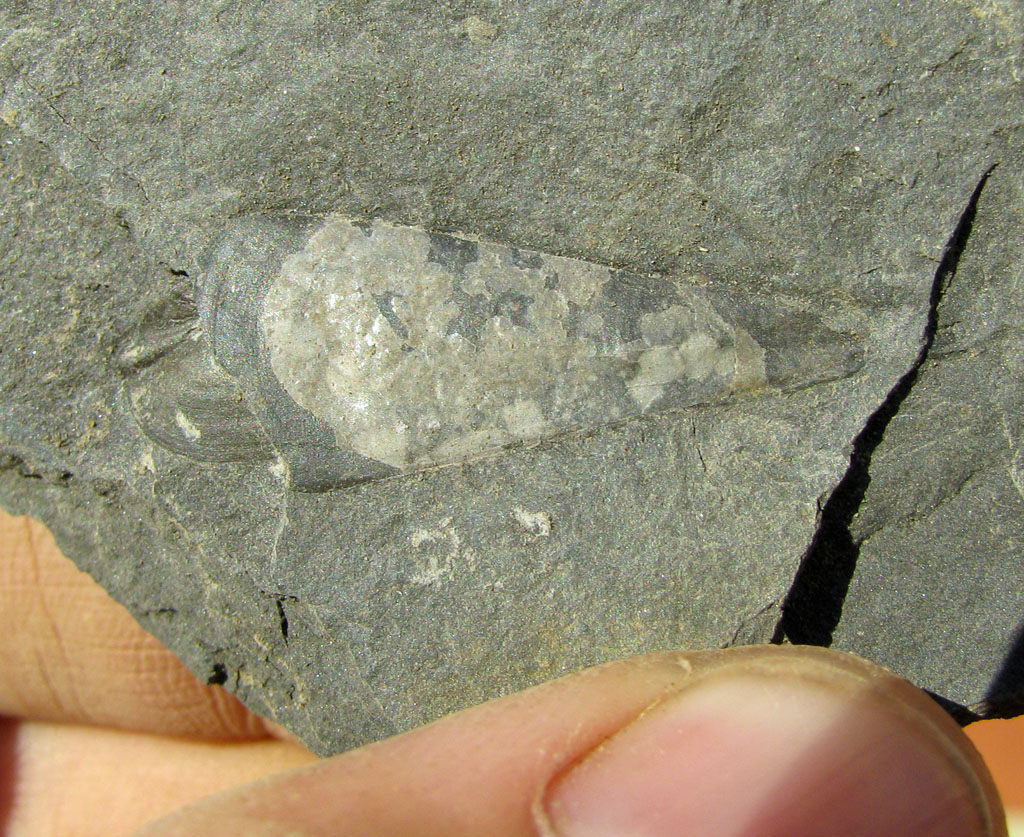 The coolest part of this specimen is that the operculum is preserved as well and nearly articulated. It's rotated from the life position but the fact that it's even present is rare. This is the only specimen of the operculum that I've found. 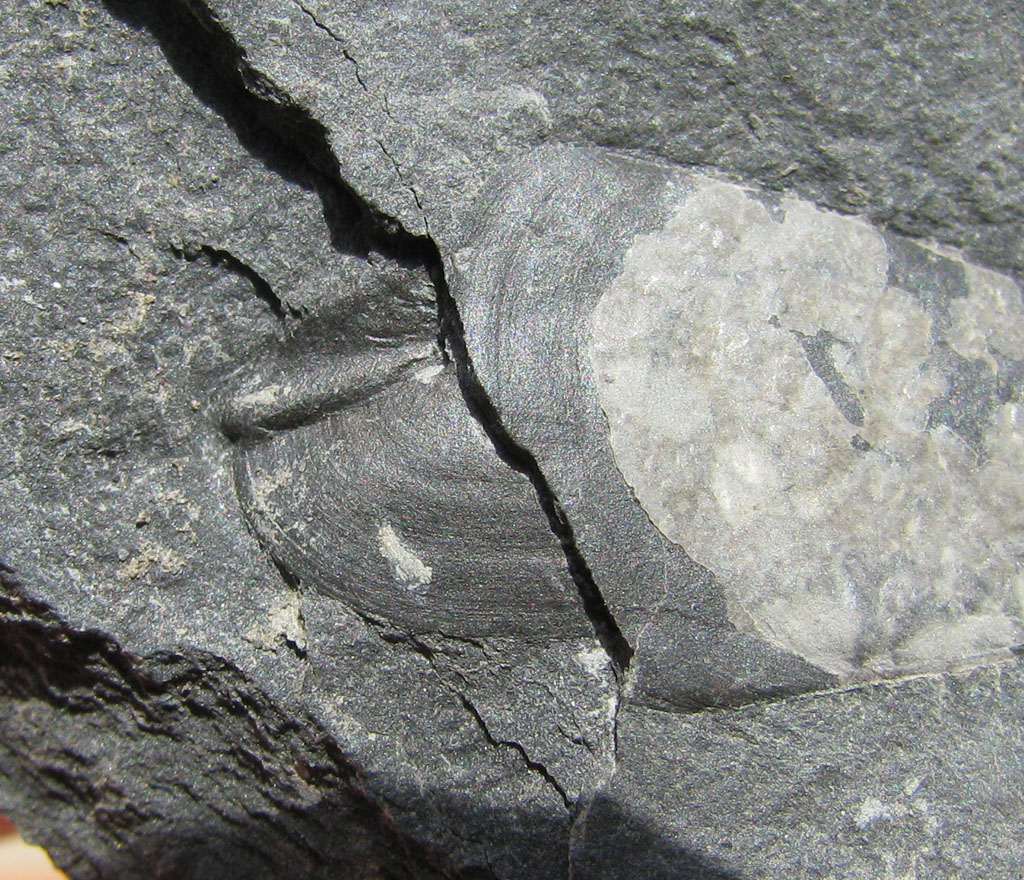 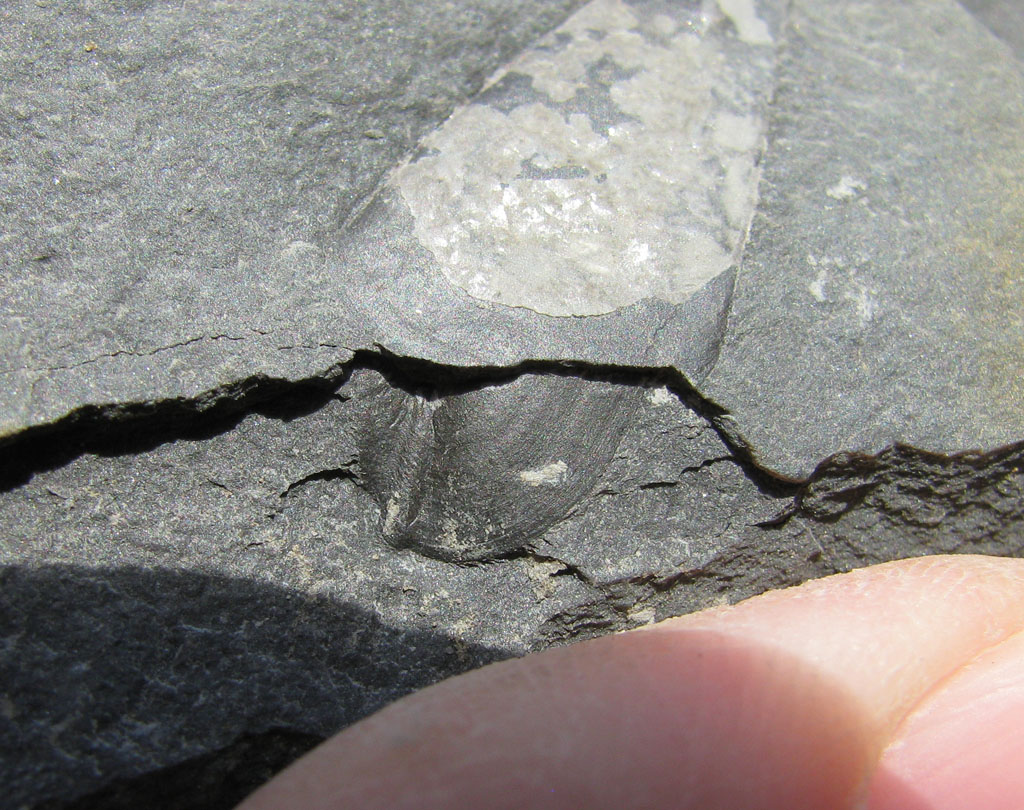 The only other examples of this odd fossil that I've found have been from the Mahantango formation in PA of which a portion is roughly equivalent to the Moscow formation.
Posted by Dave at 12:01 AM