Once a hard shelled animal dies it's shell often lies around on top of the muddy bottom until it gets buried. While it is exposed it provides a hard surface for many other encrusting animals that otherwise would not be able to establish themselves. Today I have two examples of trace fossils that were left on the interior surfaces of pelecypod shells from the Devonian aged Panther Mountain formation in NY.

First up is this shell which may be an Actinodesma erectum or another species. It's hard to say for sure because along the hingeline only the wing is visible and not the ear. But that is not why I kept the piece. What caught my eye are the spider like trails that criss cross the fossil. 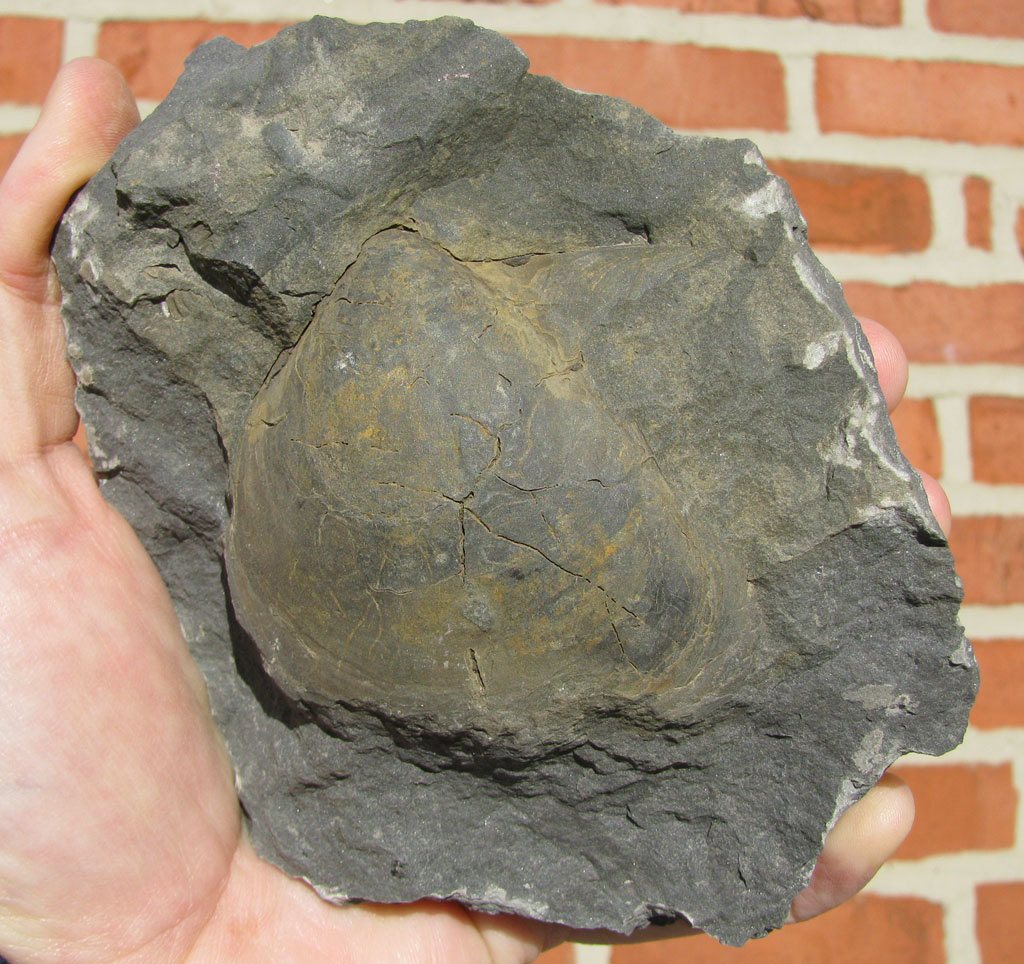 It's important to remember that the fossil is not composed of shell material (actual, remineralized or replace). Instead it is a cast that shows the interior surface of the shell. If it were a mold the shell would be concave and not convex like this specimen.  Getting back to the fossil, a closer look reveals what looks like cracks in the surface (which was my initial reaction). I think there is a better explanation though. These lines all join together and are sinuous in places and they also have differences in depth and width. Perhaps they are evidence of worm tubes or bryozoans that colonized the interior surface of the shell while it was exposed. It could also be evidence of a type of sponge that bored into shells and used the calcium carbonate to build it's skeleton. 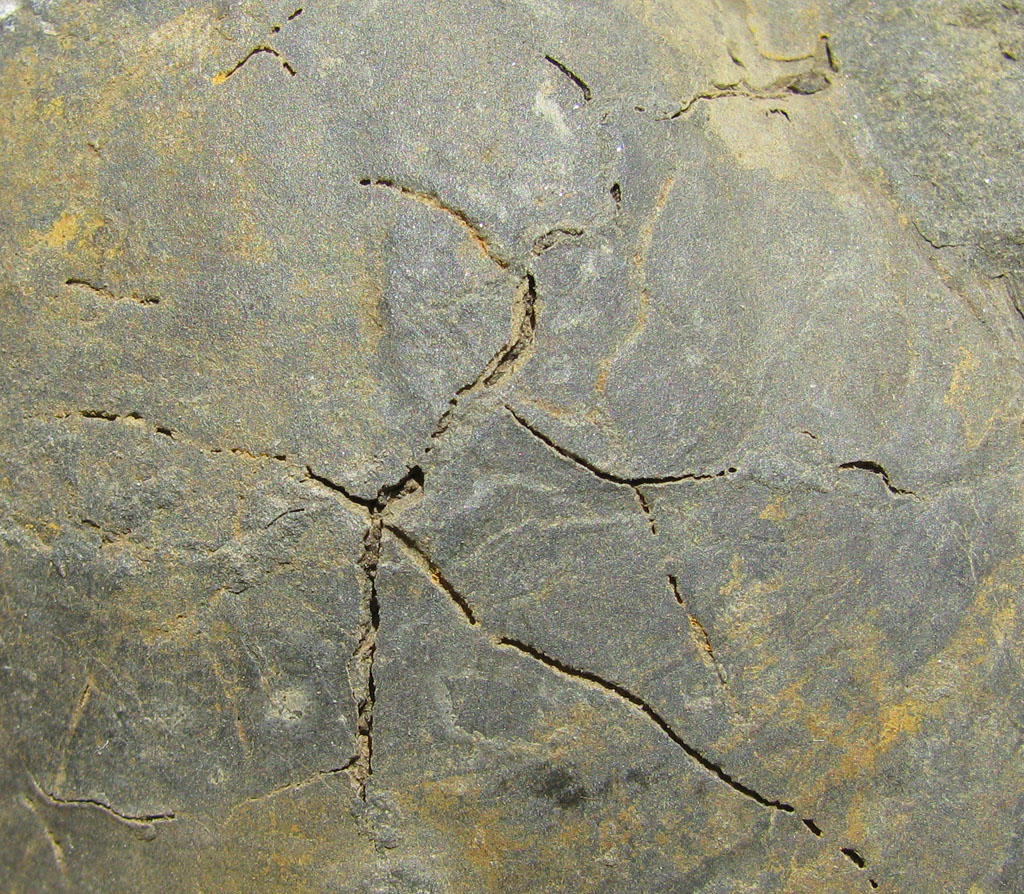 Then, off to the left side, I noticed another pattern. This one looks like a bursting firework or a flower like a Dahlia. 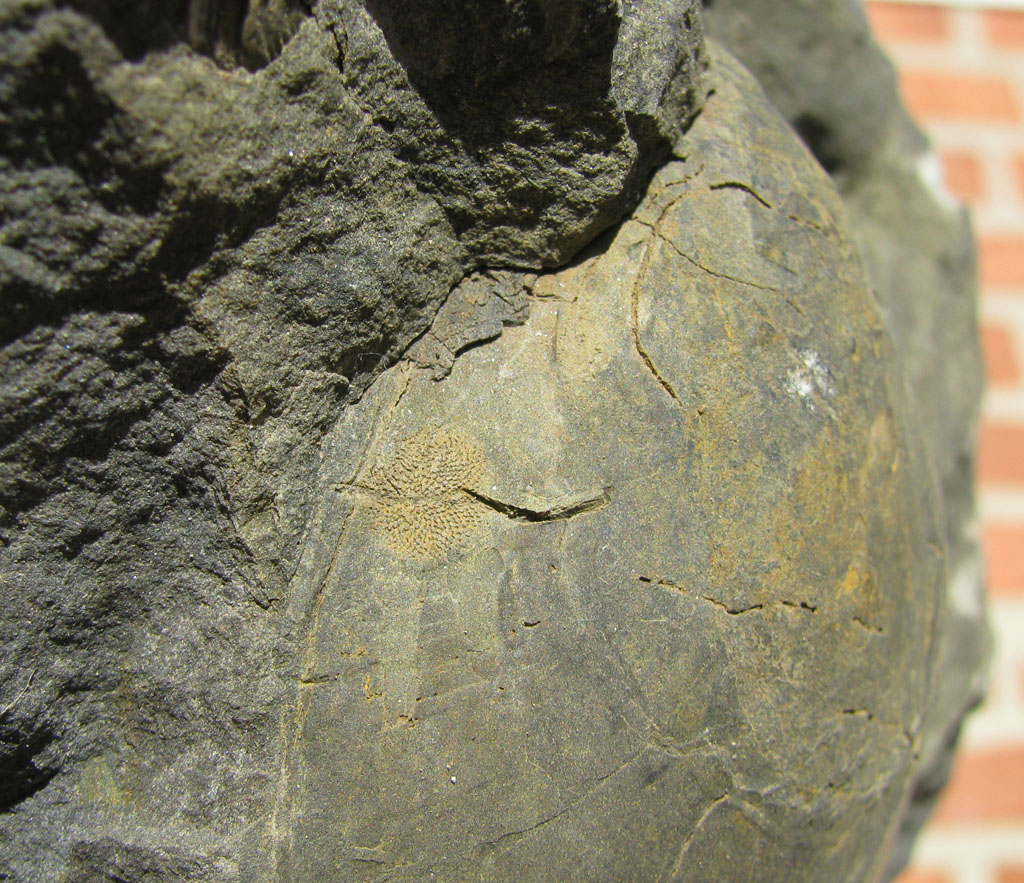 A closer view shows a clear pattern and I think it is of a species of bryozoan called Paleschara incrustans. Interestingly, it appears to have over grown over one of the sinuous lines implying it colonized the shell later before it ultimately became buried. 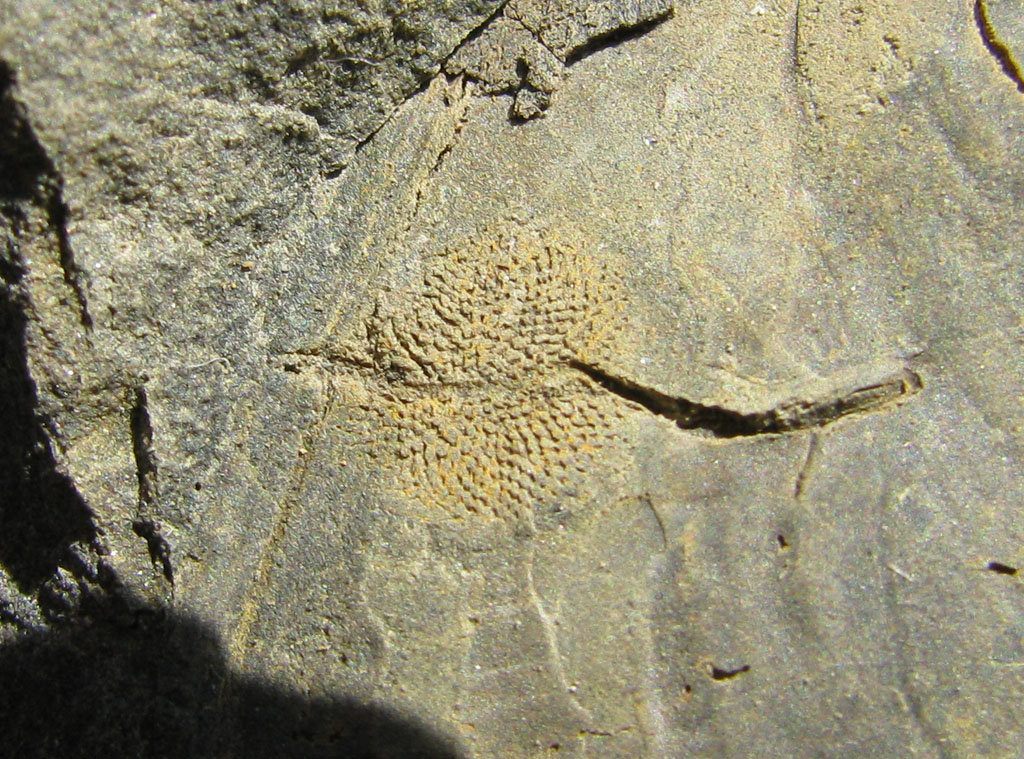 Another pelecypod fossil from the same locality is shown below and this one has multiple, straight and wide traces on it. 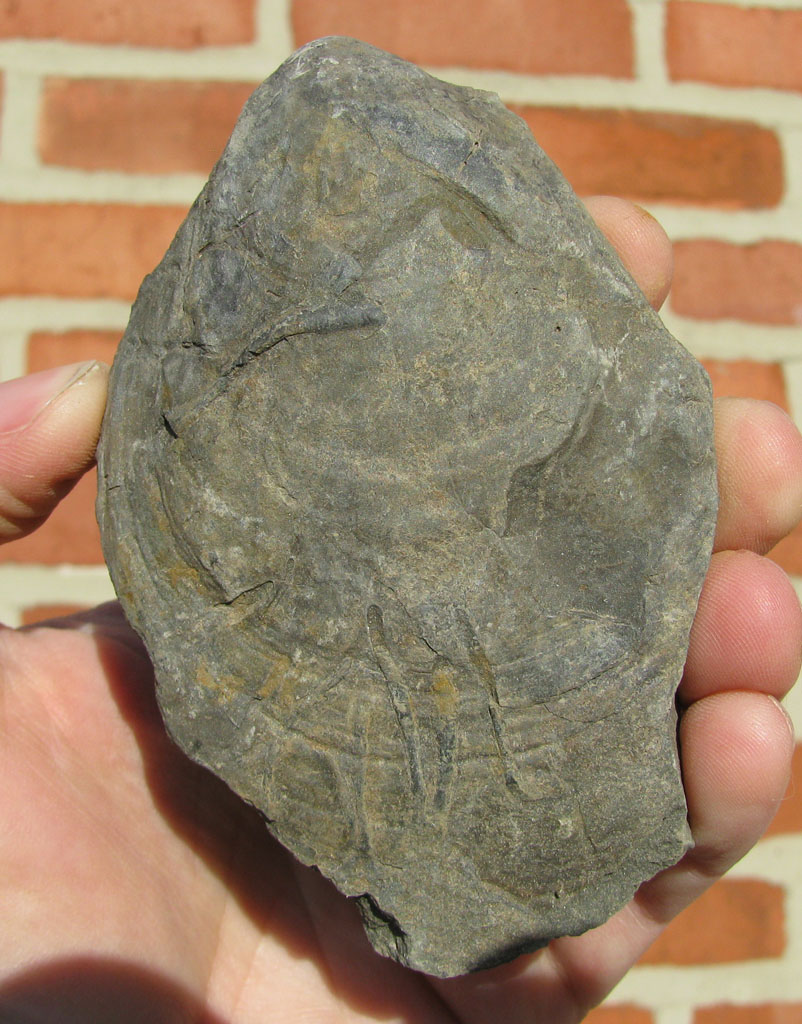 To me these look very much like a boring clam or sponge that was digging a home within the shell of the expired clam. 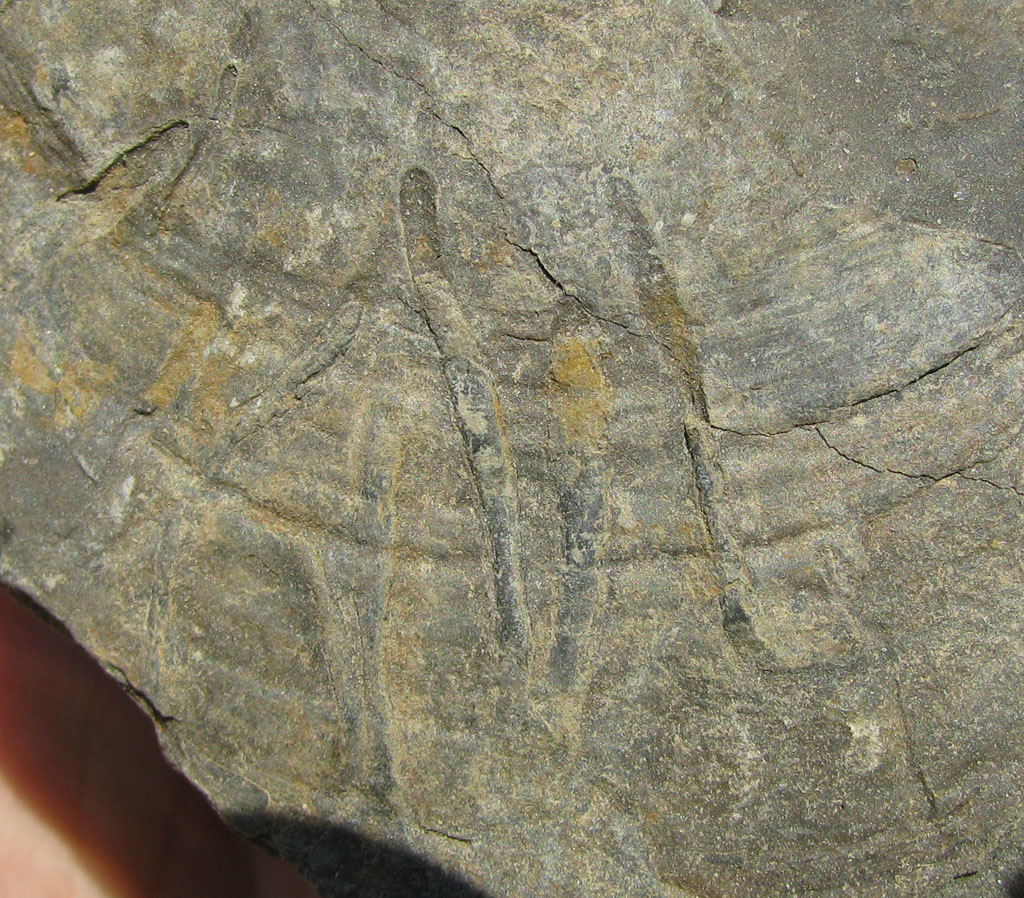 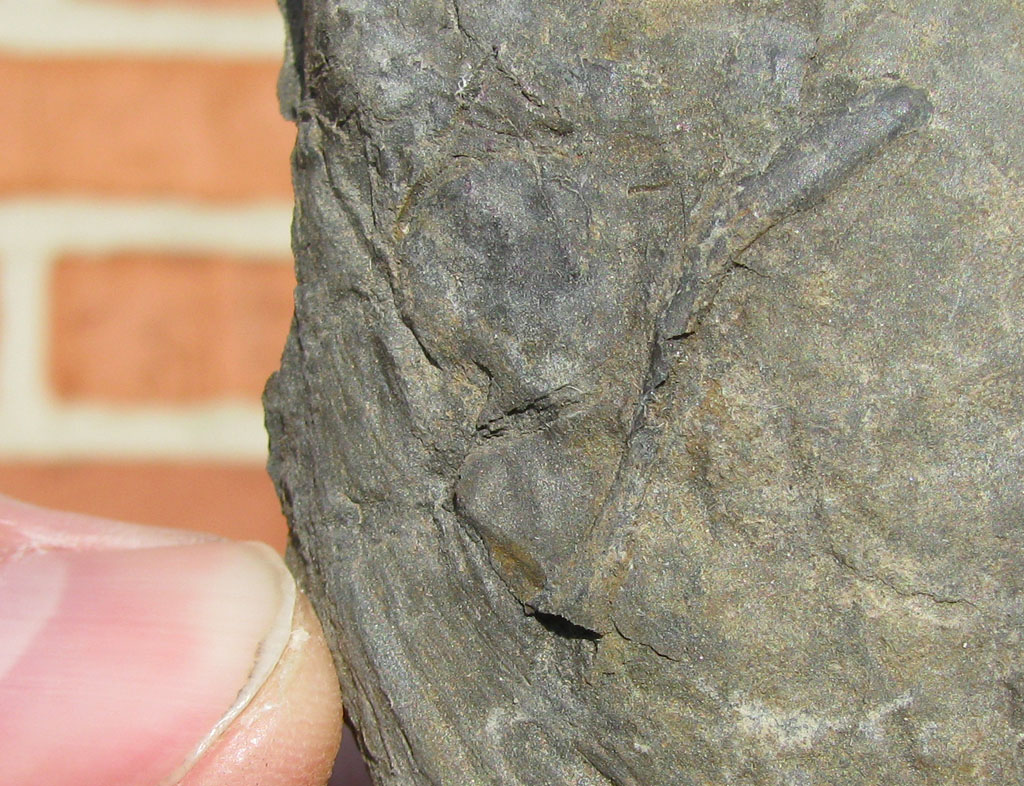 Both specimens come from the Panther Mountain formation (Devonian, Givetian stage) at Cole Hill Rd. quarry in Madison county, NY.
Posted by Dave at 12:01 AM