Another brachiopod from the Lime Creek Formation is Theodossia hungerfordi. From what info I can find (primarily Paleodb.org) Theodossia is a genus that is confined to the late Fransian stage of the Devonian. This is a fairly common species in the Lime Creek Fm. as is evidenced by the many specimens seen in auctions and at fossil shows.

Brachial valve (with a little dent in it) 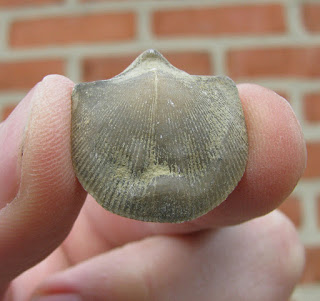 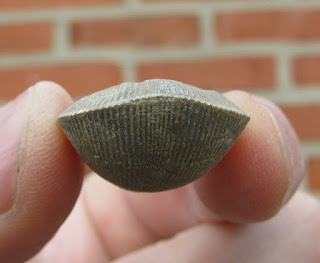 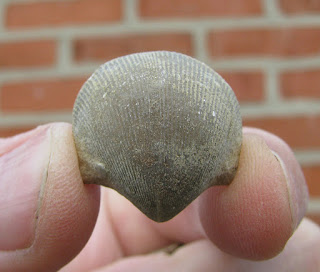 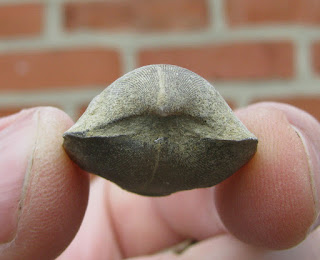 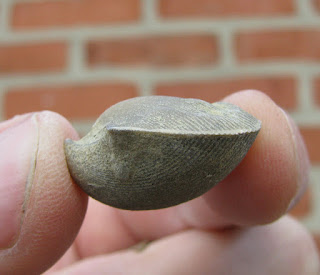 A sampling of different sized shells 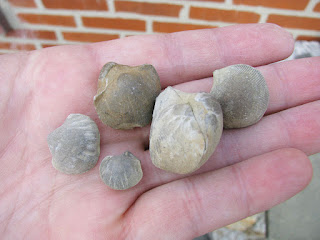 The above specimen came from the Lime Creek Formation exposed in an old quarry that has been converted into a tourist park called the Fossil and Prairie Park Preserve near Rockford, Iowa.
Posted by Dave at 12:01 AM